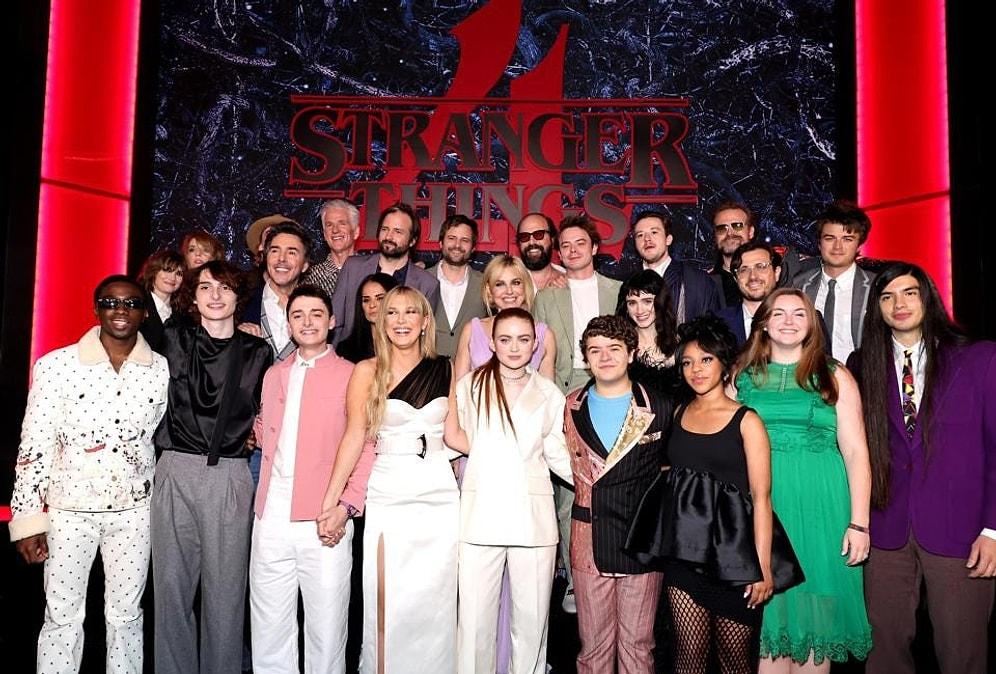 Revealing the Richest of Them All: Stranger Things Casts Net Worth Ranked

With the worldwide success of the Stranger Things franchise, the fandom is expecting that the cast of the second most-streamed show on Netflix is now swimming in thousands of dollars!The kids and supporting casts who starred in the first two seasons of Stranger Things reportedly received about $30,000 each episode. They each received about $510,000 as a result. The cast negotiated their pay in advance of season three, thus they received an increase. They received about $2 million in total, or $250k each episode, in season three. Therefore, several of the cast members had already made over $2.5 million before season four even premiered.The veterans, on the other hand, undoubtedly made more money (sometimes even twice as much), largely due to their prior experience and overall presence in Hollywood.For the curious cats, read on because you will discover the cast's acting career and their net worth in 2022. 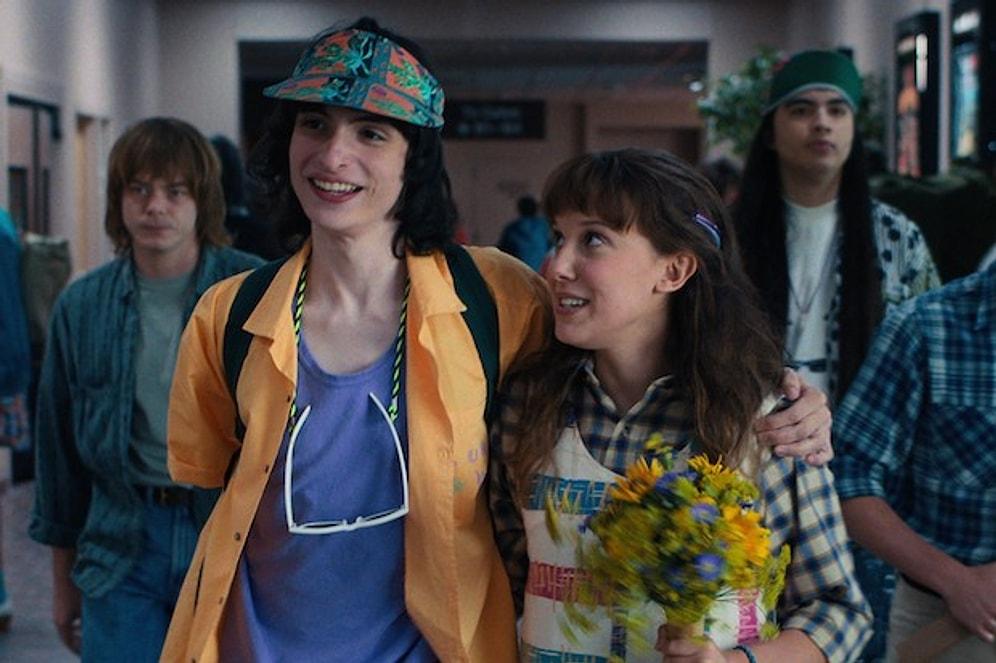 Who are Stranger Things Main Casts Dating in Real Life?

We get it Stranger Thing fans--you all love how the pairings are going on the show. Well, who doesn't want Mike and Eleven ending up together in real life? How about Max and Lucas fulfilling their cinema date off screen? Dustin and Suzie fulfilling their Never Ending Story while being all geeky?Although these pairings aren't couples in real life, we know you want to know who their real love interests are. 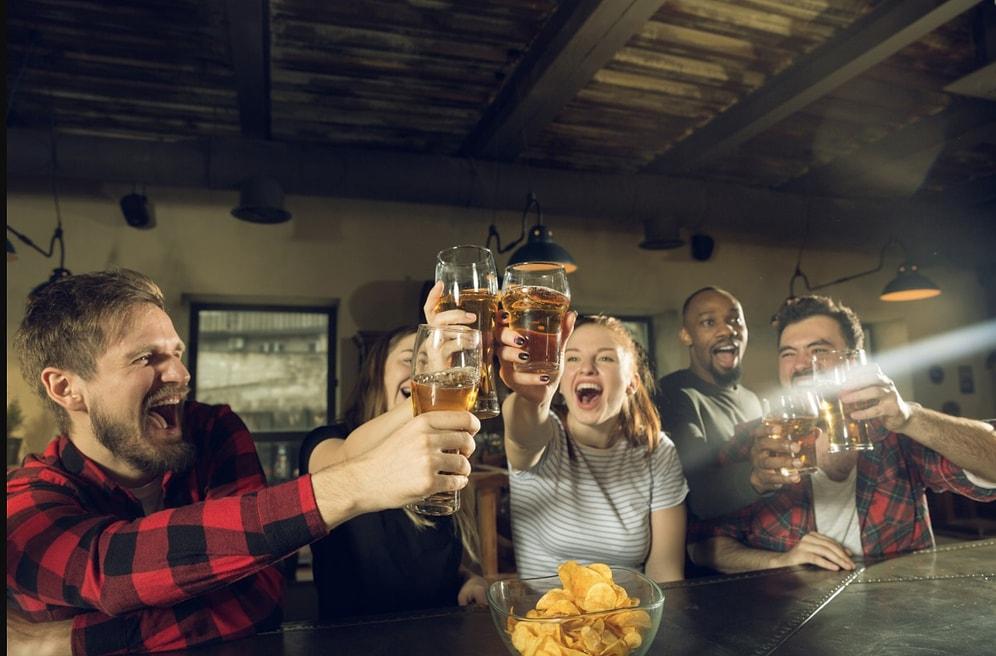 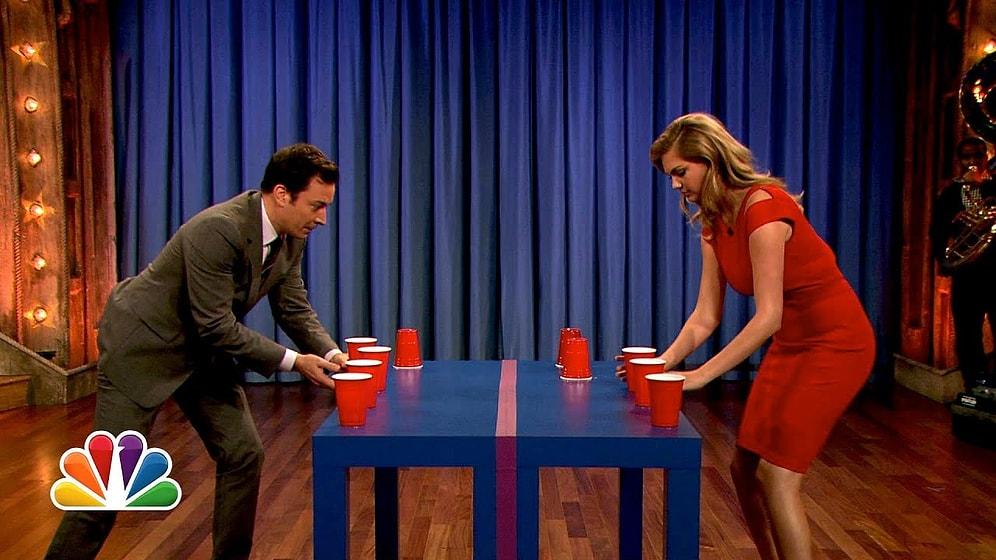 Ah, drinking games. What is a party without one? Remember the last time you had one? Probably not all the details, but you’re not alone and your secrets are safe with us! Drinking games are about as old as alcohol itself. You can thank the fun-loving ancient greeks for the invention of drinking parties as we know them today and also for the first-ever recorded drinking game called “kottabos”- a game wherein you throw the dregs of wine found at the bottom of your drinking cup against a wall in competition, post-chug. Not very complex we know, but drinking games are a tradition and are all about speed and endurance. 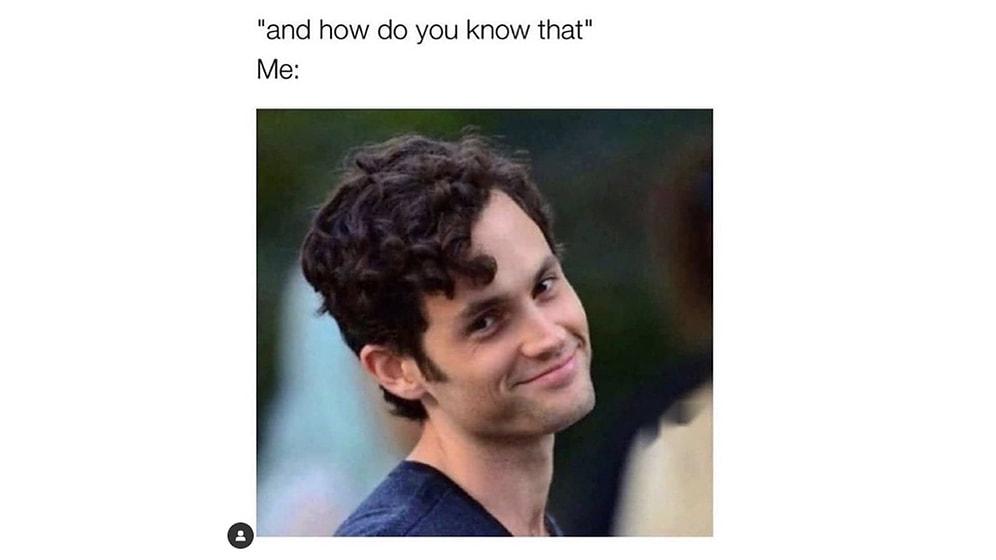 Creepy, Funny, Macabre, or Sickeningly Romantic. No matter how you describe one of the best and top rated series in Netflix, YOU, you have to admit that the quirky and deadly couple Joe and Beth, make almost every moment “memeable” (shall we make this a word?)  indeed. If you are one of those few who have yet to follow the lives of what could be the most complicated of serial killer couples (are there any that are not?) then I suggest you get your Netflix game in order- you certainly won’t regret it! For those who have gone through the series, then this is definitely for you. Here’s a dose of witty and funny YOU memes to use in common social media scenarios. When you know something they don’t but can’t really say anything yet, or you aren’t really sure about your facts yet but want to seem like you do, know it all. This meme from Bitchygirlsmeme on Insta can say it all just perfectly. 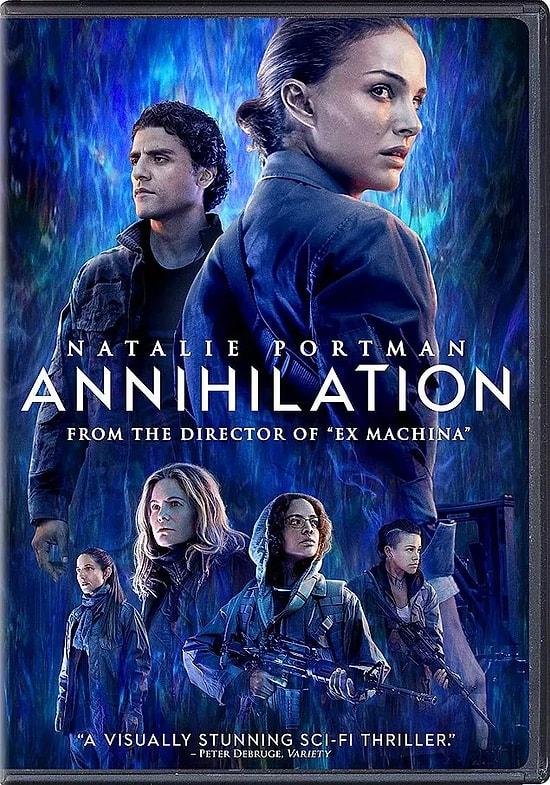 Are you one of those who can't get enough of watching thriller movies? It is a fact that we love watching TV series full of tension. While trying to solve murders and police investigations, Here are some of the best of the thriller series for you, in which we delve deep into the characters and discover their secrets... So get ready! We have listed the great thrillers of Netflix for you.
Advertisement 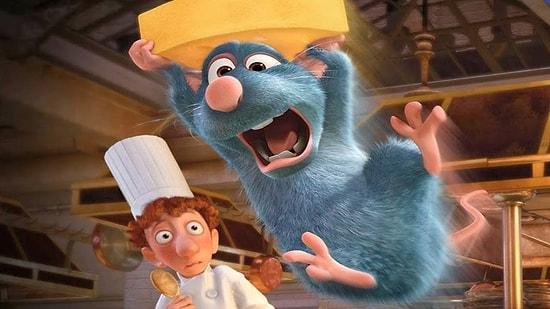 Netflix, one of the largest online streaming services in the world, is also appreciated for its animated films that appeal to all ages. Here are 10 successful animated films on the platform. 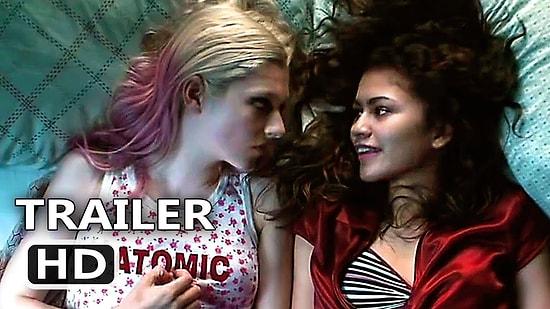 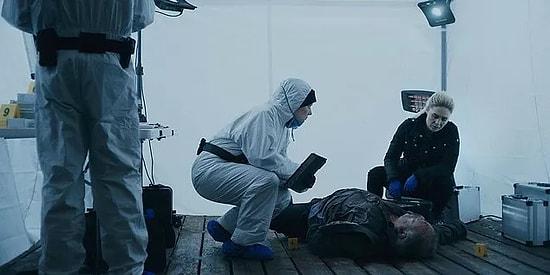 Crime fictions always attract a lot of attention because they promise mind games to their enthusiasts. For example, you speculate on the case Sherlock Holmes is trying to solve, or you follow the murderers out of breath with a detective you love. Detective series from many different countries are offered to the audience on Netflix, who want to experience this excitement. If you are fond of detective series, take a look at our list. Here are the 15 best crime-themed TV shows on Netflix. 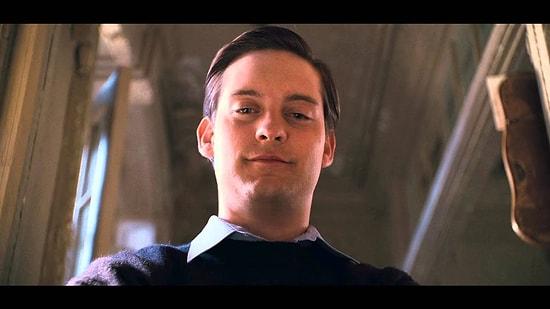 All Spider-Man Movies Ranked From Worst to Best

Even folks who aren't fans of comic books or the Marvel world have heard of Spiderman from time to time. Since his debut, Spiderman has established himself as one of the most recognizable characters. Here are the Superman films, ranked from worst to greatest by IMDb ratings! 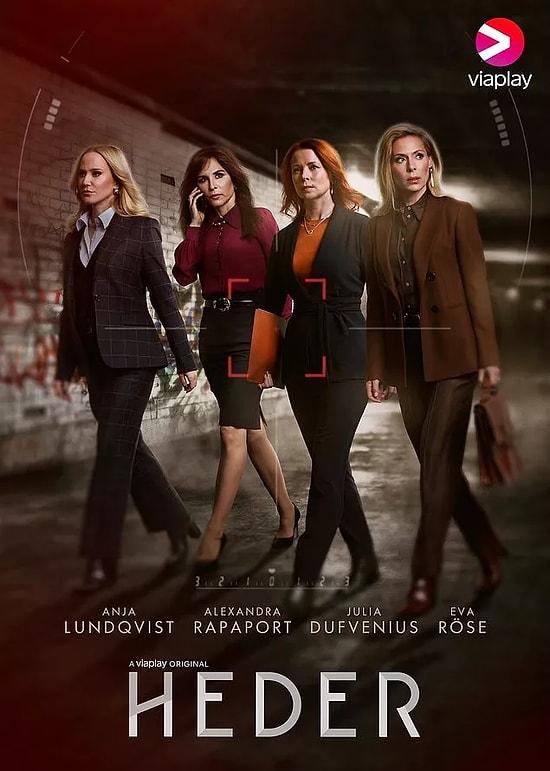 Any serial addicts here? Welcome! If you have finished all the TV series on the market and you want to examine the TV series from different geographies that have not yet come to light, this list is for you. We have listed beautiful TV series for you, which are the productions of Scandinavian countries such as Sweden, Norway, and Denmark, which made a lot of noise in their countries and inspired other productions. Have a good time already!
Advertisement 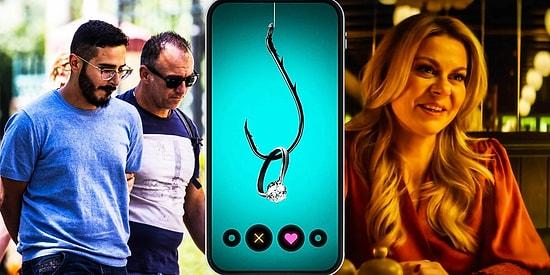 As you know, Netflix recently broke viewership records by releasing a documentary film called Tinder Swindler. This documentary, which the whole world is talking about, continues to be a game-changer.We have brought together many productions with the taste of Tinder Swindler for you. Let's move on to our crime and fraud-themed TV series and movie recommendations. 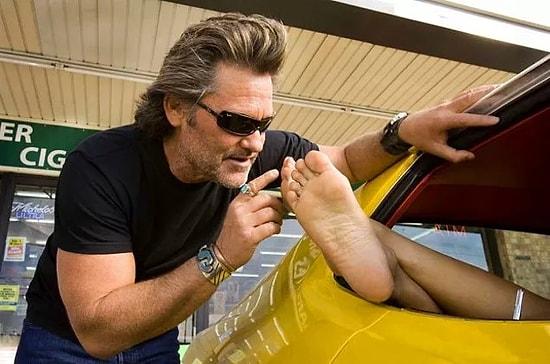 Quentin Jerome Tarantino is an American film director, actor, and screenwriter with two Oscars. Tarantino films have a unique energy and subject. The director's followers usually know what to expect when they watch a Tarantino movie. The director's films usually come to the fore with their non-linear story flow, dialogues, and bloody violent scenes. With his Tarantino films, he brought a new breath to the clichéd American films.We have compiled the 13 best films of Quentin Tarantino, one of the best directors of all time, according to the IMDb ranking.Enjoy watching! 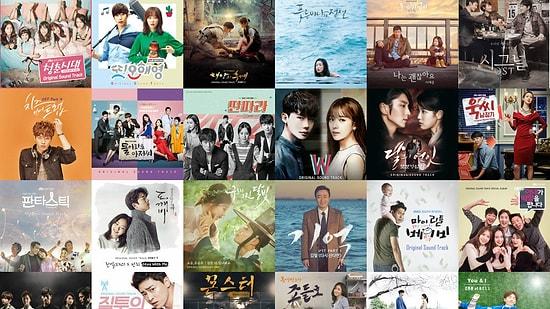 With the Hallyu, that is, the Korean wave, which has spread rapidly throughout the world, Korean dramas are watched with great interest. Many people wonder why these TV series are so popular in our country and around the world. So what makes these series so interesting? 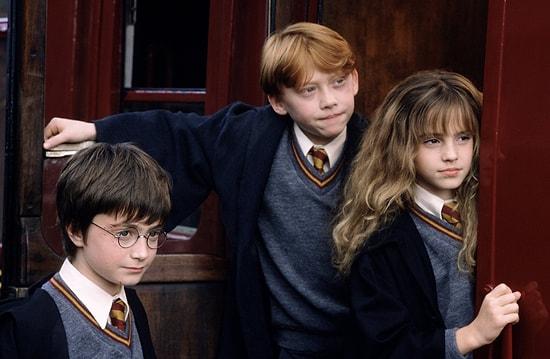 Phenomenal fantasy writer JK Rowling became a world-renowned name with her Harry Potter series. Daniel Radcliffe, Emma Watson and Rupert Grint shared the lead roles in the series, which was decided to be screened in a short time. Incorporating many important names, the series has become one of the cult fantasy series of the silver screen. Eight films of the series, which deal with the encounter of an orphan boy with lifelong friendships and deadly enemies, as he learns that he is a magician and embarks on a magical adventure, were ranked from worst to best by Digital Spy editors in honor of Rowling's birthday. 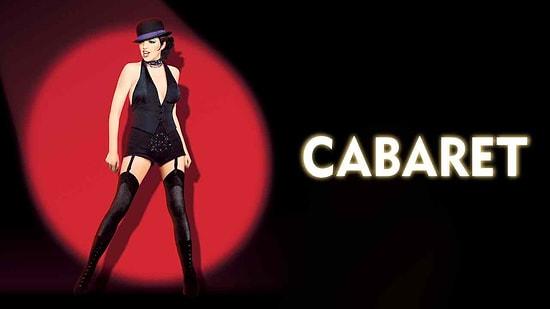 Now Streaming on HBO Max: Movies for Every Mood

Awards season is officially beginning, so if you’re not catching up on all the new films, you might want some old classics instead. Since HBO Max has a good mix of old and new movies (as well as critically acclaimed TV series), here are a few old ones while you wait to see who collects the most awards this year.
Advertisement 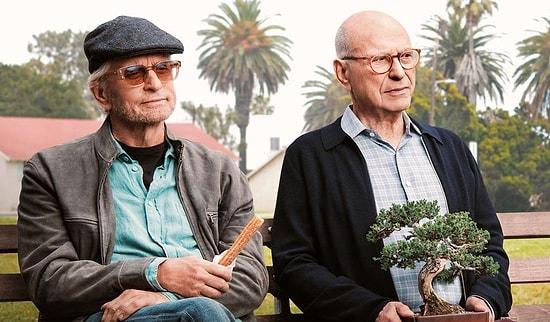 Netflix has entered almost every country, leading the world in producing original content in digital broadcasting. The most popular aspect of Netflix, which changed viewing habits and set the agenda in a very short time in Turkey, is that it hosts many comedy contents. If you want to have fun and entertaining moments, here are the funniest Netflix comedy series! 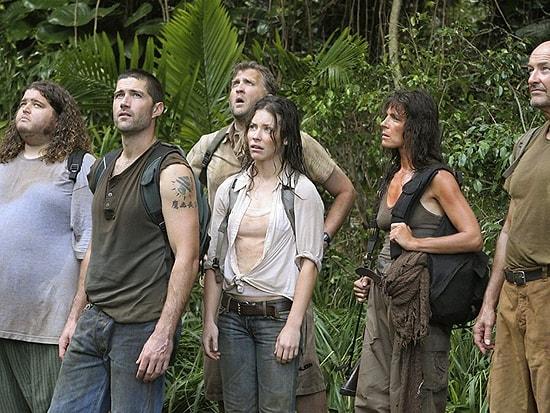 12 Alternative TV Shows for Those Who Can't Forget 'Lost'

Lost is one of the TV series that played the most important role in spreading the foreign TV series culture in Turkey. Jeffrey Lieber, Damon Lindelof, and J.J. Coming from the genius minds of Abrams Lost includes many topics from smoke monsters to time travel. Lost, which is about a group of survivors whose planes crashed on a tropical island, covered many different themes over the course of 6 seasons. The character developments, the transitions of the subjects, and the bonds between the subjects are given to the audience in a very impressive way. 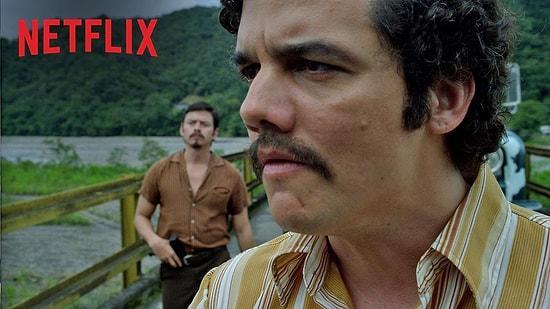 9 Shows to Watch on Netflix If You Enjoyed Money Heist

Money Heist, aka La Casa de Papel, one of the most loved series of Netflix, became the most-watched television series in France, Italy, Argentina, Chile, Brazil, and Portugal. The series has a significant fan base in North Africa, the Middle East, and our country. The series, which was on the verge of cancellation before Netflix bought its rights, has 19 awards, including the Emmy Awards.Money Heist, one of the most cleverly prepared series that the audience watched on the screen, created a huge fan base around the world. We have listed the alternative series for you, for the series that made its finale with the 5th season. 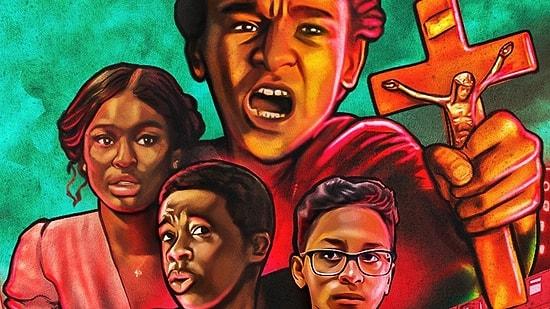