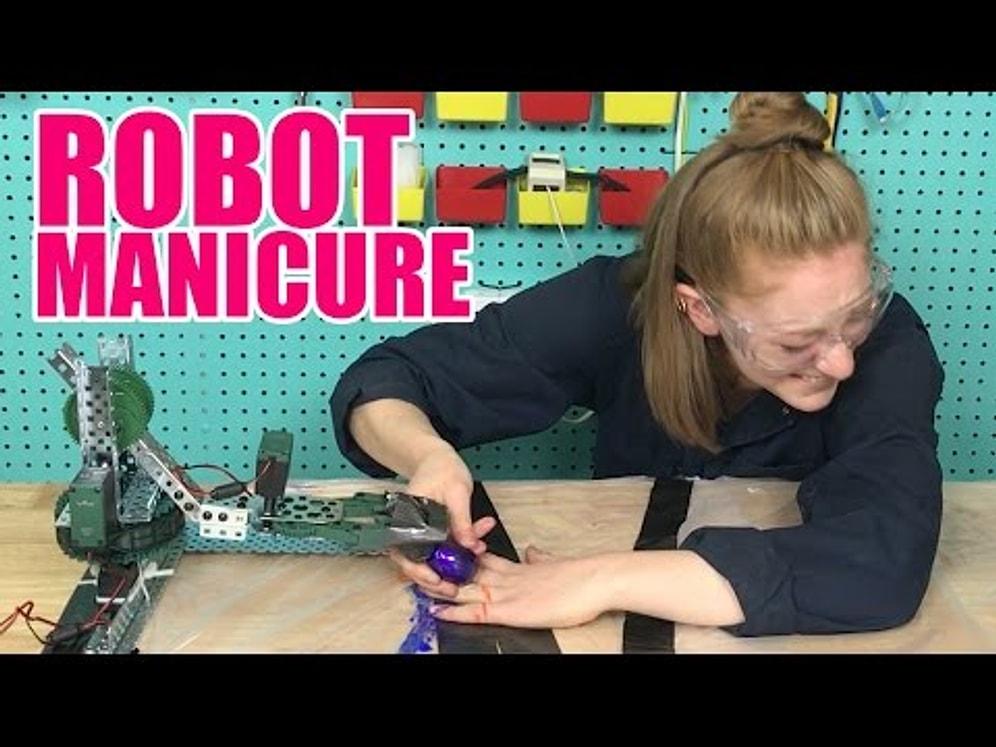 We are sure that you have heard Simone Giertz, the amazing lady with multiple crazy robots at this point. She is creative and she always manages to  try out her absurd ideas out! Here is her latest, the manicure robot! 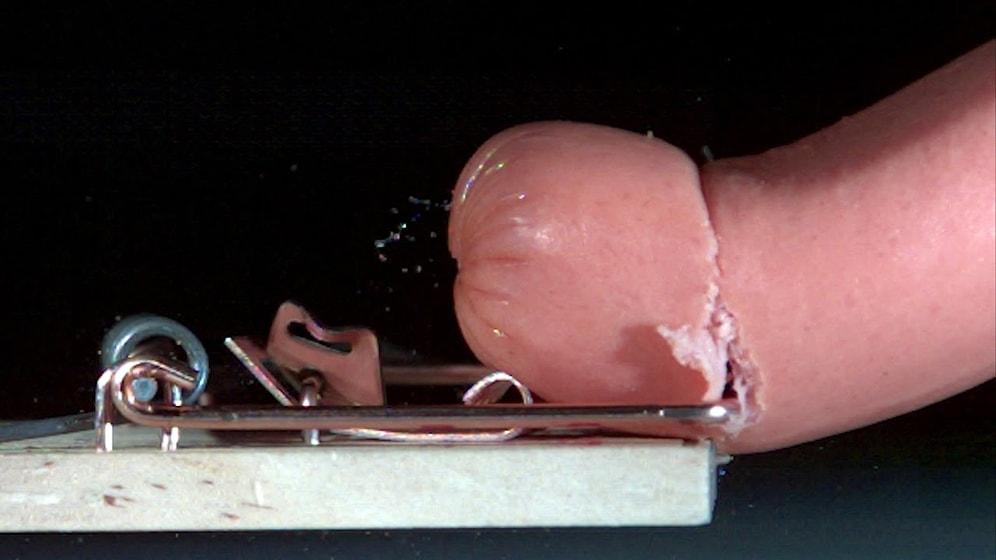 The Warped Perception channel's footage of a hot dog sausage being sliced by a mouse trap at 147,000 frames per second is hypnotizing... and slightly brutal. 😲

Seeing inside of a device is interesting for almost all of us, especially if the machinery in question is a high-end product of a technologically advanced sector. So even if you are in no way interested in weaponry, or mechanics, these amazingly animated gifs will mesmerize you forever! 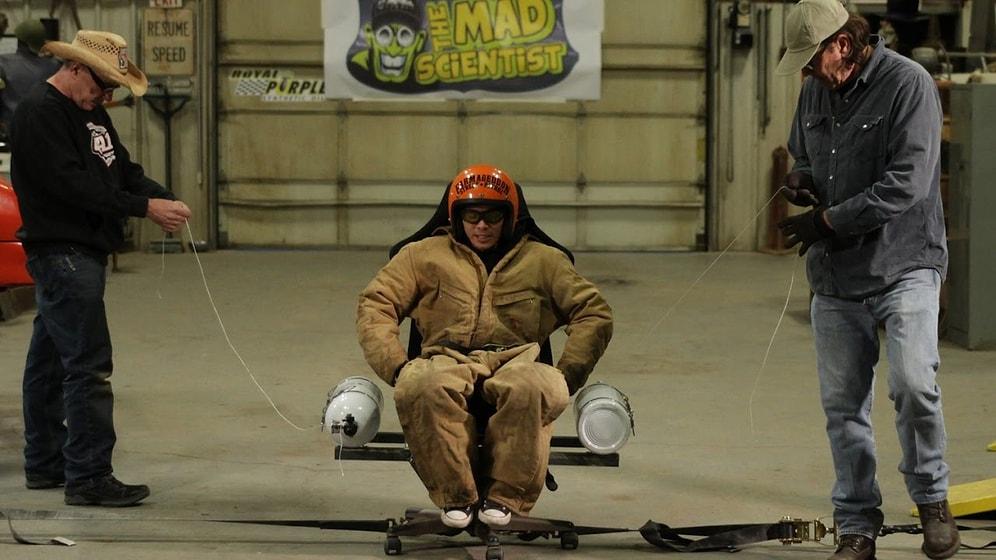 “Don't try this at home! The Nitro Chair wasn't exactly the best idea we've ever had but it turned out that I actually don't like going 300 mph,” they say in the original caption of the video. If you want your mind blown today, here’s a few people who almost literally did it! 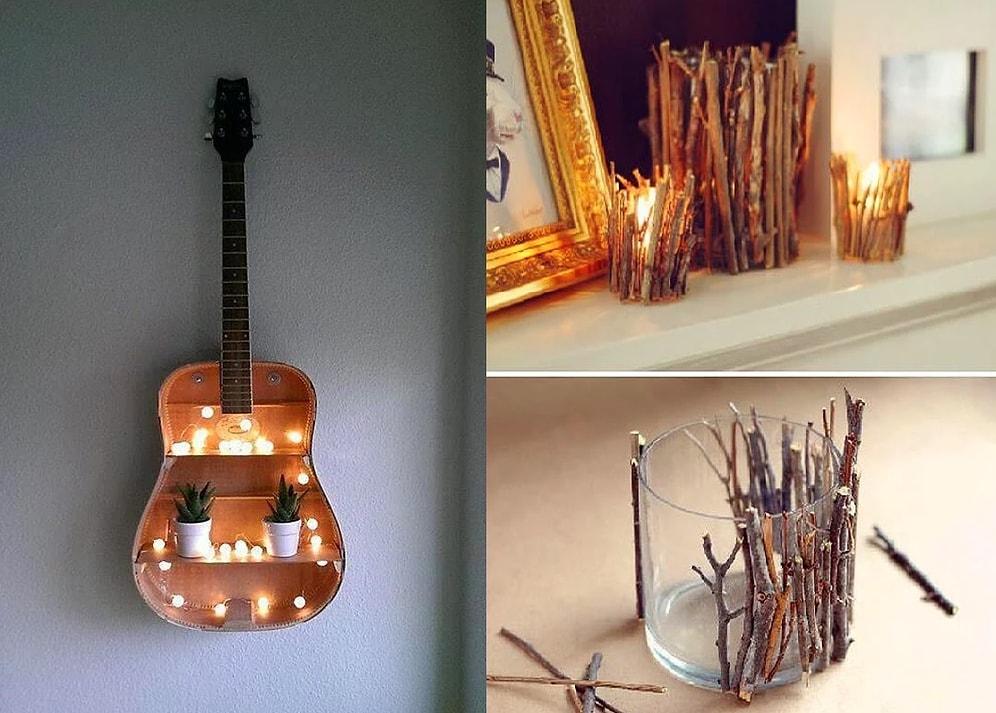 These 13 DIY projects will transform the mojo of your house. They are easy to make and spectacular to look at. You will want to try them at least for the fun of it. 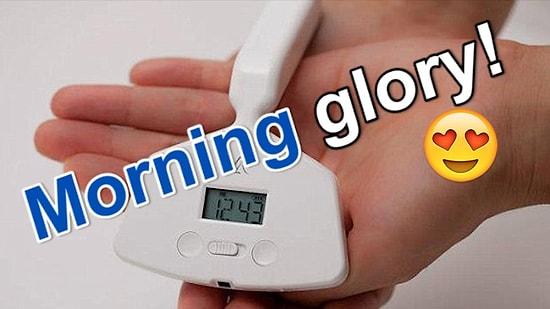 Well, science finally invented the most important thing for a human being: a device that makes waking up FUN. This vibrating alarm clock starts to vibrate at the set time to wake up and slowly speeds up. It is called the Little Rooster. “You wake slowly. Sensually. Pleasurably,” the Littler Rooster website says. Here’s the video!
Advertisement 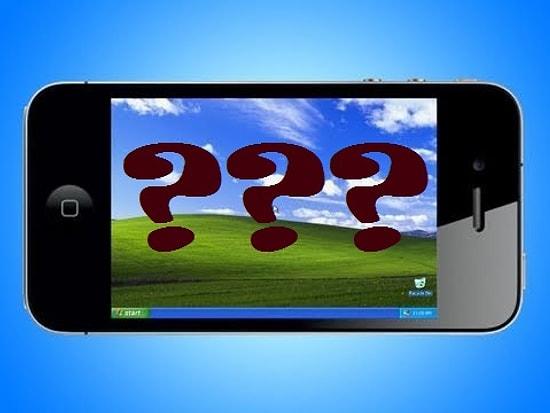 Windows XP On The Iphone 7? It's Possible.

Someone thought that maybe the iconic operating system Windows XP would run on an iPhone 7... and they were right! Watch how they did it. 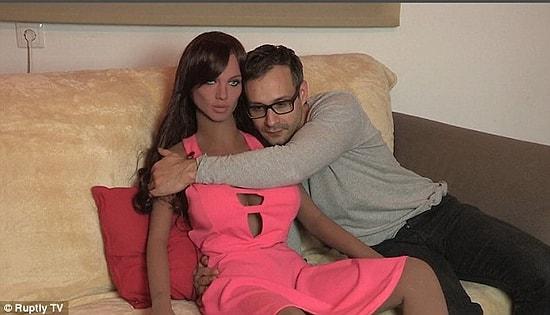 An artificially intelligent sex robot with a fully functioning g-spot has been unveiled. Yes, you heard it right. According to Daily Mail, a Spanish engineer created a doll that has sensors that respond in different modes, such as, family, lover, sexy, depending on where you touch her. Of course, this isn't the first time the Spanish people made something like this, there was recently a brothel that opened in Barcelona which was filled with sex dolls. If you haven't already, check out that post too.  👇 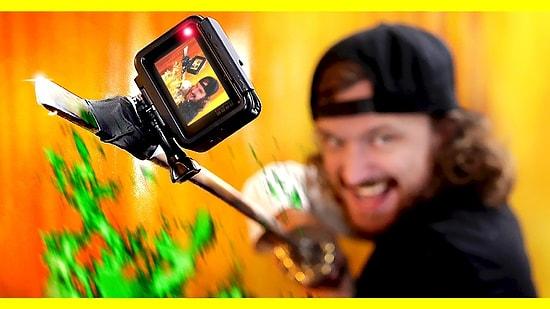 Sword Cam Shows How A Watermelon Should Really Be Cut!

While summer's just around the corner, we're just as thirsty for a watermelon as you are. But they're such a pain to serve aren't they? Say no more! A GoPro attached to a sword makes a watermelon-slicing session super badass to watch! PS: Don't try this at home! 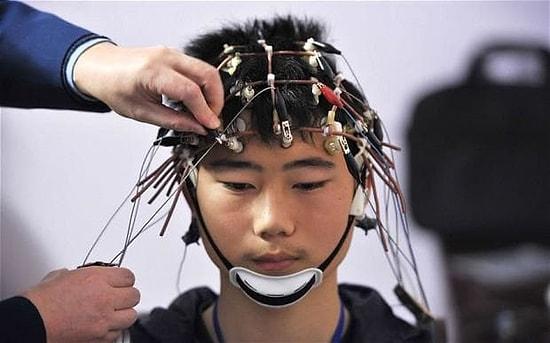 Scientists Have Discovered A Way To Upload Information Into The Brain

We all remember that famous scene from the movie Matrix where Morpheus, who wants to stop the machines that keep the world under control, loads Kung Fu into Neo's brain and after learning Kung Fu from just lying on a bed, Neo wakes up and says this famous phrase: 'I know Kung Fu.' It seems that the fantasy created by this magnificent science fiction classic is about to turn into reality ... 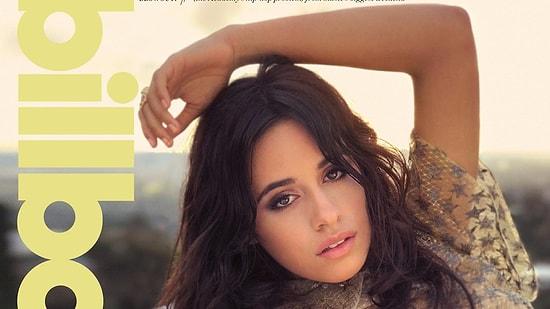 This Stunning Billboard Magazine Cover Was Taken With An iPhone 7!

There's something special about the the Feb. 17 issue of Billboard Magazine, featuring former Fifth Harmony member Camila Cabello on the cover.
Advertisement 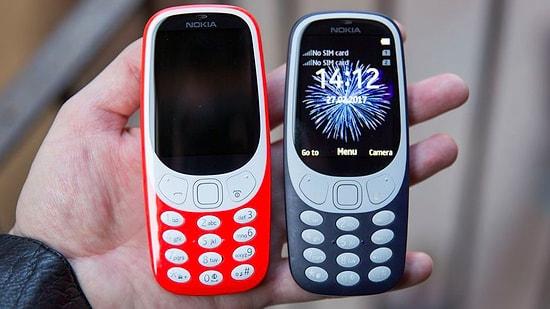 Nokia 3310 Is Officially Back: Check Out Its New Look, Specs And New Snake!

The Nokia 3310 achieved its cult status due to its impressively long battery life, durability, and the addictive game Snake. You may already have read the news earlier this month that the 3310 could make a comeback soon after 17 years had passed since it first launched in 2000.The rumors are true – the Nokia 3310 is back, and it even has Snake! The updated version of the early noughties icon, famed for its seemingly indestructible qualities, was unveiled at the Mobile World Congress in Barcelona today. With its new peppy colors but still the same ‘featured phone’ look, Nokia 3310 boasts of a 22-hour talk time and a month long stand-by!

20 Inventions From the Last 10 Years To Amaze You!

As time flies by, the planet we live on keeps getting stranger and stranger. Here are 20 inventions that happened within the last decade: 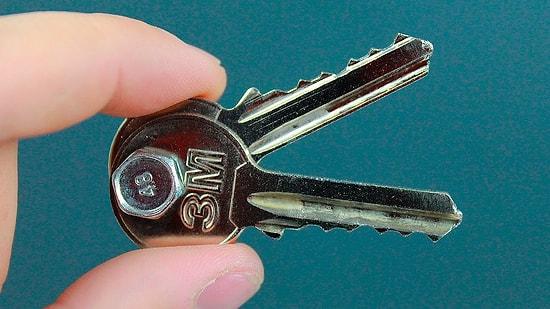 YouTuber Roman UrsuHack came up with 4 ideas about unusual uses for old unnecessary keys. These can help solve problems like: lack of a screwdriver, wire stripper or a compass. And they all have a practical, everyday use! 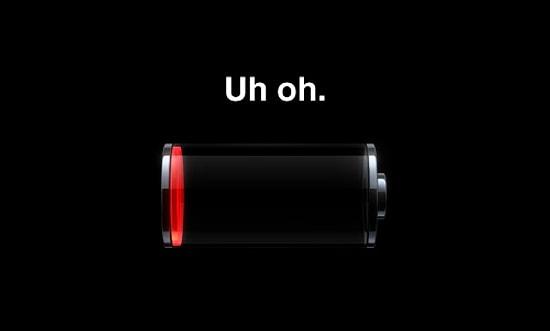 But for every day fails, we are here to help.Whether you lost your phone, somehow filled up its storage capacity, or accidentally jumped into a pool with it in your pocket, DON’T FEAR. Here are a few solutions to the most common iPhone problems from Buzzfeed. 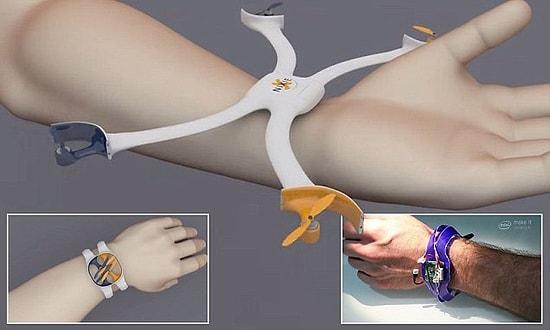 We give you 18 more reasons to love technology. If you are an engineer or a person interested in engineering and technology, you are probably familiar with that feeling of satisfaction after seeing a unique invention. Well then, be prepared to get inspired over and over again with this list.
Advertisement 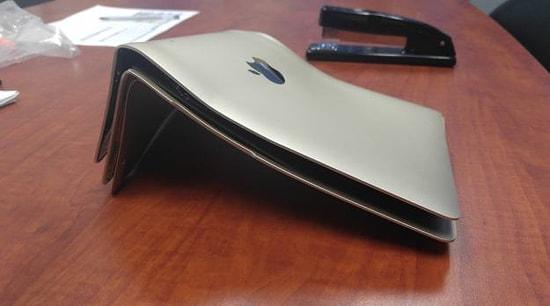 19 Dead Bodies Of Electronics That Are Too Painful To Look At!

Remember the time you spilled coffee on your laptop? Believe me, you will feel better after you go through this list. You're a good cause compared to what other people do with their electronics...

What if every light bulb in the world could also transmit data?Since 2011, Mobile communications professor Harald Haas from University of Edinburgh has been working on his theory that the data could be transmitted via the visible light spectrum, using LED light bulbs in homes.Now the technology known as Light Fidelity (Li-Fi) is a reality and it reportedly produces a connection that is up to 100 times faster than WiFi. 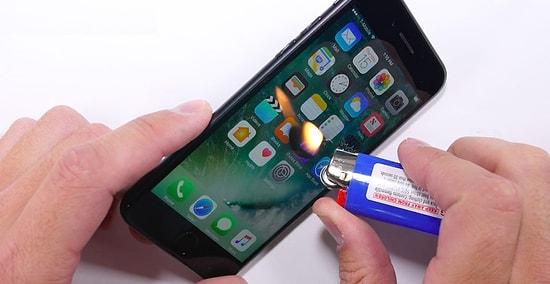 With the bad news of iPhone 7 coming up lately, like this one, we decided to take a closer look into its durability. With the help of YouTuber JerryRigEverything, we've made 10 GIFs of different torture tests. Let's see if the iPhone 7 is really durable. 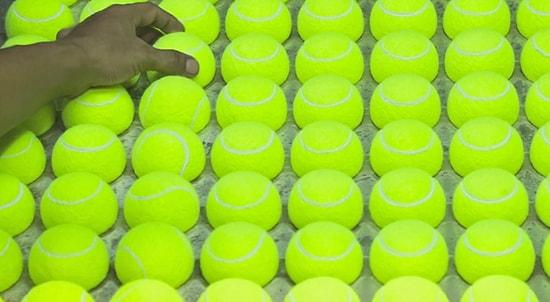 Hypnotic Video Showing How Tennis Balls Are Made

Have you ever wondered how a tennis ball is made? The company named Benedict Redgrove published a video revealing the entire factory process in Thailand. It’s surprising to see how captivating it is!!
Advertisement
Advertisement