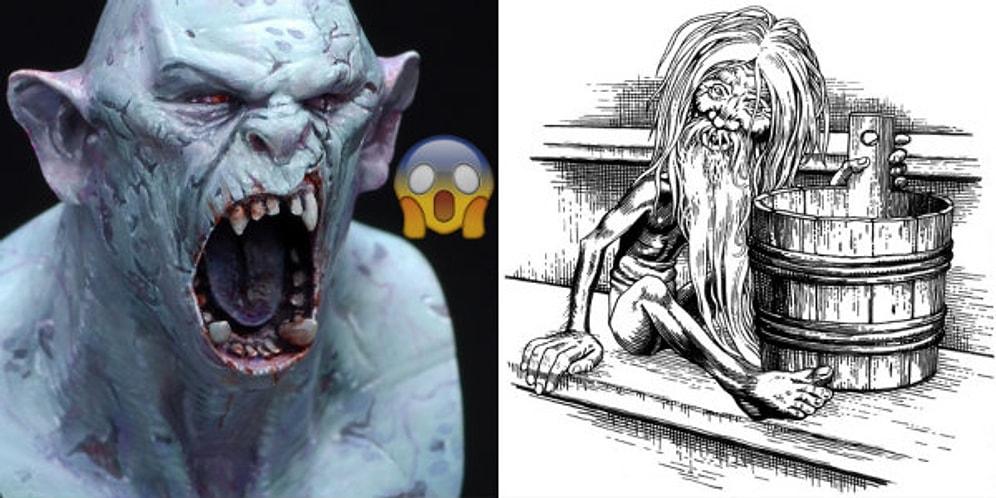 Here Are 10 Of The Creepiest Creatures From Eastern European Sagas!

Here are the creepiest creatures from Eastern European folklore. 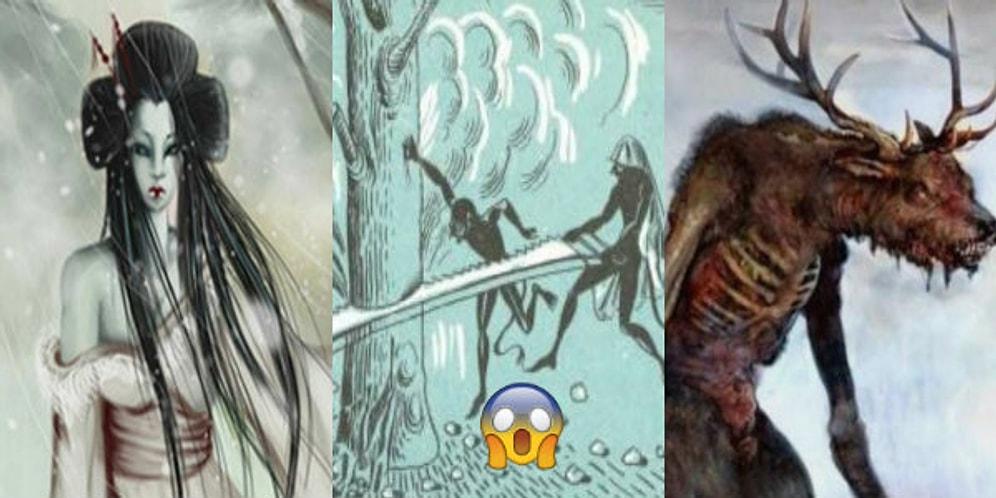 ''Winter Is Coming'' Phrase Never Got This Scary! 10 Winter-Dwelling Creatures from Folklore

Throughout history, several mythical creatures and monsters have scared generations of people who were getting into the Christmas spirit. Winter brings not only cheer and happiness but fright and terror to those who still believe in ancient myths of ice monsters and wicked snow creatures. Here are 10 of them: 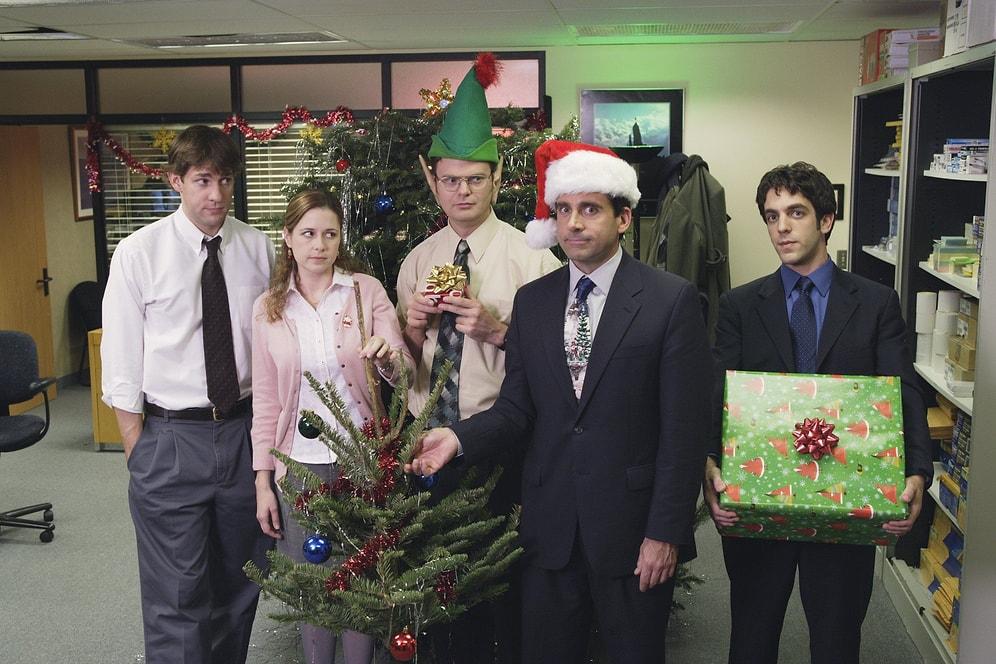 15 of the Best Christmas-themed TV Shows to Binge-watch This December!

The holiday season is near! One of the best things to do during this coming holiday is to spend time with your family. Watching Christmas-themed tv shows is a great idea. You will surely enjoy watching it because it matches the season. Aside from being timely, you can also learn lessons about what matters the most during Christmas that you will surely apply to your lives. If you need to decide what to watch, we got you! Here is the list of the best Christmas-themed TV shows you should watch. 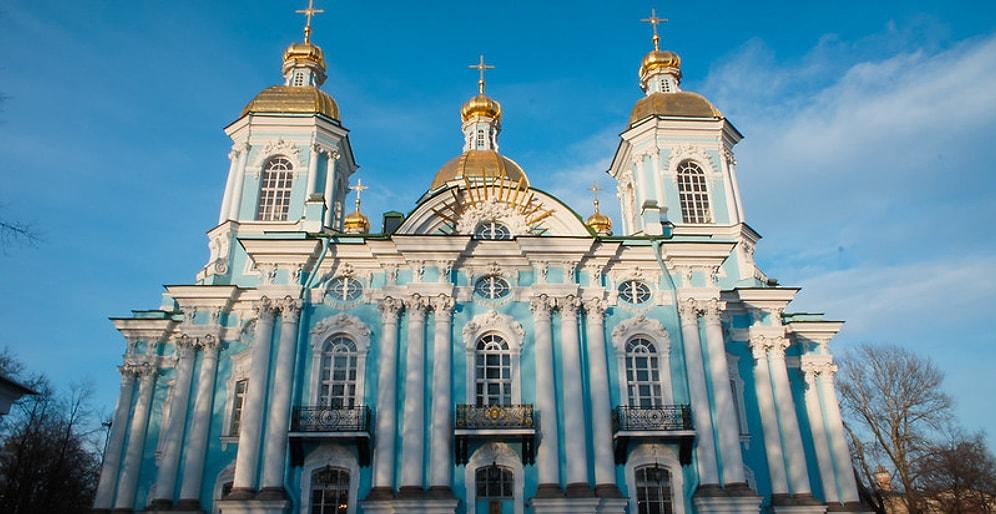 Perfecting Your Hitchslap: Vile Verses for Heretics and Unapologetic Trolls

It could be called the Great Debate, a neverending cycle of posts and chat room logs filled with atheists and theists defending their views. It's been going on for decades, and it's only gotten worse as times have changed and atheists have started coming out of the closet. It's a noble practice, but it's not exactly adult-like. Mostly it's a random series of digital middle fingers, people standing up on their soap boxes, attacking one another, and declaring their falsehoods for the world to see. Someone will make an argument--something that makes sense to them--and everyone will come up with a sarcastic remark, dismiss them, or needlessly pick apart their words. Nobody learns anything. Mostly it just devolves into personal attacks or a juvenile back and forth--fifteen or twenty comment threads that look like school children sticking their tongues out at one another. All it does is reinforce preexisting beliefs. So why do we do it if everyone is so convinced? Maybe it's because atheists feel marginalized. Many of us come from heavy religious backgrounds. We deconvert later in life. We do some thinking, and we realized the truth. So we move forward with our lives. But the world doesn't move forward with us. Our spouses will leave us. Our families will cut us off. Even in the professional world, where these things are considered taboo, people will treat us differently. So we find ourselves defending our newfound mindset. We also do this for the sake of the truth. We've seen how ridiculous and horrifying religion can be, and we know how insidious it is, how it drags people down, causing them to believe in absurd myths. It twists logic. It turns love into hate, and it holds society back. So naturally, we decide to spread the word, grab a proverbial sword, and cut through all of the strange ideas that keep us from progressing. It's our way of trying to change things.It's hard not to take up that mantle once you can see clearly. The problem is that we're not prepared to convince anyone. We think we are. We learn about logical fallacies, debate team tactics, and all of the various arguments that have been used time and time again. We know what to expect from our opponents in the ring, and we usually have a great comeback ready when they start spitting nonsense. But we don't understand them. We don't know how they think, or why they believe the things that they do, and we don't know how to relate to them. Instead, we confuse them and infuriate them, or we try to blow them apart, which only serves to isolate them and drive them further into their beliefs. If we want to make any impact whatsoever, we need to get into the minds of theists, learn to speak their language, and change the way we do things. If we don't, we'll continue to type to brick walls, and nobody is going to listen to a single word we say. 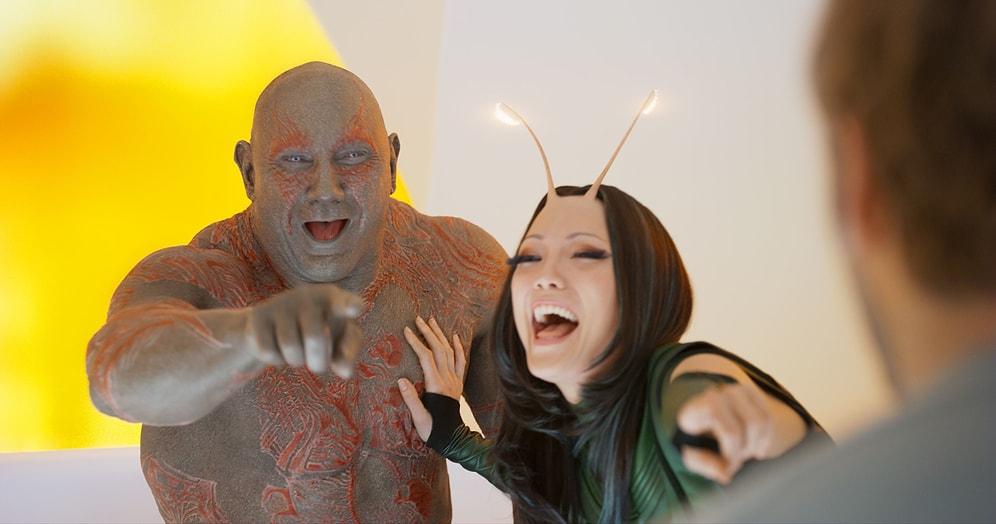 The year 2023 is looking to be even better for comedic movies. There are many fascinating comedies coming out next year, and among them are Greta Gerwig's Barbie movie, Taika Waititi's soccer film, and Ari Aster's satirical horror epic with Joaquin Phoenix. 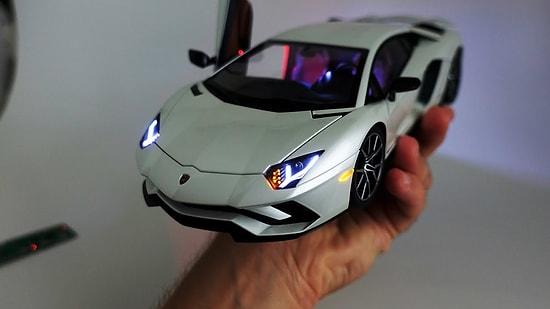 These 15 Most Valuable Toys Costs Thousands of Dollars if Auctioned in 2023!

We all wished to have toys to play with at some point in our lives. Many people are unaware that toys are not only made for kids since grown-ups are willing to splurge on them as well. But did you know that a toy can cost between five and six figures?
Advertisement 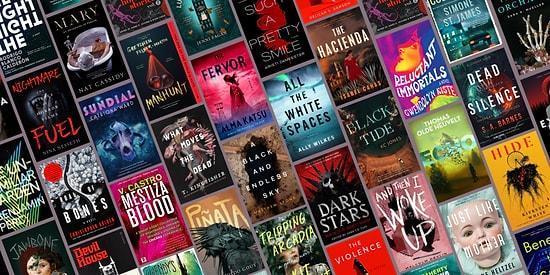 Top 20 Most Anticipated Horror Books in 2023

A lot of people are interested and are into reading horror books and the like. More people are watching horror films. And in a Clasen study of more than 1,000 Americans, 55% of respondents identified as horror enthusiasts. However, he noted that horror is not the only genre in which people enjoy being scared. 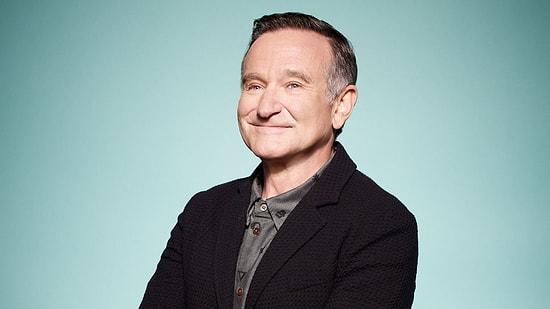 10 of the Funniest Stand Up Comedians in Hollywood

The moment humor appears, all of our hardships give, all of our irritations, and all of our resentments fly away, and a sunny spirit takes their place, according to Mark Twain. One of the best things you can do for your health is to laugh. A sense of humor is almost like your mind's defense mechanism.

Enola Holmes Season 2: Netflix Release Date and Everything We Know

One of Netflix’s most-watched original films is back! Released in the US last October 27 and set to debut in Asia on November 4, director and producer Guy Ritchie’s (The Gentlemen, Aladdin, Snatch, Lock, Stock, and Two Smoking Barrels) latest addition to the Enola Holmes franchise has gained favorable reviews and is deemed a worthy sequel to the first movie. Let’s take a quick look at the latest installment and what makes it such a compelling watch. 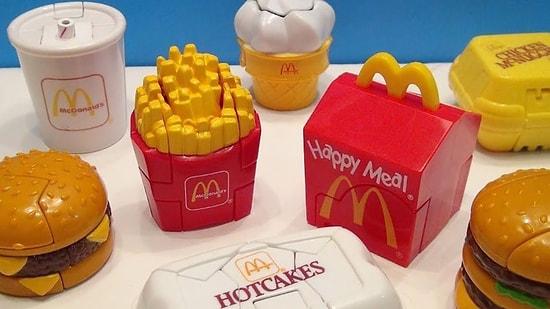 I'm Lovin' It!: 15+ of the Most Expensive Happy Meals in the History of McDonald's

We can all agree that McDonald's Happy Meal has become the comfort food of many, especially during younger years. Kids fell in love with McDonald's Happy meal because of its taste and the surprise lying inside. 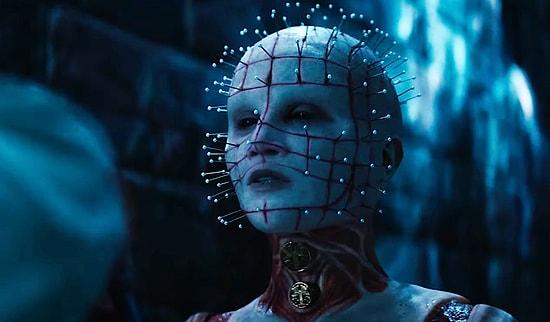 A Guide to Hellraiser Movies: Which are a Pleasure and which are a Pain to Watch?

It's been 35 years since the first Hellraiser movie shocked and terrified audiences with what would become one of the longest-running horror franchises of them all.For the uninitiated, Hellraiser was the directorial debut of horror writer Clive Barker and is based on his novel 'The Hellbound Heart.' In a nutshell, the story revolves around a puzzle box called 'The Lament Configuration' or 'LeMarchand's Box,' named after its creator, Philip LeMarchand- a French architect, designer, and artisan. There are several versions of LeMarchand's origins, most of them from fans' imaginations.
Advertisement 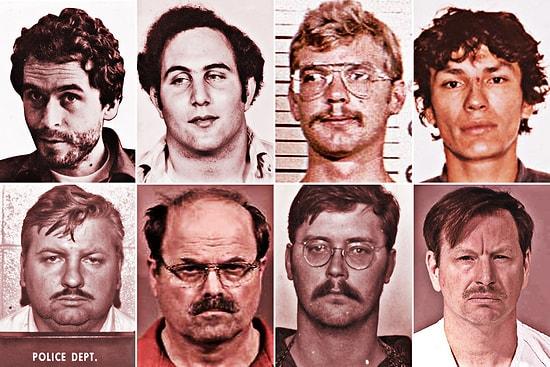 7 Most Notorious Serial Killers In The World

Warning: This article contains information and events that may be insensible. 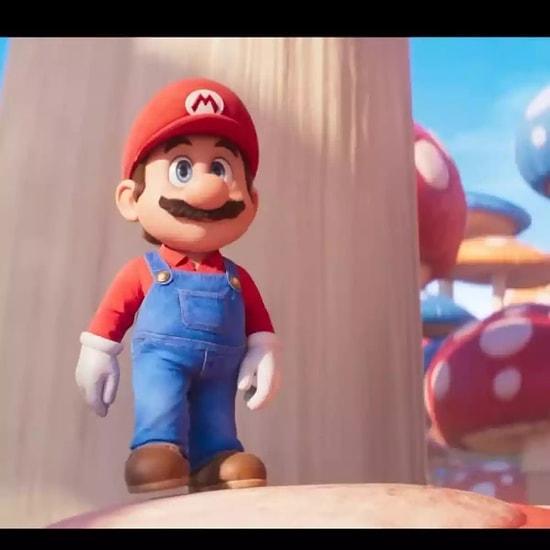 What the Super Mario Trailer Tells Us About the Coming Movie

When Nintendo announced its intended release of a Super Mario movie, many fans were delighted. Partly because it was exciting to see their favorite game come to life but also because of curiosity. The first Super Mario movie ever made was ‘Super Mario Bros: The Movie’, a 1993 fantasy movie based on the Super Mario Game. However, the film was a colossal flop. It was subject to harsh criticism across the fanbase, with many fans describing it as terrible. Hilariously, Bob Jenkins (who played Mario in the movie) and Dennis Hopper (who played Bowser) tagged the movie as the only movie they had regretted throughout their careers. After the movie’s huge flop, it seemed as though Nintendo had completely shelved the idea of creating a film based on any of its games. But the company proved many wrong in 2018 when it announced that a Super Mario movie was in the works. Characters are expected to be voiced by stars like Charles Martinet, Chris Pratt, and Jack Black. A few days ago, Nintendo released a trailer for the movie, and there has been significant buzz about it. 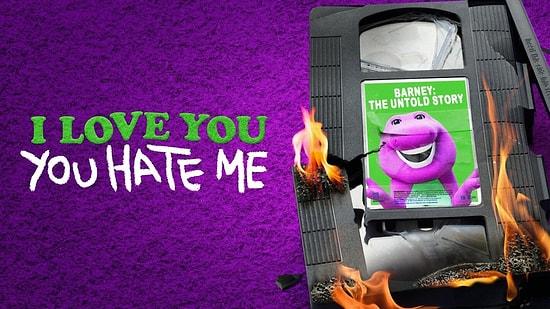 As a millennial or Gen Zer, there are high chances that the ‘Barney and Friends’ show was a big part of your childhood. We all remember Barney’s hit ‘I Love You’ song that got virtually every kid pledging to share their treats with their friends. There was also Barney’s ever-smiling purple-greeny costume that became a regular at birthday parties. 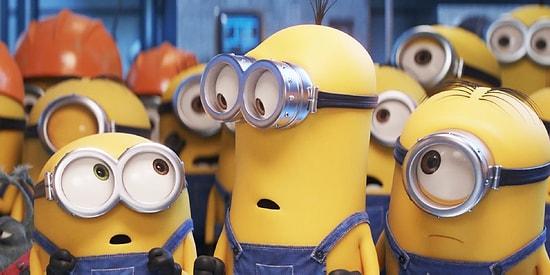 Do Minions Speak an Actual Language?

While Minions don’t speak an actual language, minionese, as it came to be known, is a combination of multiple languages- English, Filipino, French, Hindi, Korean, and even Spanish.For example, they say Banana a lot to mean food and use words like ‘poulet tiki masala’- a combination of the French word for chicken and an Indian chicken dish. When the Minions count, however, they do it in Korean and use ‘gelato’ to mean ice cream. 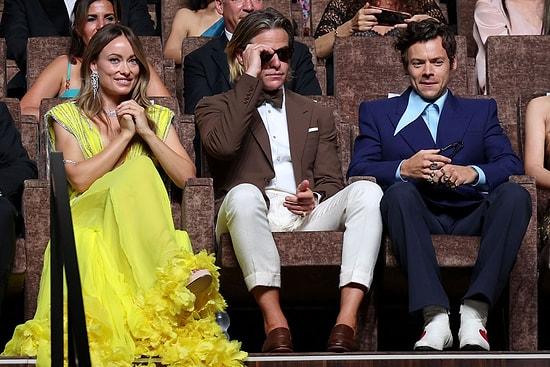 September has been filled with numerous Hollywood-related controversies, however, the ongoing drama surrounding the recently released movie, Don't Worry Darling, definitely takes the cake. Since the movie's dramatic premiere at the Venice Film Festival earlier this month, social media has been awash with suggestions of off-screen drama involving the movie's cast. If you’re on Twitter often, there are high chances that you have stumbled on tweets making hilarious references to controversies surrounding the movie. This article will fill you in on the details.
Advertisement 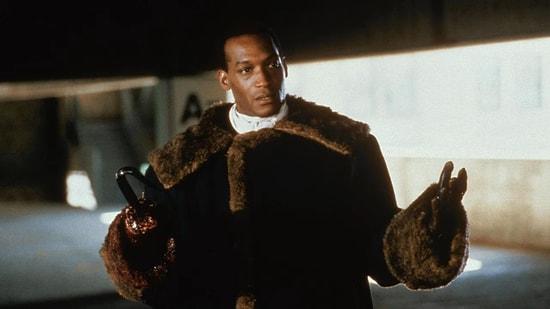 Horror movies have long made use of our deep, hidden fears and the existential dread a lot of us feel when watching our latest thrill seeking horror movies. Many horror films have delved into urban legends to stoke our deepest fears. From the slasher gore of films like “Scream” to bone-chilling terror of films like “The Grudge”. Urban legends are nightmare fuel.The tale of the Candyman starts in 1985. Clive Barker, creator of the “Hellraiser” series, originally created the character for a short story “The Forbidden”, which first introduced the gruesome Candyman to the horror genre.In 1992 the short-story would get it’s first film adaptation. In this rendition, the protagonist Helen Lyle (Virginia Madsen) is a skeptic. The story goes that Daniel Robitaille, an African-American painter, was brutally murdered after he was discovered to be in an interracial affair. His absolutely brutal and unjust death is said to have unleashed a murderous and grotesque spirit that would appear if his name is said five time in a mirror. Her skepticism leads Helen to test the legend, and a series of brutal murders begin to take place. 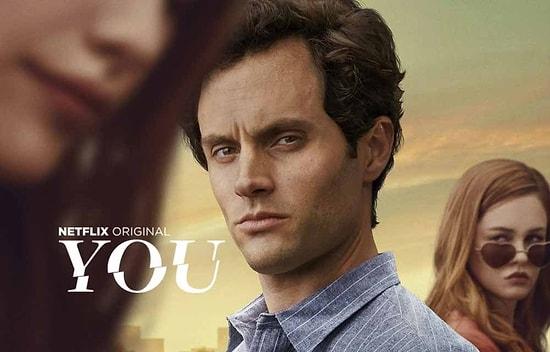 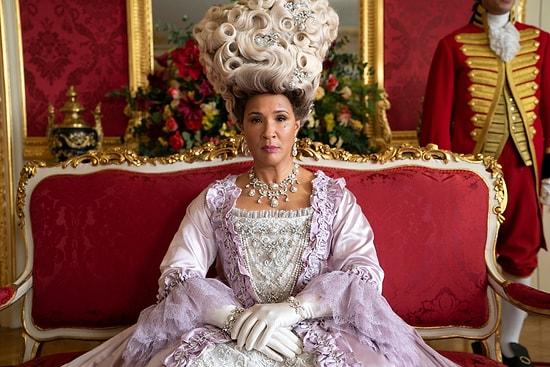 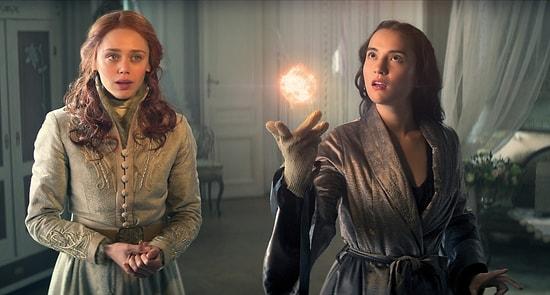 The second season of Shadow and Bone, which will pick up where the first left off with what happens after Alina and Mal flee The Darkling, will soon be available on Netflix. However, no release date has yet been made public. Season 2's filming was finished in June 2022. The series is currently in post-production, so to speak. 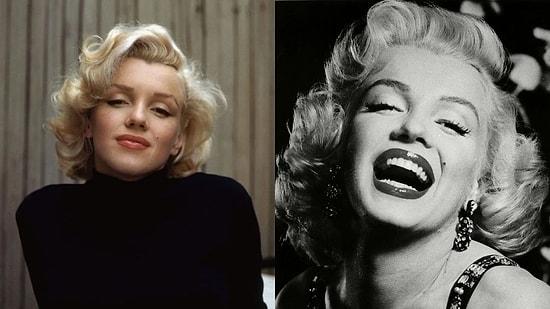