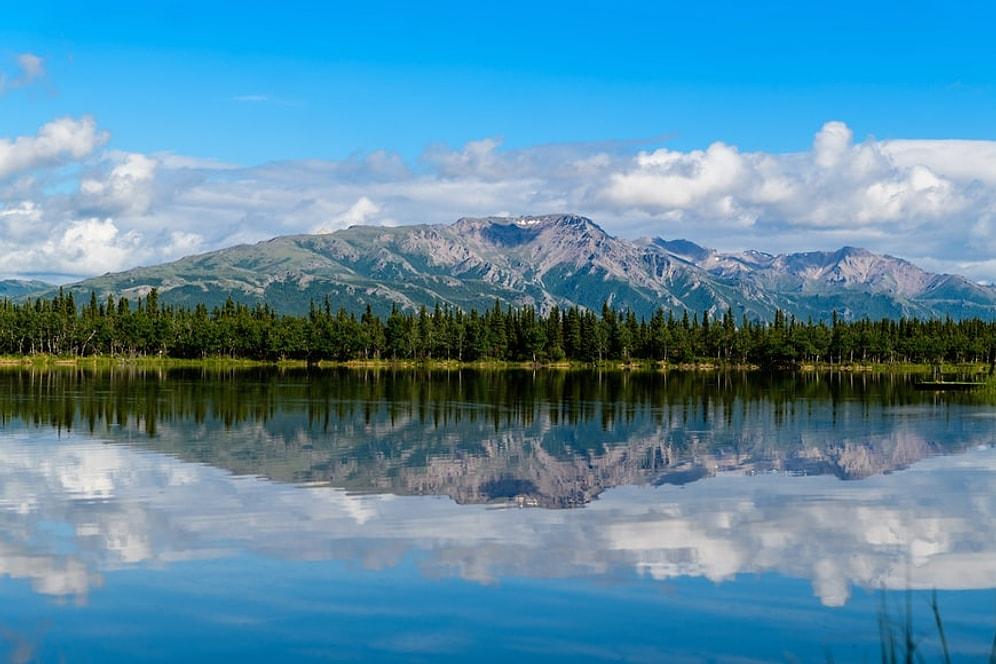 You have probably heard the phrase, “It’s not how much you earn, but it’s how much you save” to describe a very important wealth management principle.The most obvious step is to reduce your cost of living, which varies vastly depending on location.The amount you spend on rent, food, transportation, and even taxes could be worlds apart depending on where you live.If you are looking to move for (potentially) more financial freedom, here's a list of states in the United States with no legislated income tax to give you more money-saving options. 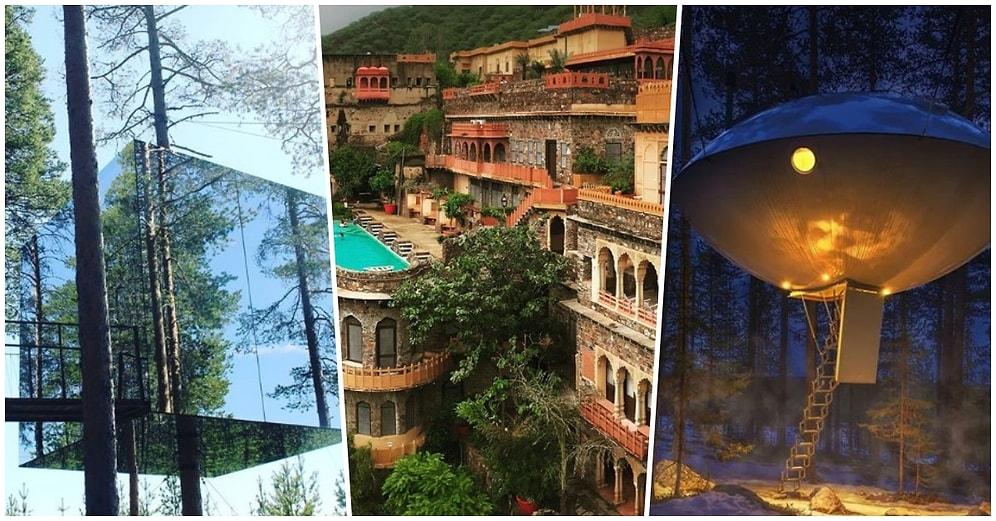 These will make you want to stay in bed all day long... 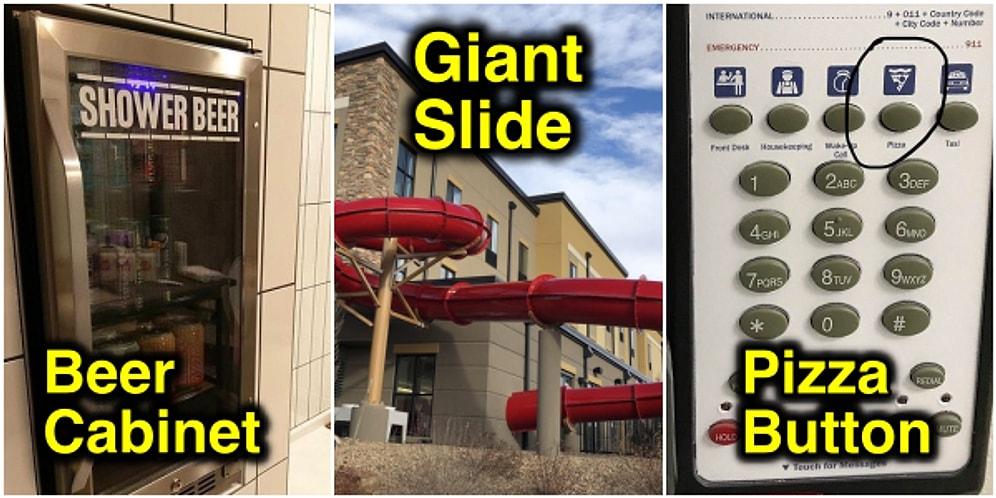 19 Hotel "Perks" That Are So Good You'll Never Go Back Home!

It's always funny to stay at a hotel room but with these hotel services, you'll never wanna leave. Here are 19 very successful hotel services... 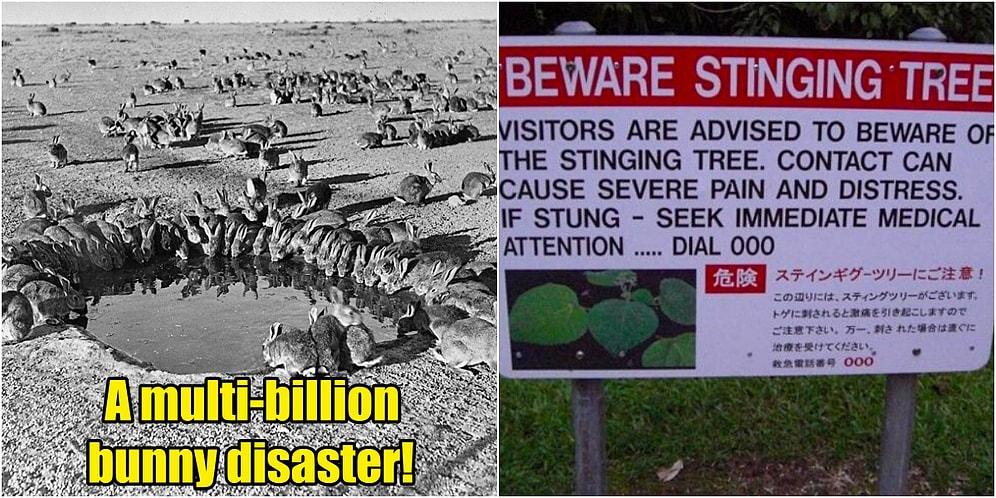 20 Facts About Australia That You Must Know Before Going

Australia offers you more than scary sharks, snakes, crocodiles in the sea or sweaty weather, so you should check out our list to add this country into your next holiday destinations! 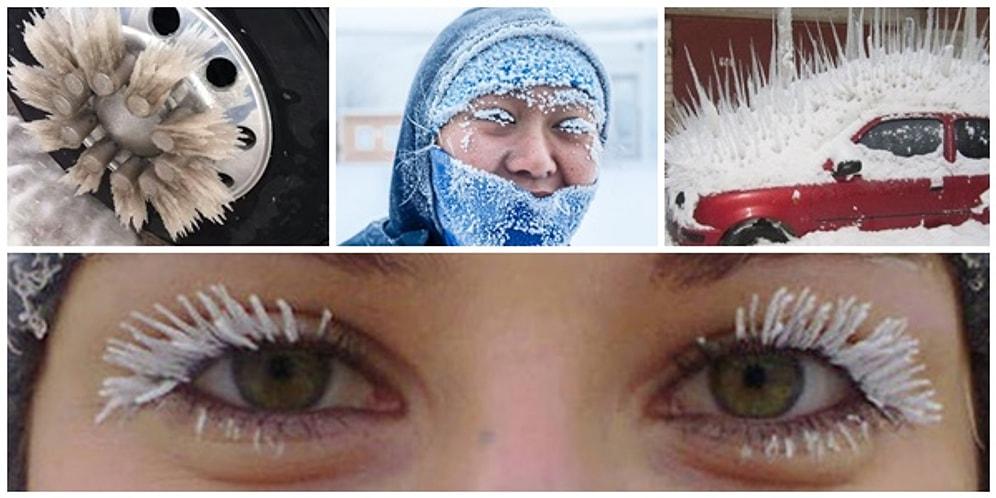 When You See These 19 Photos You'll Feel The Cold In Your Bones!

These 19 photos will make you feel in Game of Thrones... 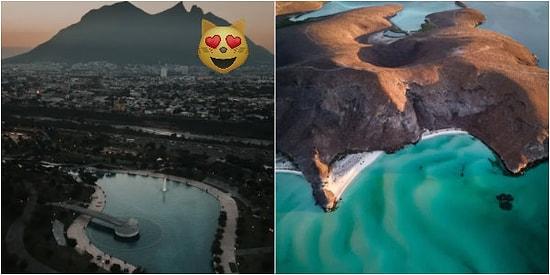 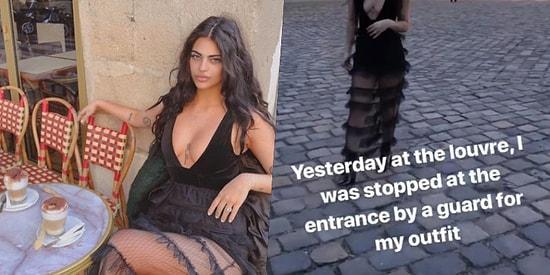 Australian Blogger Was Refused Entry To The Louvre Because Of Her Inappropriate Outfit!

A woman claims that she wasn't able to entry to the Louvre because of her revealing dress! 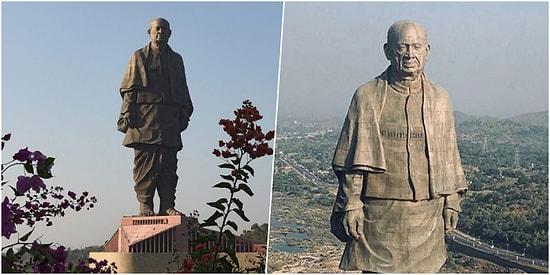 India unveils world's tallest statue which is almost twice the height of the Statue of Liberty! 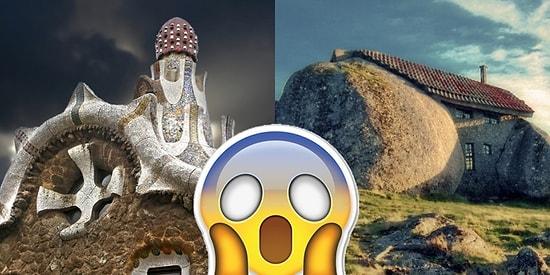 30 Strangest Buildings Around The World!

Most of the time the buildings around us resemble to one another. Today we're not here to talk about those ordinary buildings. The following buildings are design masterpieces which are well-known for being extraordinary. Today we invite you to travel around the world by looking at the strangest building designs ever created! 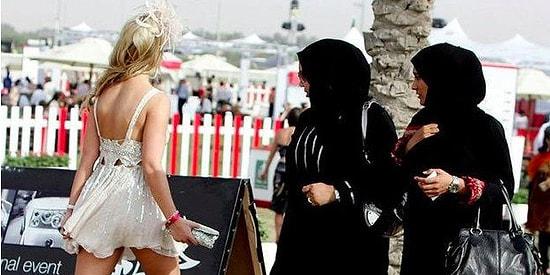 12 Life-Changing Facts About Dubai You Don't Know Yet!

Dubai is a real paradise for tourists. It provides all the opportunities for luxury shopping within a futuristic architectural landscape surrounded by gigantic skyscrapers. The worlds biggest flower garden and largest aquarium is also located in Dubai. Would you like to find out more facts about Dubai? Here you go! 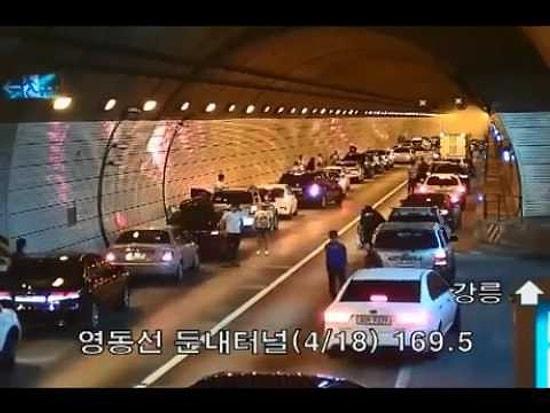 Terrific In Traffic: South Koreans' One Of A Kind Reaction To A Tunnel Accident

South Korean drivers' reaction to an accident in a tunnel leads to the fastest and smoothest resolution. These people really know how to deal with traffic!
Advertisement 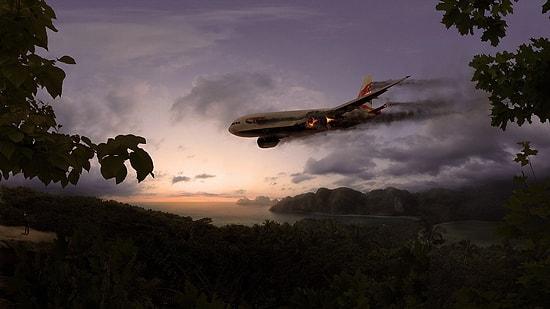 If A Plane's About To Go Down Which Seat Should You Be Sitting In To Be Safe?

The funny thing about expert opinions: They're not really based on hard data about actual airline accidents. A look at real-world crash stats, however, suggests that the farther back you sit, the better your odds of survival. Passengers near the tail of a plane are about 40 percent more likely to survive a crash than those in the first few rows up front. Let's take a look at the statistics more closely. 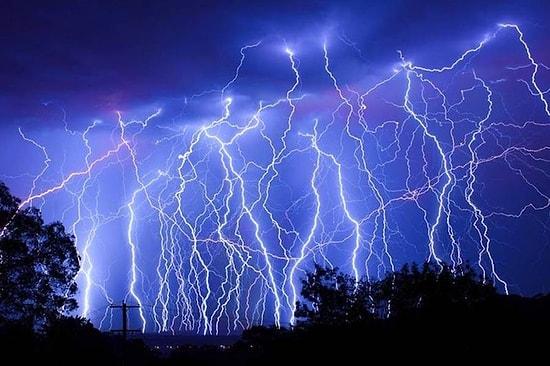 20 Things To Happen On Earth While You Read This... 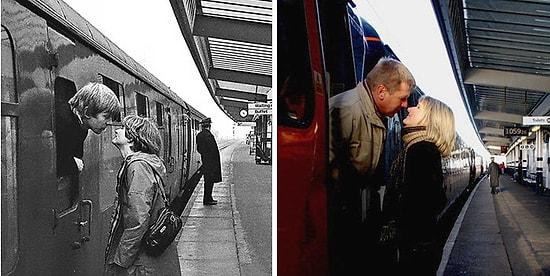 Street photographer Chris Porsz took pictures of hundreds of wonderful people around the 1970s, 80s, and 90s in Peterborough, England. Chris wanted to re-create these pictures 30 years later. So he tracked down the same people and reawakened the memories. We compiled the photos of this amazing project from Boredpanda.

Colorful Murals Appear On Roads Only When It Rains!

A group of designers in South Korea has found an amazing way to cope with the gloomy and rainy winter days. These designers have decided to paint murals that only appear when it's raining. This project is named after the annual monsoon season, 'Project Monsoon'. In monsoon season, it rains without a break for almost 3 weeks. The designer team wanted to give people a reason to positively remember this grey season:“Inspired by South Korea’s culture of emphasizing the importance of the flow of rivers, the paintings utilize Korea’s topographical features that create a flow and puddle of rain water in every street to fill the streets with color and life,” the artists write about their project. So, get a ticket to Seoul and grab an umbrella, because rainy days are nowhere near depressing there! 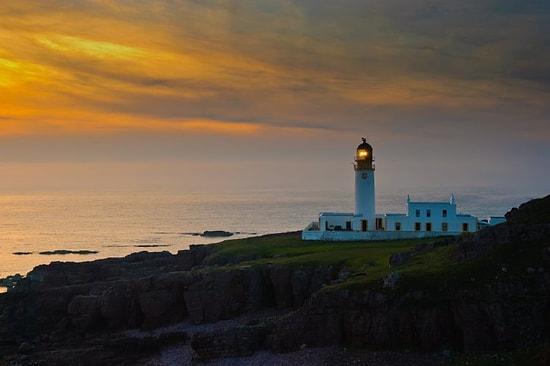 For The Ones Who Want A Very Fresh Start: The Heaven By The Lighthouse In Scotland!

If you currently share your flat with others and you have had enough, please join me. This house is just for you! If you have the money...
Advertisement 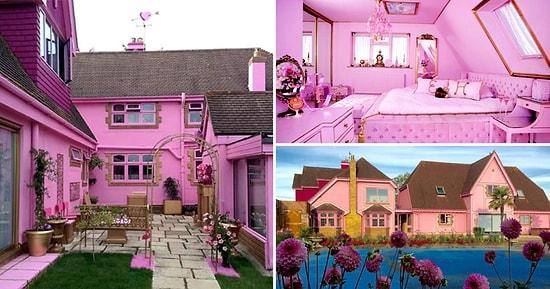 Here’s The World’s Pinkest House In England That’s Taking The Internet By Storm!

A mansion guest house in Essex is almost completely pink and people can’t wait to stay there!Owners and best friends James Lloyd-Roberts, 45, a firefighter and photographer, and Amy Griffith, 37, an artist, have spent the last four years lovingly crafting this property into their magical vision. The place looks like a Barbie dream house, and it’s taking the Internet by storm! 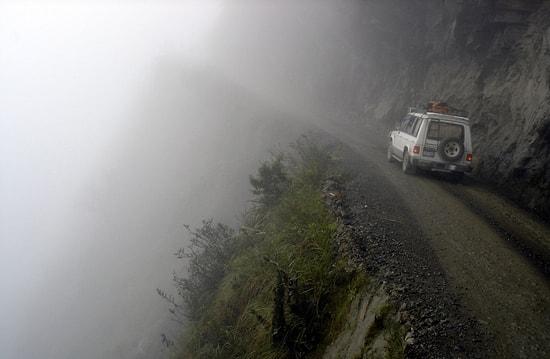 15 Most Dangerous Roads To Take You To The "Edge"!

Humankind manipulates nature in order to maintain their needs. While some of these manipulations are necessary, some of them seem a bit edgy. If you have hard time understanding what we mean, we suggest you to scroll down. Here are the most dangerous roads that humankind has ever made! 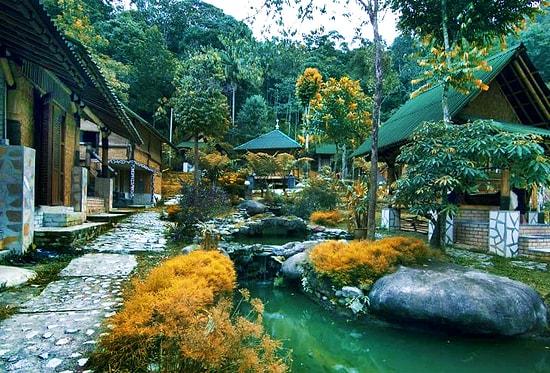 Malaysia is a hidden heaven and not everybody knows that. That's why you can still find quite beaches and you can experience pure nature..  You want to see how heavens look like you may wanna check this list out!ATTENTION!These pictures may make you hate city life! 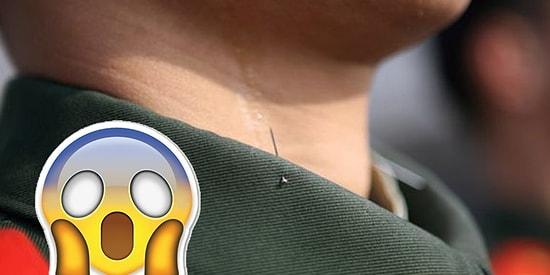 15 Facts About China That You Never Heard Before!

China is one of the most populated countries on the Earth. China's history date back to Neolithic times. China's rich culture is incredible and outrageous. Time to find out some of these awesome facts about the life in China!
Advertisement
Advertisement