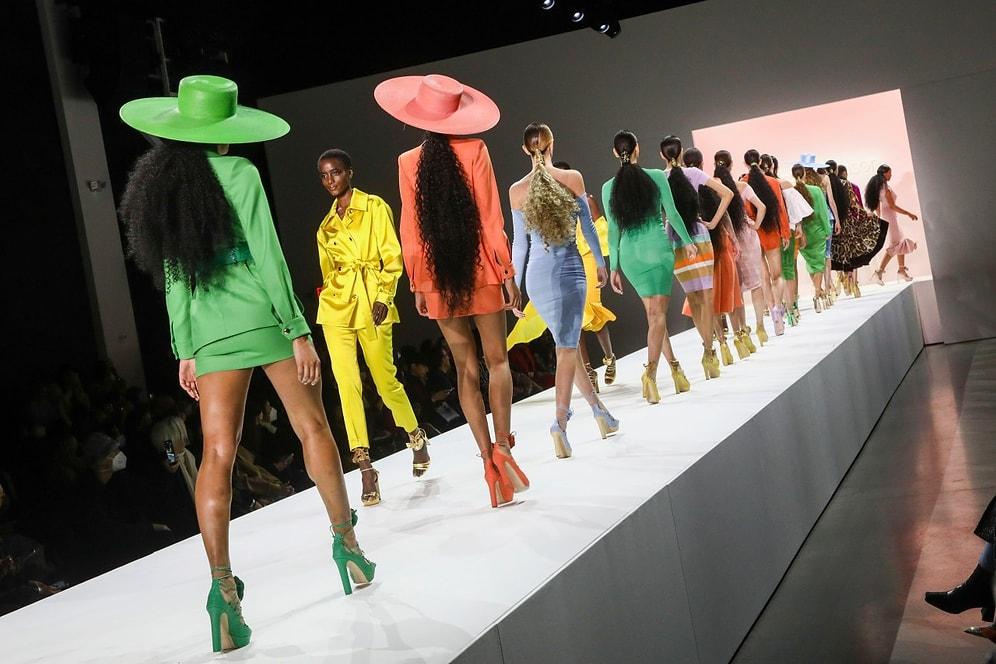 Ever wonder which models are the wealthiest in the world? Models are infamous for leading opulent lifestyles, walking the catwalk, and collaborating with international fashion designers. It makes sense when you consider how much money some of them make.Based on their individual net worth and estimates, we are offering you 15 of the world's wealthiest models, and they are listed below in ascending order. 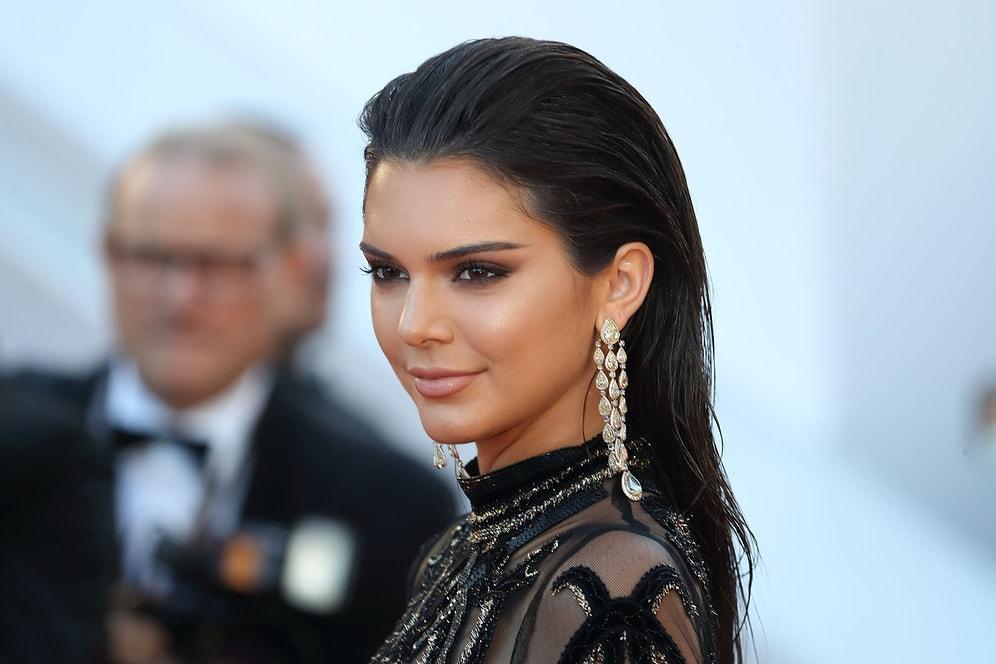 Which Brands are Owned by Kendall Jenner? What is Her Net Worth?

The Kardashian-Jenner family has a history of both profitable and failed economic endeavors. The Kardashian family manages a number of businesses in the background when they are not filming an episode of The Kardashians. 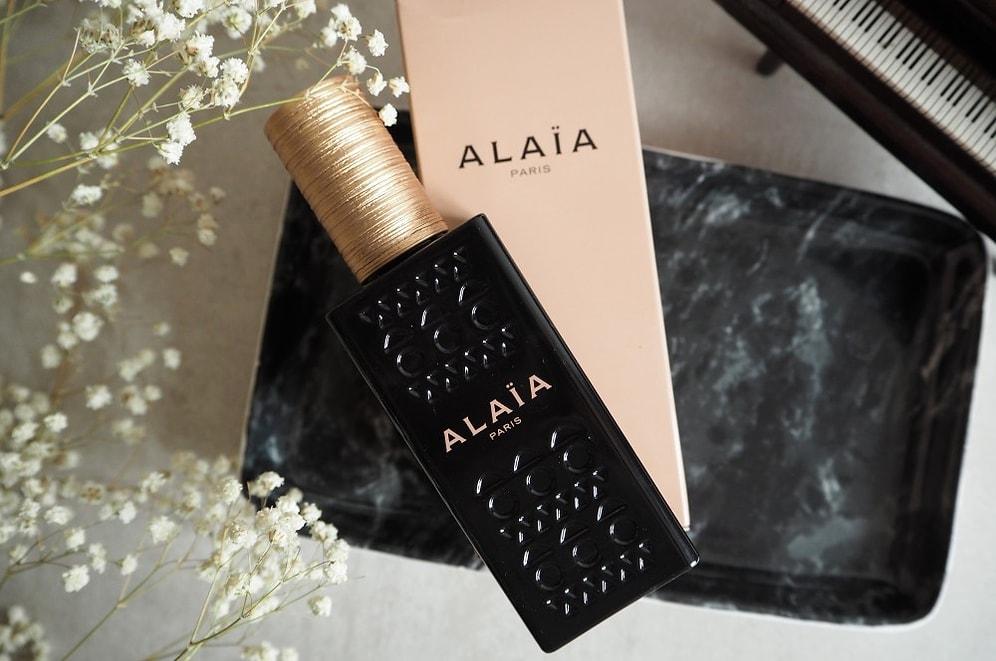 15 of the Most Expensive Perfumes and Which Celebrity Owns Them

Prior to the invention of deodorant or body soap, the original purpose of perfume was to mask offensive body odors. Since their introduction as a way to cover up bad odors, fragrances have come to be seen by the general public as symbols of sophistication, class, and elegance. 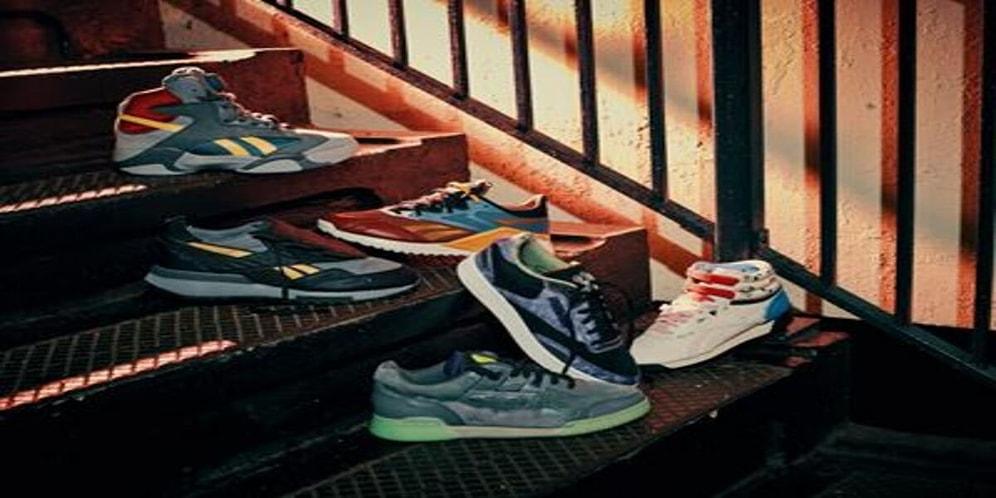 Sportswear brand Reebok announced on Friday (18th November) a joint collection of footwear and apparel inspired by D.C. Superheroes in collaboration with Warner Brothers.The Reebok x Warner Brothers family friendly collection will feature the instantly recognisable figures of heroes and villains from across the D.C. franchise world on iconic Reebok footwear.The cross Atlantic collab between the British Reebok and US based Warner Bros will be available to purchase on the Reebok website as well as online retailers Amazon, Hibbett Sports and Finish Line from the 2nd December onwards.The D.C. x Reebok collection invites D.C. fans to choose “ to choose their side of the battle between good and evil with a range of lifestyle and performance super sneakers.”Characters that have inspired the range of footwear and apparel include Batman, Wonder Woman, Superman as well as Lex Luther, Harley Quinn and The Joker. 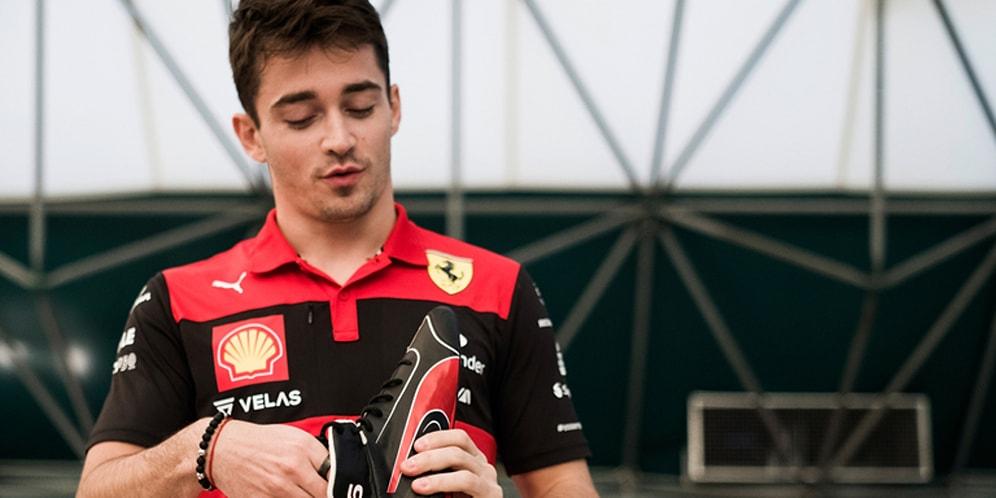 Sportswear brand Puma has joined forces with the Scuderia Ferrari Formula 1 Team to produce a new replica footwear collection.The new ‘Scuderia Ferrari Speedcat Pro Replica Edition’ will put wearers in the shoes of Ferrari F1 drivers Charles Leclerc and Carlos Sainz according to a statement released by Puma today, 19th November.The collaboration will see replica versions of the Speedcat Pro Replica Edition like the footwear worn by Leclerc and Sainz in the 2022 Formula 1 season go on sale from Saturday.Formula 1 fans who get their hands on these boots will get a real Grand Prix feel thanks to authentic features that the two different versions of the footwear that have been produced.The shoes will be coloured black with yellow accents for the Carlos Sainz version while the Charles Leclerc iteration will feature white accents.The driving number of each driver will appear on either version while the distinctive Ferrari logo will be branded on both alongside Puma’s branding. 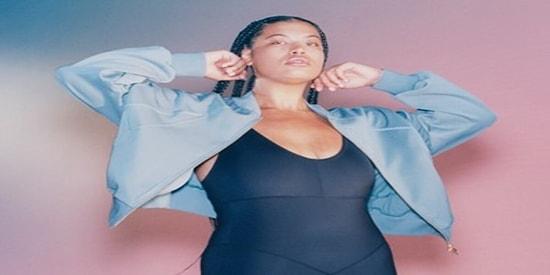 Adidas Team Up With 11 Honoré for New Collection

Adidas and 11 Honoré have teamed up to create a collection of high performance clothing.The German sportswear brand have joined forces with 11 Honoré, the luxury clothing brand of Dia & Co, to create a high quality clothing collection for plus sized people.The capsule is set to include a onesie, sweatpants and t-shirts.Via its website, Adidas announced in a statement that the two brands have created a collection of 14 unique sportswear looks, that will go on sale at adidas.com and dia.com from 17th November.
Advertisement 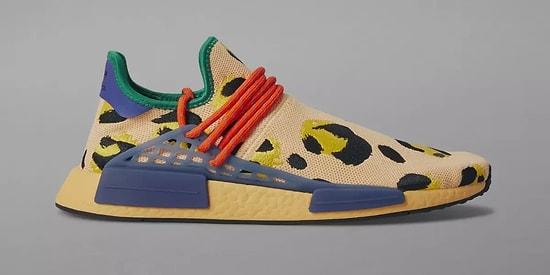 Adidas have announced the launch of a new colorway for the Hu NMD shoe in collaboration with musician Pharrell Williams.On Thursday, the German sportswear giant announced that a new grey tone colorway of the Hu NMD Animal Print shoe would be made available for sale from 23rd November.In a statement, Adidas announced that the new colorway would feature “ an embroidered all over print that adds texture to the sock-like material in a silvery gray color accented with darker tonal spots.”“Accompanying rope laces feature reflectivity, while the shoe’s signature heel cage allows the wearer to lace their sneakers in unique ways. The sneaker is constructed with an engineered adidas Primeknit textile upper, matched with a BOOST midsole and rubber outsole,” the press release added.Images provided along with the press release showcase a unique looking shoe. 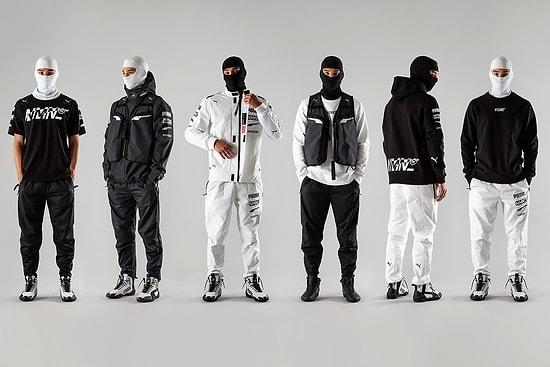 Puma have announced that they have teamed up with Italian outerwear clothing brand, Neman, to create a “camouflage” inspired clothing collection this Winter.The “PUMA x NEMEN Fall 2022 collection” is due to drop on 19th November, with the prices of products ranging from 45 to 650 euros.In a press release published on Thursday, 17th November, Puma said that the collection of clothing has taken inspiration from supercars.The release said that Puma and Nemen’s joint production will consist of apparel, footwear and accessories for Fall 2022.“ The collaboration draws from the elite world of supercar prototypes, which are often obscured with specialized, anti-spy camouflage wrap,” the statement from Puma read.“Together, PUMA and NEMEN developed an exclusive pattern inspired by these optical illusions of the automotive industry, which are intended to distort and conceal the shapes and angles of prototype cars,” it explained. 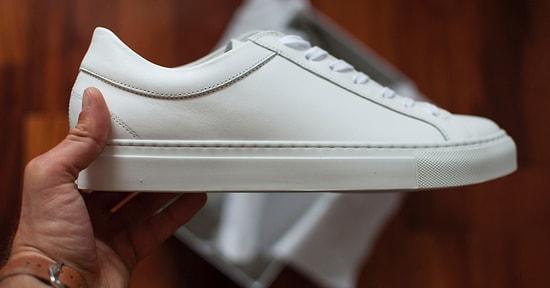 The Top Five White Trainers to Wear in 2022

A pair of white trainers should be a staple of everyone's wardrobe.Some clean white sneakers can go with jeans or joggers and everything in between, maybe even a suit! Here are our top picks of the best white shoes for your feet to rock in 2022. 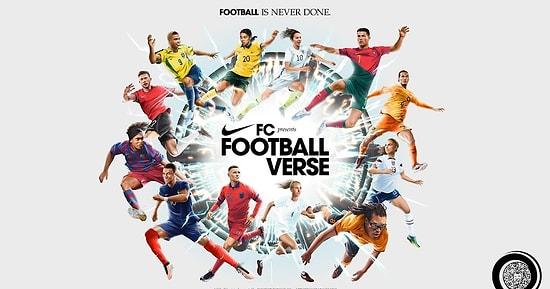 A new football campaign from sportswear brand Nike titled ‘Footballverse’ comes as the 2022 World Cup in Qatar approaches.The campaign is headed by a four and a half minute video advertisement features some top stars of the football world, including Alex Morgan, Cristiano Ronaldo, Kylian Mbappé, Ronaldinho and Sam Kerr.The concept of the campaign poses the question, what would a universe where some of the greatest compete against each other look like?To answer this question, the American sports brand has created the “Footballverse,” where stars from different eras compete both against and with each other.View the new star studded Nike Football World Cup film below: 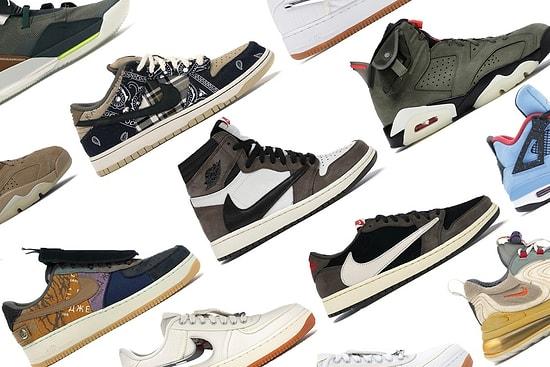 30+ of the Most Expensive Sneakers Ever Sold

Designer shoes, like sports memorabilia, are quickly becoming valuable collectibles. Most of them are limited edition versions, that’s why a single pair can be sold at an extravagant price. Sneakers are no longer exclusively for athletics; they are now becoming a trend in casual fashion.
Advertisement 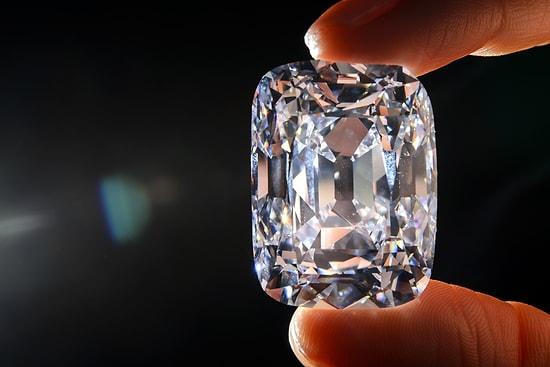 Top 30 Most Expensive Precious Metals and Where to Find Them

Gold, silver, or diamonds. These are the first things that come to mind when asked to think about the most expensive metals in the world. Then, you better guess once more.The most valuable and rare precious materials lie somewhere in the middle of the list. Their abundance determines the worth of metals. Precious metals, of course, increase in value as they become less 'available.' 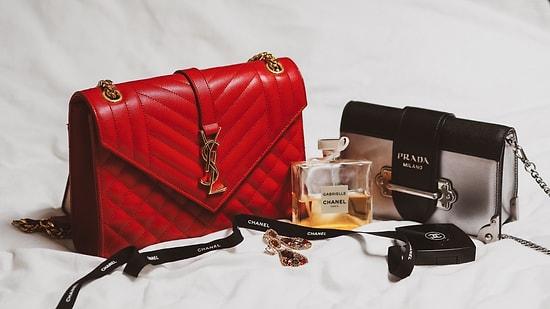 Usually, a product's rarity and uniqueness speak volumes about its price in the market. For instance, designer handbags might cost more than a month of your paycheck. This is because luxury brands produce limited, unique designs only the elite can afford. 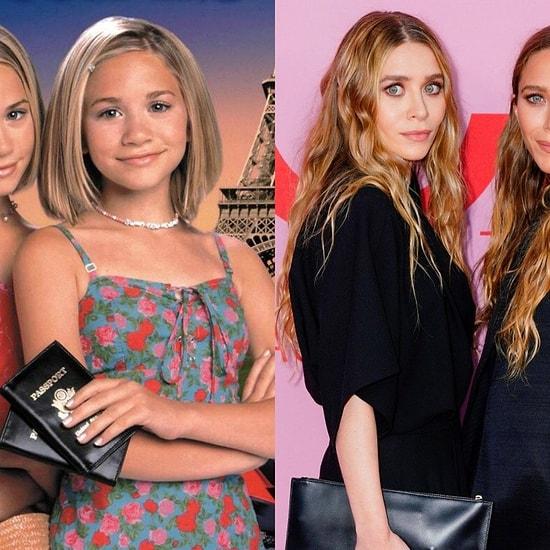 Where Are Mary-Kate and Ashley Olsen Now?

Mary-Kate and Ashley Olsen are Hollywood sweethearts who dominated the industry in the 90s. The sisters, who are identical twins, were born on June 13th, 1986.The now 36-year-old twins were introduced to the industry at nine months when they were babies. They appeared in the sitcom Full House, which aired on television from 1987-1995. On the set of that show, producers exchanged them between episodes due to work regulations. As they grew up, the twins starred in more TV shows and sitcoms, including All My Children, Sister Sister, and So Little Time, which earned Mary-Kate a Daytime Emmy Award nomination. They also appeared in films like New York Minute, Passport to Paris, and When in Rome. Between 2001 and 2002, they also had an ABC children’s animated show called Mary-Kate and Ashley in Action, 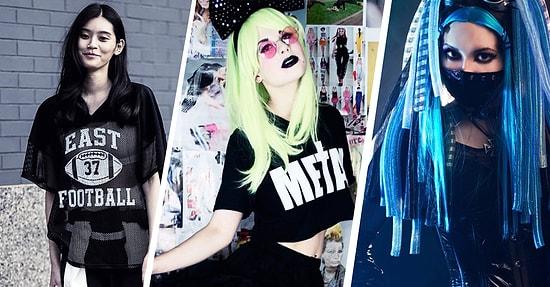 'Hipster' Movement Ended, What's Next? Here Are 8 New Trends That Might Be Next Thing!

The hipster trend that was so hated and loved in the same time is fading out. Of course, the world doesn't go round with trends and fashion movements so many new ones have started rising. We aren't yet sure which one will end up replacing hipsters but we compiled them so you can decide for yourself. 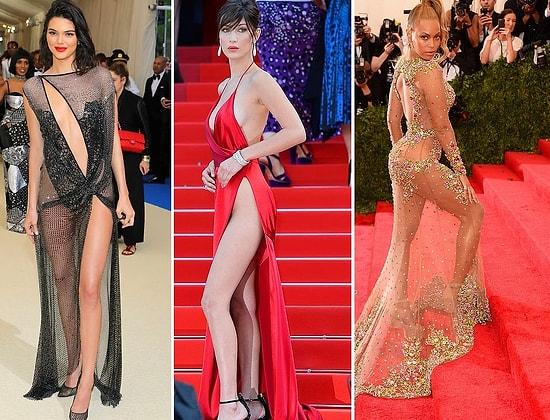 People don’t usually wear short shorts, barely-there skirts and plunging necklines. But if you’re preparing to rock the red carpet, anything is possible. And that’s what celebrities do: try the most unusual thing possible!  From the see-through trend to pelvic cleavage, celebs aren’t afraid to push the boundaries. Take a look at these 17 nearly naked celebrities on the red carpet!
Advertisement

20 Clothing Problems Every Big-Boobed Girl Has To Endure!

Fashion industry doesn’t seem to understand how real-life women’s bodies work. If you have small boobs, you probably know how ridiculous some clothes look on you, and if you’re just a bit overweight, you know how some dresses are not designed for you at all. This time we’ll be examining the problems that big-boobed girls have to endure.

Lady Gaga, Bella Hadid, and more celebs have been spotted sporting the underboob trend. So we can now probably go ahead and say that underboob is the new sideboob! Celebrities are ditching conventional cleavage in favor of the underboob, and here are 16 times they said YES to this trend! 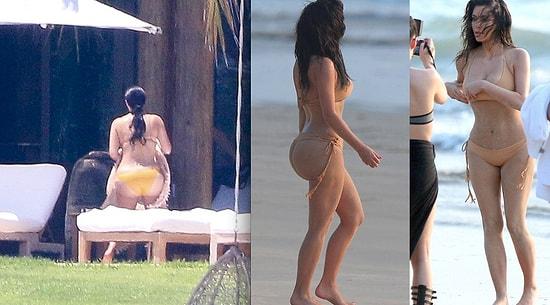 The Unphotoshopped Photo Of Kim Kardashian's Butt Which Caused Her To Lose 100,000 Followers

She is the fifth-most popular celebrity on Instagram with almost 100 million followers, just behind Ariana Grande, Beyonce, Taylor Swift, and Selena Gomez. But untouched pictures of Kim Kardashian in her bikini may cost the social media queen her mighty online presence as 100,000 fans have unfollowed her on the picture-sharing site. While she was on holiday in Mexico, the photographs taken showed the difference between her body on her Instagram account and the fans were not happy. 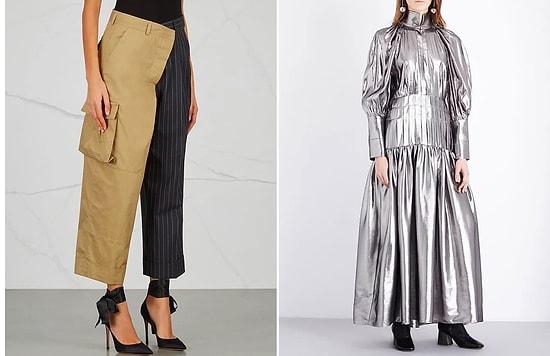 We ordinary human beings don’t walk around in bathmats wrapped around our waists, but clearly, some people do. We don’t have reasonable explanations for the clothing items below, and we also don't take responsibility for any damage done to your eyes. Don’t say we didn’t warn you. Here are 22 ridiculously expensive and ridiculously ugly items of clothing.
Advertisement
Advertisement