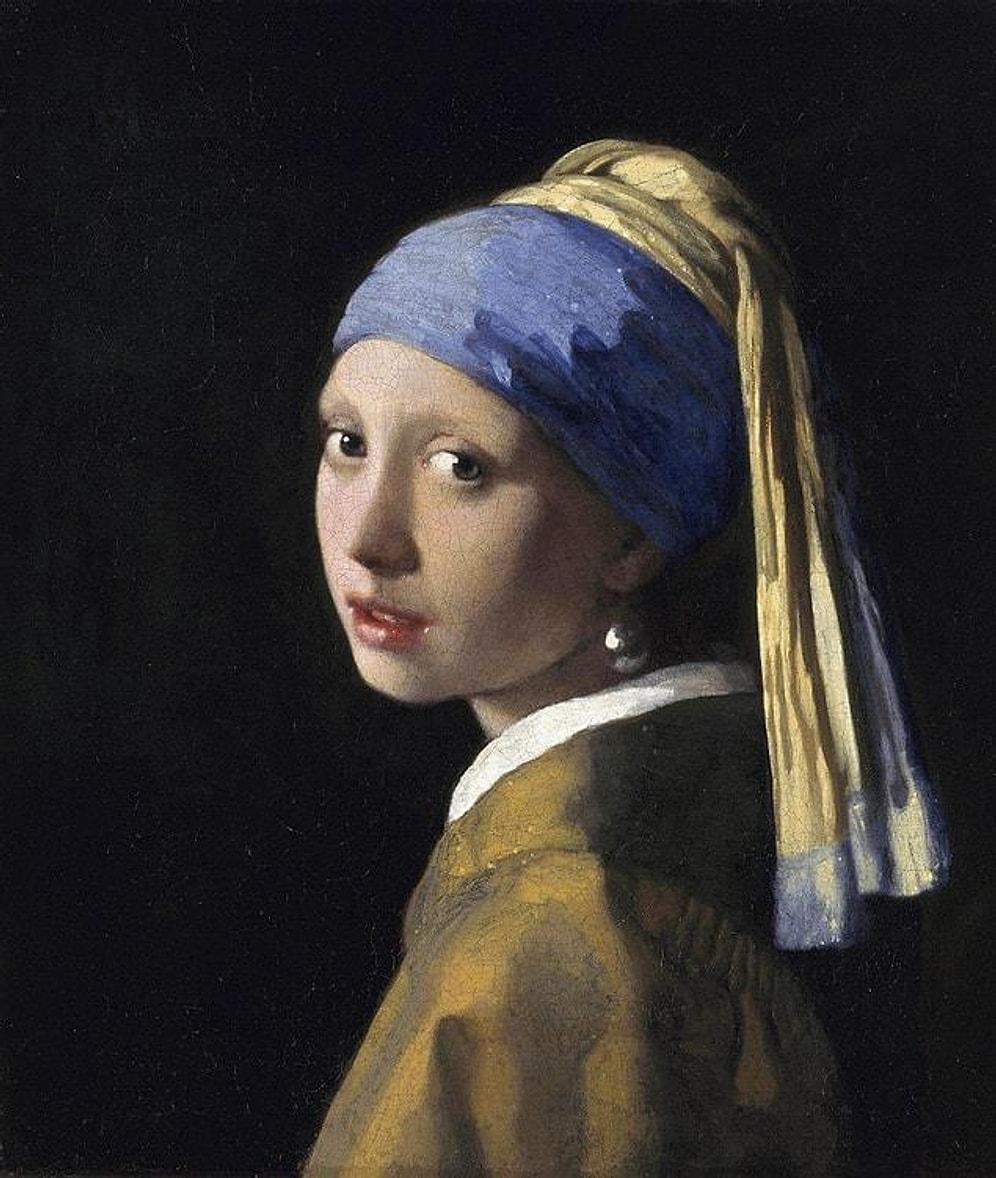 15 Art History Masterpieces: The Stories Behind Them

There are some works of art that make a name for themselves even after hundreds of years. We have explained the details about the works that have left their mark on the history of world art for you in our content. 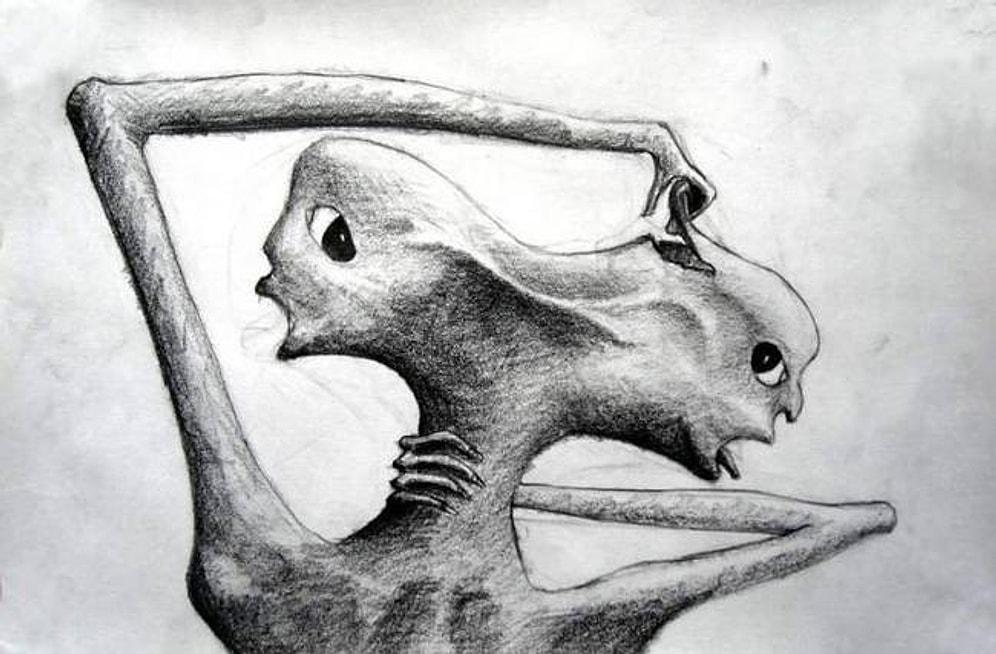 Schizophrenia. The worst among all the other psychotic disorders.Maybe the most complex point a human brain can reach.Not knowing what’s real, not being aware of the disease. Claiming what is seen to be concrete, not accepting the disease. The list goes on, but we could never understand what’s happening in their brain. Not even 10% of it. Until people who are suffering from Schizophrenia drew their concrete reality and other beings in their minds. 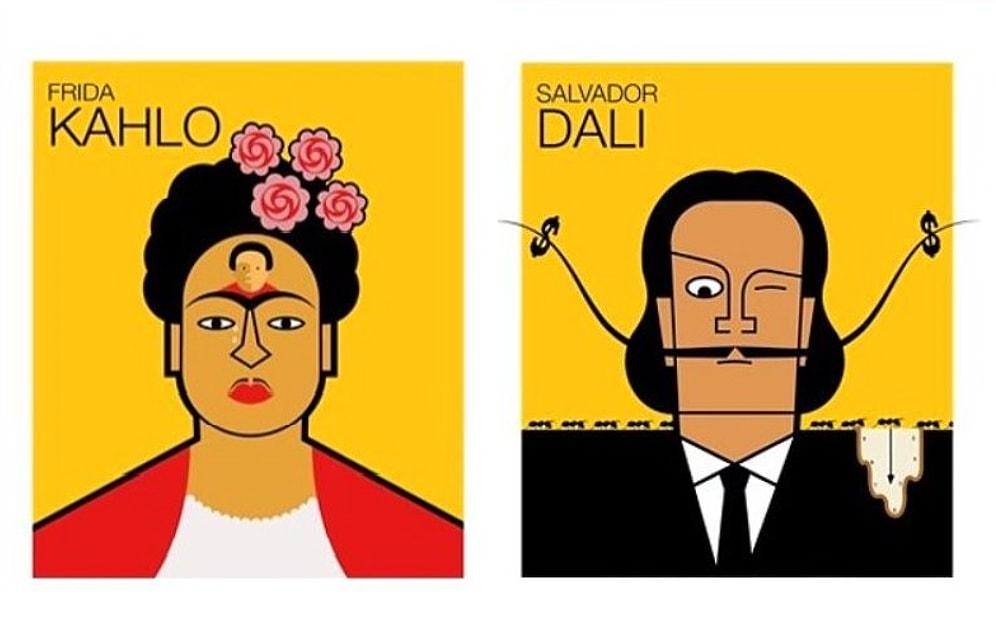 Graphic designer Andry Tuohy's work, highlighting the greatest modern artists, shows the unique styles of 52 key artists in their own portraits. A fun fact about Andry's work is that he chose one artist for the each letter of the alphabet. Here are 25 different portraits you will fall in love with.Don't forget to click on the artist names for more information! 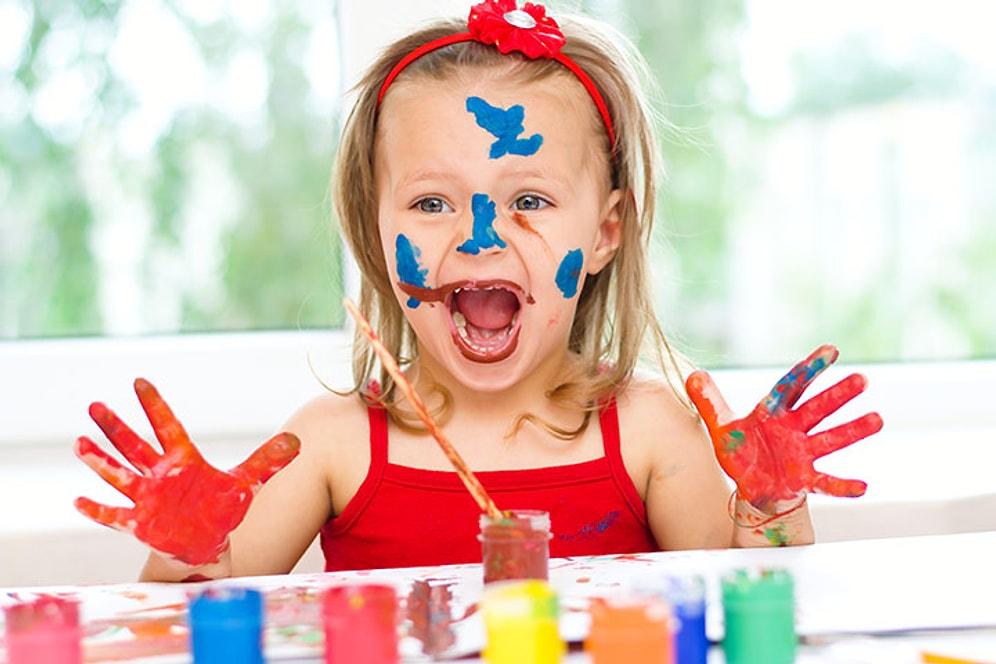 Can You Guess Which One Of These Paintings Are Modern Art Or Made By Kids?

Modern art is confusing for some us. Paintings that you think you could create yourself can sometimes be sold for millions of dollars and receive a bunch of compliments. What is accepted as art is also a controversial topic. It’s sometimes hard to distinguish between modern art and a painting that was made by a kid. Let’s see if you can distinguish between the two! 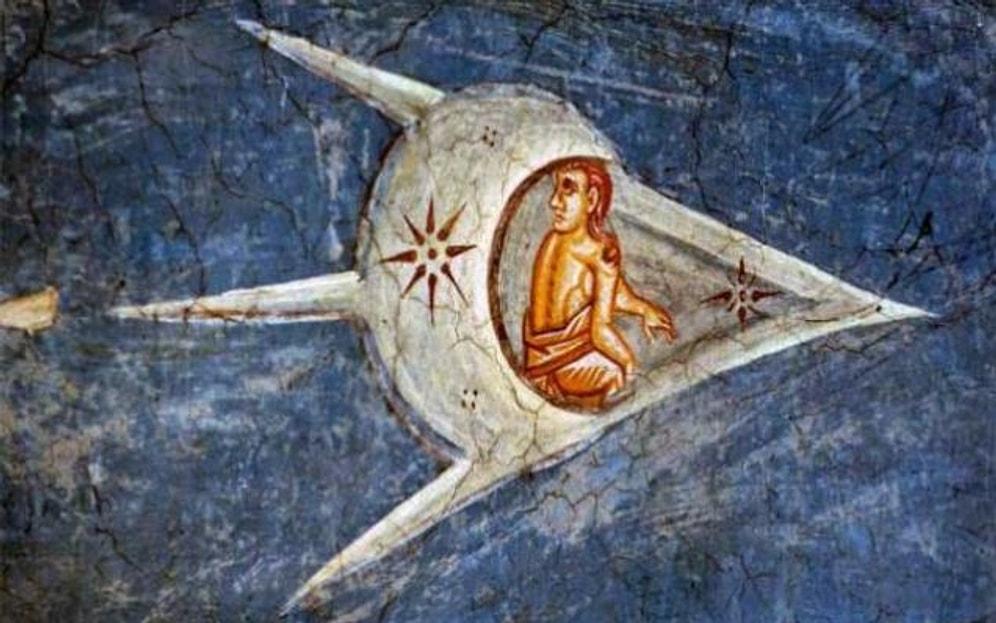 In this article we're focusing on paintings that have caused a lot of controversy among art history buffs, specialists and conspiracy theorists.Could it be true that there are some galactic symbols in religious art? Well... here are 10 paintings that'll take you deep into the rabbit hole! 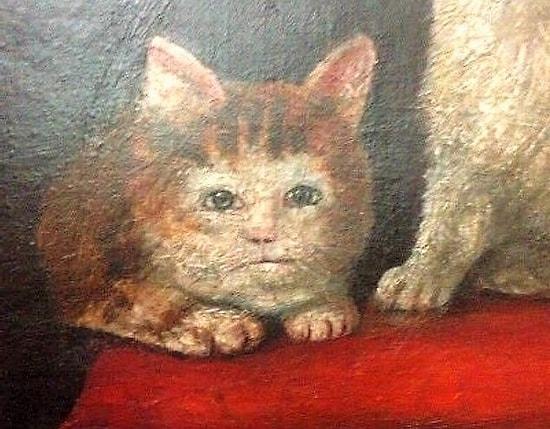 23 Creepy Medieval Cat Paintings That Will Make You Go WTF

So I guess cats used to look hideous in the Middle Ages. Who knew they had eyebrows? Here are 23 ugly ass looking cats from Medieval paintings, you would never be able to see if it wasn't for Buzzfeed.
Advertisement 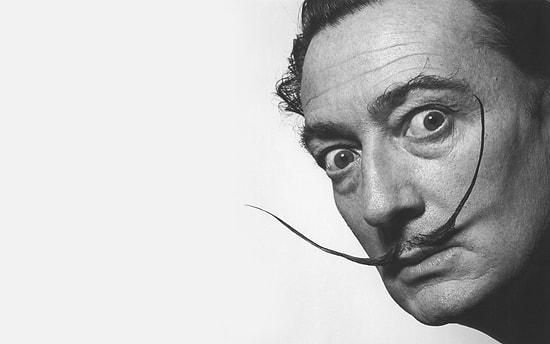 6 Masterpieces Of Dali And Their Meanings

You have probably encountered much strange news about the insane Dali. However, I have yet to come up with an analysis of what his works are telling us, and I have prepared a Onedio content that deals with this issue and which I think might be useful to people who are curious about itWhen I know the find stories about works of art, I think that it's easier and more accurate to communicate with them.Let's see what his works have been telling us all along. 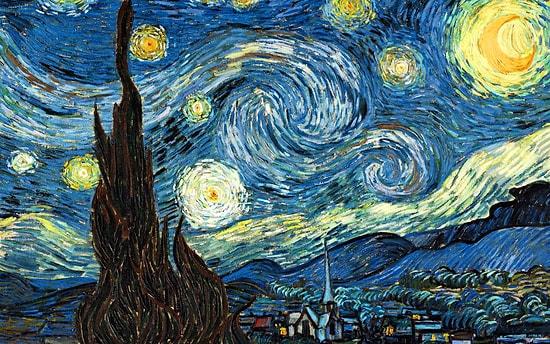 The Mystery Of "Starry Night" By Van Gogh Has Been Revealed!

The painter, well known for his works like Starry Night, Sunflowers, and Bedroom in Arles is no doubt surrounded by mysteries. His life and his works are very interesting and some of the the most wondered mysteries have been revealed. Let's take a look! 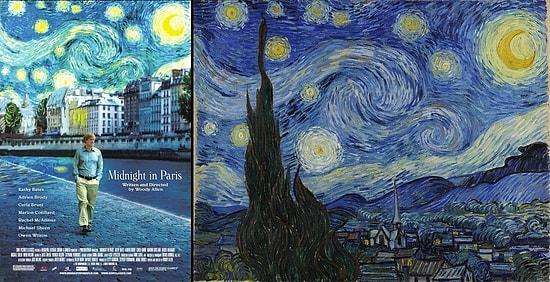 Poster designs combine different types of art, and sometimes carry inspirations from famous art works. Of course, movie posters are original art works on their own and they are a very important part of the movie. We gathered 16 beautiful movie posters that were inspired by famous art masterpieces in this post. 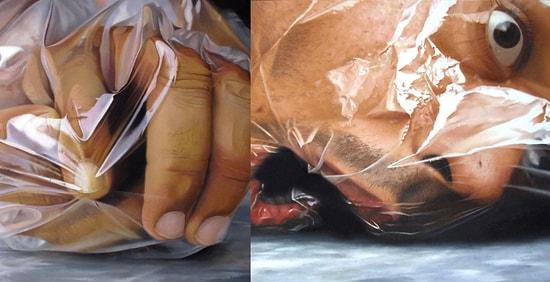 35 Of The Most Gruesome And Unsettling Paintings In Western Art

Sometimes, an artist's imagination reaches out to the darkest places in the human soul.  Disturbing and terrifying images come out on the canvas, and we get thrilled by the eeriness.We’ve made a list of 35 of the most terrifying art pieces in Western Art, which will strike you with admiration and disturb you both with their background stories and their atmospheres at the same time. 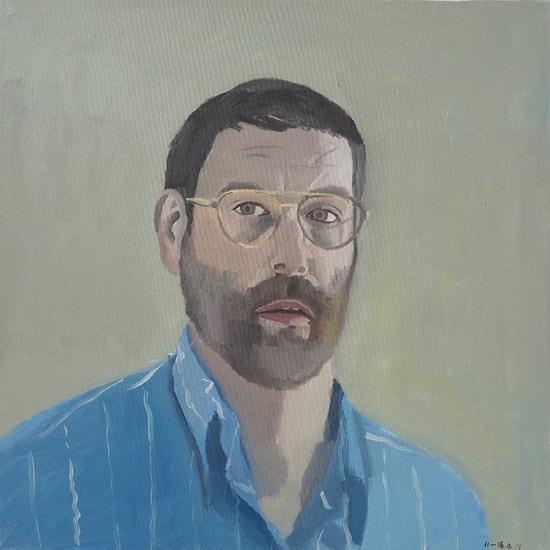 17 Self Portraits Of The Schizophrenic Artist Bryan Charnley!

Schizophrenia is a chronic and severe mental disorder that affects how a person thinks, feels, and behaves. People with schizophrenia may seem like they have lost touch with reality.The paintings of Bryan Charnley (1949-1991) used visual metaphor and symbolism to vividly illustrate the physical experience of schizophrenia, an illness Charnley lived with from adolescence until his premature death in 1991.Here is some information about his life and the self-portraits he painted in last a few months of his life, which captured and reflected the effects of Schizophrenia. Below each image, you can see the date the painting was made, together with his own diary notes in which he explained the the imagery.
Advertisement 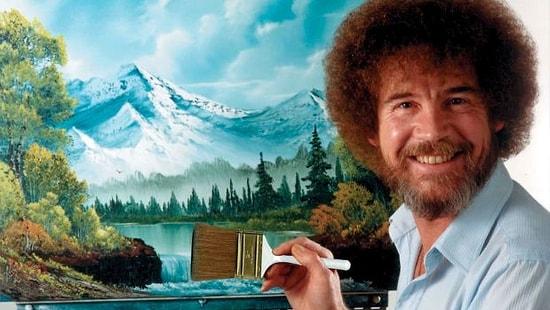 Our dearest Bob Ross, who introduced us to the love of painting, passed away 20 years ago. Here's 15 valuable pieces of advice from him about painting and life in general.
Advertisement
Advertisement