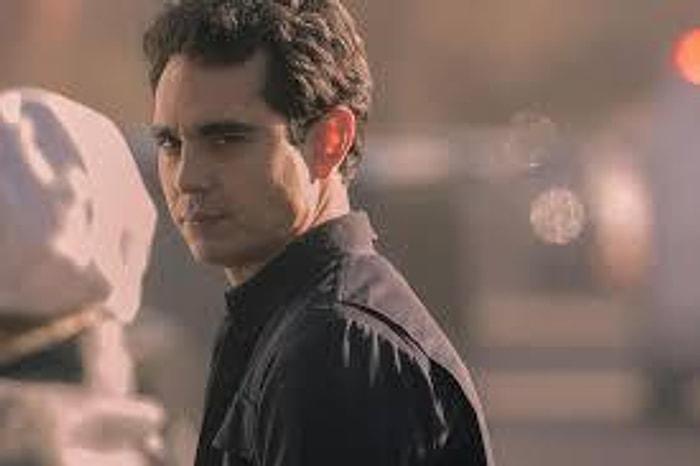 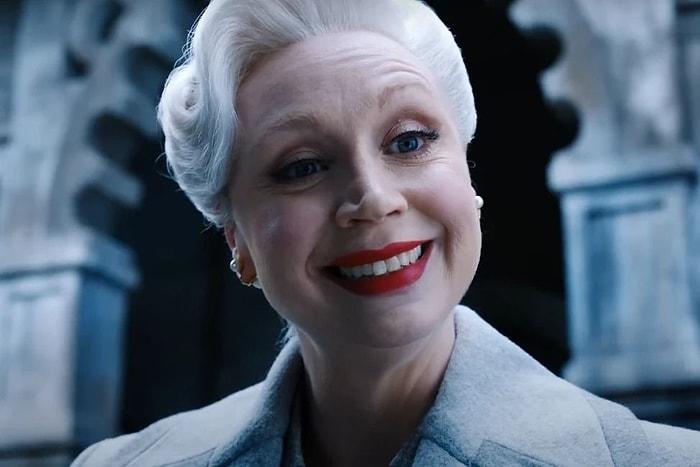 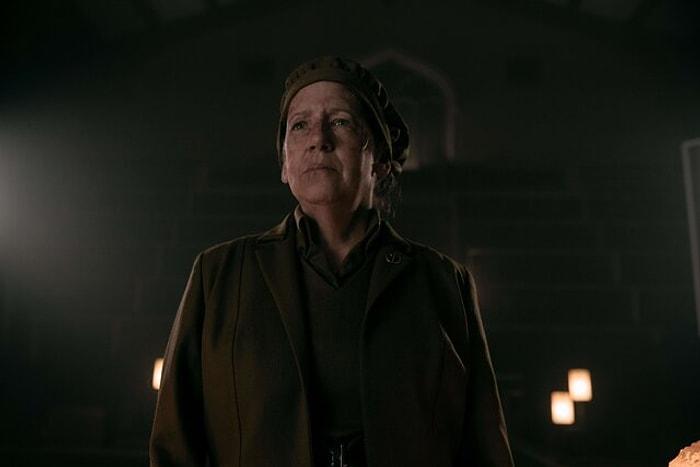 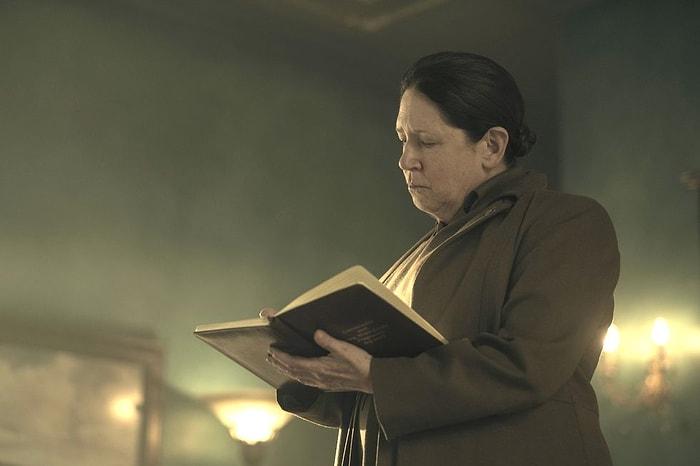 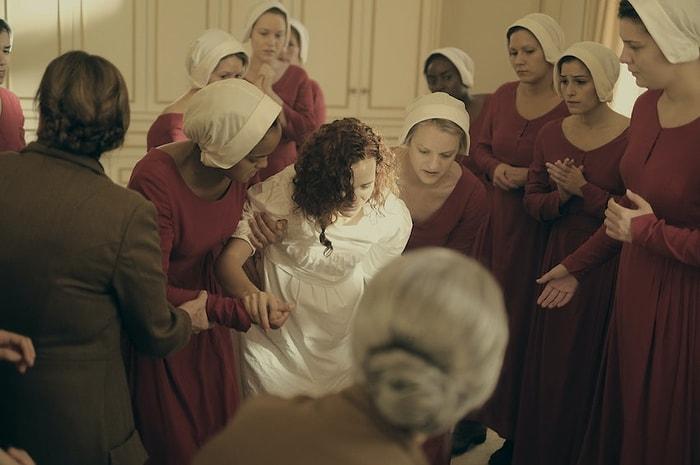 The Handmaid's Tale: Who is Agnes Jemima? 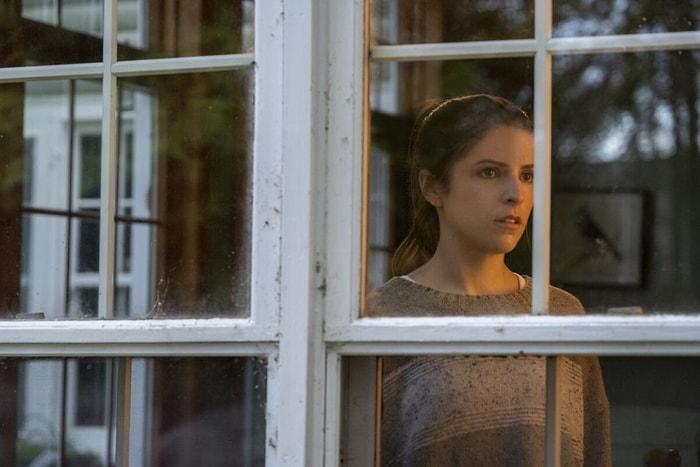 Anna Kendrick is Mentally Disturbed & Desperately in Need of Frientervention in ‘Alice, Darling’ 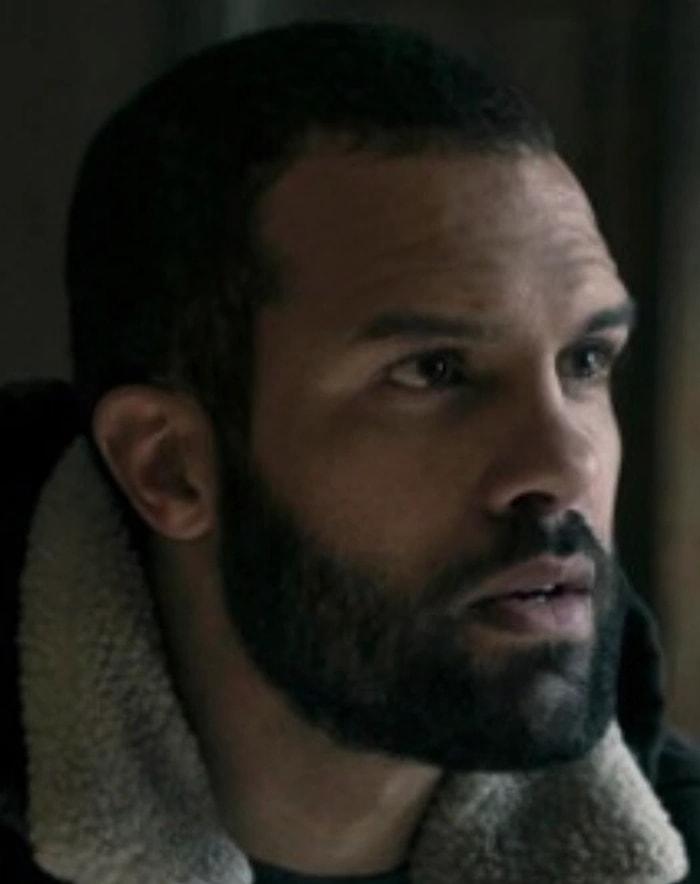 The Handmaid's Tale: The Tragedy of Luke Bankole 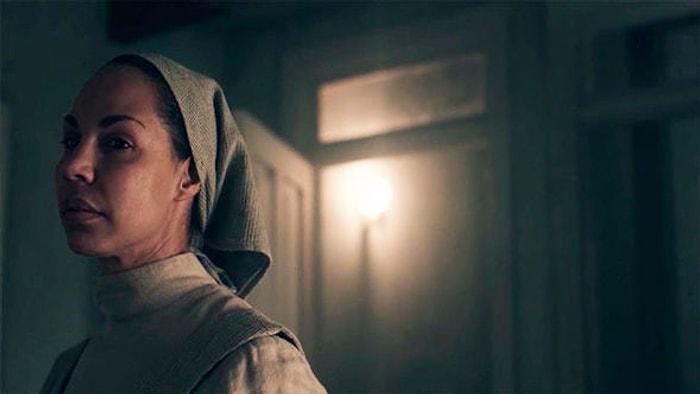 Hidden Atrocities: The Lives of Marthas and Unwomen in 'The Handmaid's Tale' 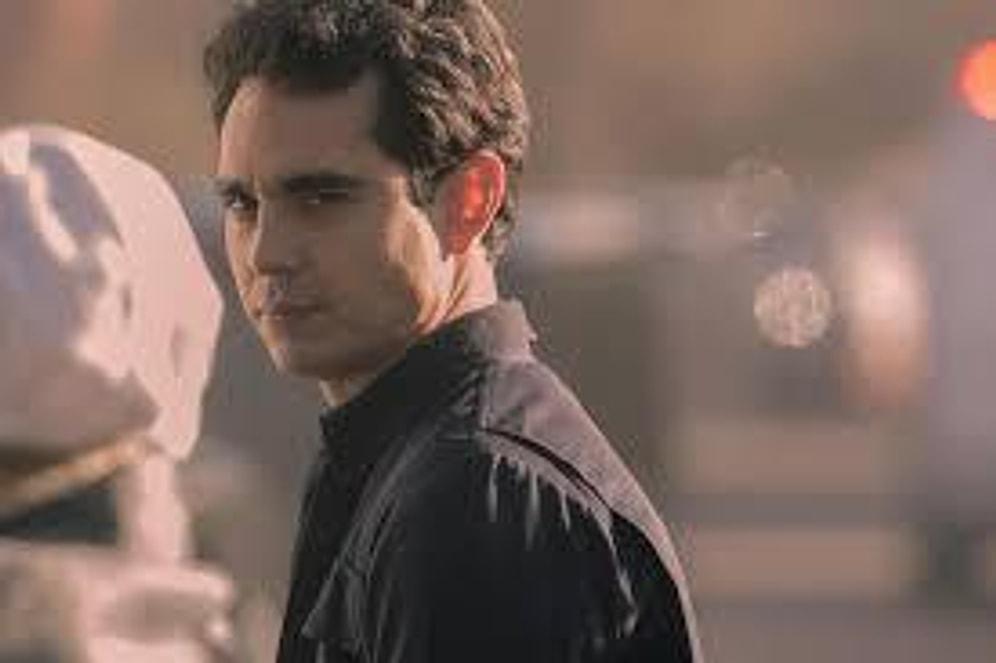 Margaret Atwood is a fiction writer, but she's not concerned with fantasies and intricate lies. There's no expectation of a happily ever after in her work, no matter how badly the fans need it. She'll have us trudge through these bleak, horrific circumstances until we're begging for relief--something normal and wholesome, a world where things work out the way they're supposed to. We loved every second of it, but it's still torture. How could we possibly get a glimpse into these worlds and live without a positive resolution? She doesn't care. She's more concerned with realism and plausibility. If she creates a reality that's broken beyond the point of no return, she's not going to put it back together. She's going to show us the hard truth, make sure we understood, and eventually--if it makes sense, she might throw us a bone. Her original novel The Handmaid's Tale was the perfect example of this. We saw all goodness bled from the world, replaced with a dread nation cannibalizing itself to make a profit and maintain control. There was no escape, just pain and paranoia. It was a look into the daily life of a modern slave. Her existence was unbearable, and in many ways--though we relished every single word--the reading experience was just as difficult. We couldn't live without seeing Offred escape. She deserved freedom, justice, and relief, and we felt that succinctly. We also needed to see the fall of Gilead. Things needed to go back to the way they once were. But that's not how the world works. History has taught us that democracy is not the norm. It is rare and short-lived, and it requires constant maintenance to survive. Harsh dictatorships tend to last. So instead of getting the ending we desperately needed, we saw the most likely scenario. Gilead endured, and Offred's fate was left open. We learned that the cassette tapes she used to record the novel's contents were found in the safe house, but after that, things got a little blurry. She might have been raided and dragged back to the Commander's house. She could've been executed, or she may have escaped into Canada or the UK.
The Handmaid's Tale
TV 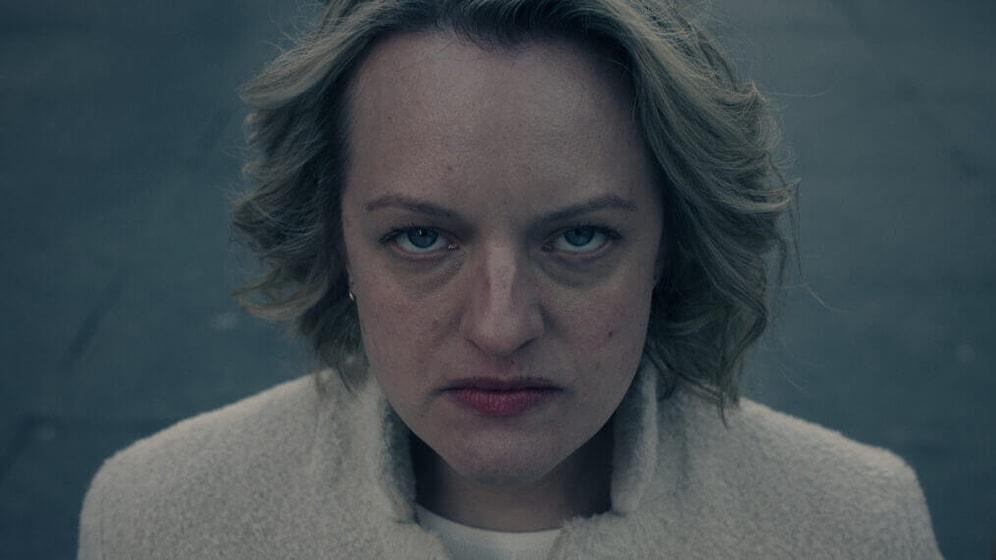 Fans of 'The Handmaid's Tale' have been riding a roller coaster since the series first premiered in 2017. The Emmy-award-winning drama, set in the dystopian Republic of Gilead, is known for pushing the boundaries of television. Now the show is about to release another installment, and if the most recent trailer is to be trusted, then it looks like things are going to get dicey. Elizabeth Moss, who plays the main character June, told ET Canada in April, 'There's so much happening in every single episode.'
Hulu
TV 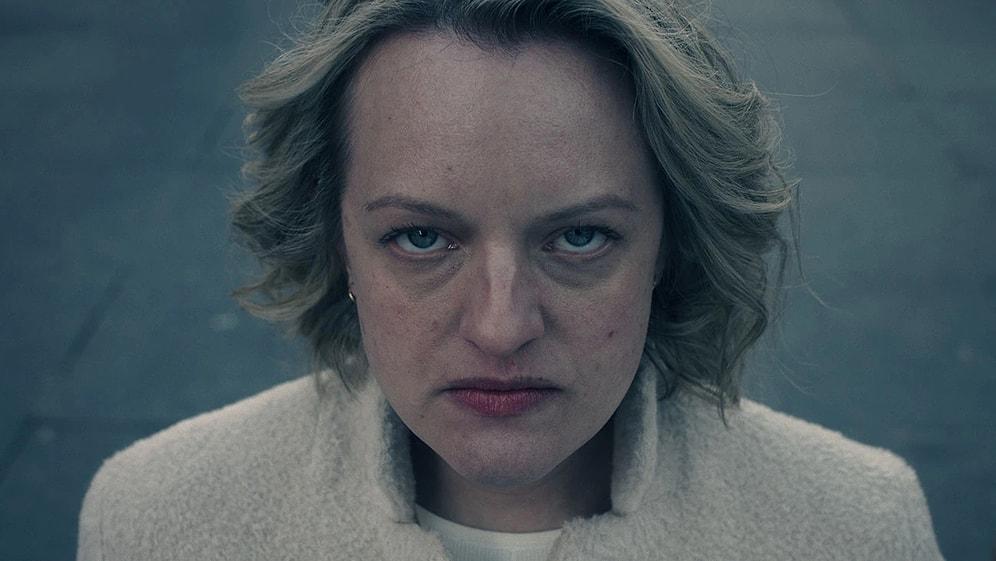 Time flies- wasn’t just the other day fans couldn’t keep calm when the first season of The Handmaid’s Tale premiered? The series has managed four incredible seasons in nearly five years, with the fifth around the corner. The Handmaid’s Tale is a modification of Margaret Atwood’s book of the same title, originally published in 1985 (hardcover).Atwood project has garnered a whopping 4.1/5-star rating on Goodreads and a 3.1/5-star rating on Thriftbooks; no wonder it was modified into a TV show.
TV 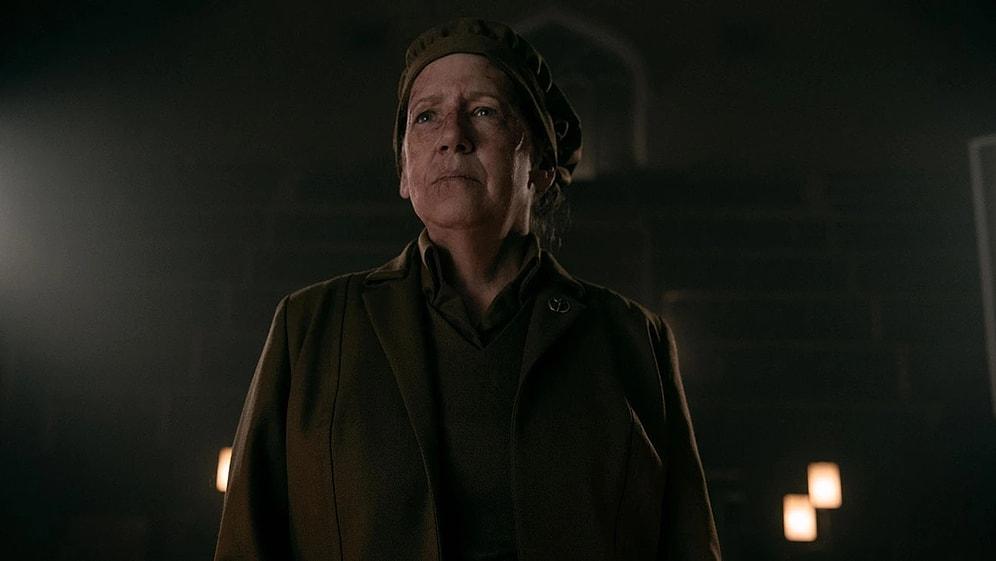 How Will 'The Handmaid's Tale' Pave the Way For 'The Testaments' Spin-off?

Warning: This article contains EXTREME spoilers for the entire Handmaid's Tale universe. Now that 'The Handmaid's Tale' is about to release its fifth season, people are starting to ask about the finale and the sequel. Ann Dowd, who plays Aunt Lydia, did confirm that she was going to star in an adaption of Margaret Atwood's second novel The Testaments in an interview with Hollywood Reporter in 2021. Since the show is winding down, the showrunners are starting to set the stage for the spin-off, and fans are wondering how that will play out.
TV 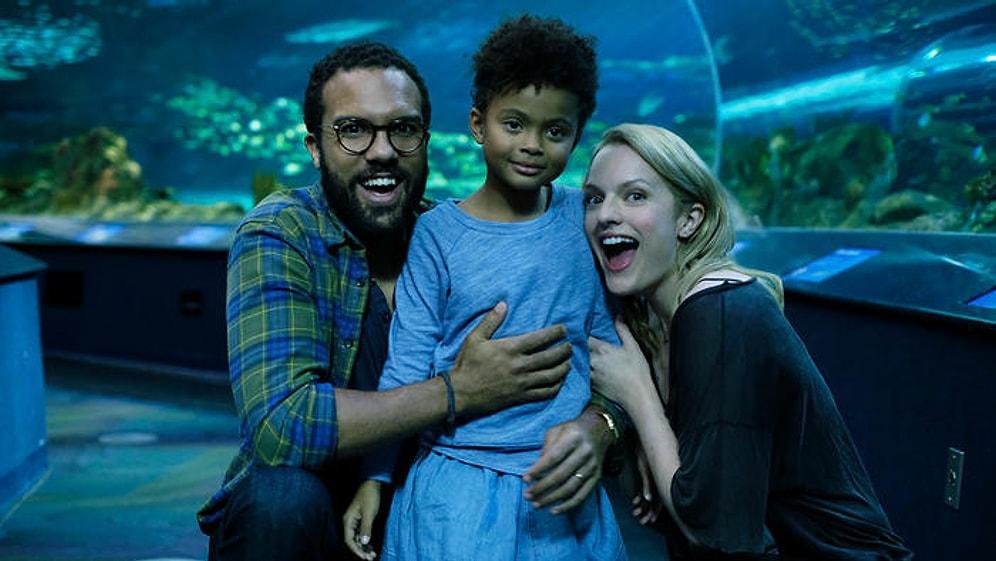 Do June and Luke Get Hannah Out of Gilead in 'The Handmaid's Tale' Season 5?

Warning: This article contains EXTREME spoilers for the entire Handmaid's Tale franchise. For June (Elizabeth Moss), the conflict in 'The Handmaid's Tale' has always been about her daughter, Hannah. Her child was ripped from her arms in the very beginning of the show, and she's been mourning that loss ever since. She doesn't care about anything else, even her own safety. She just wants to make sure that her daughter is safe, so much so that she was even willing to stay in Gilead to get Hannah out.
The Handmaid's Tale
TV 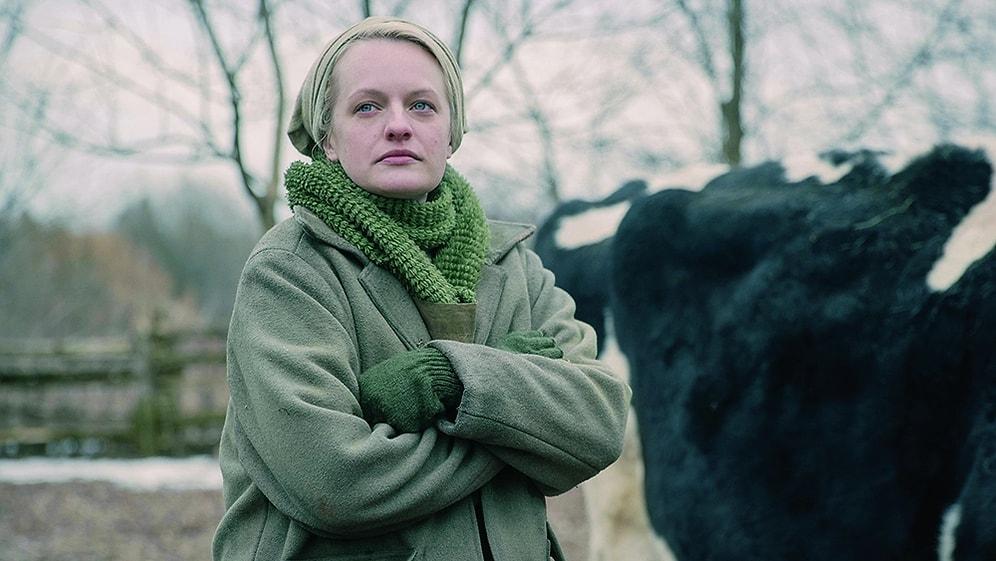 Some bittersweet news arrived today, announcing the renewal of the sixth and final season of 'The Handmaid's Tale.' It was a moment of grief for the many fans who have followed the show since the beginning. The showrunner, Bruce Miller made the following statement in a press release:'It has been a true honor to tell the story of Margaret Atwood's groundbreaking novel and chillingly relevant world, and we are thrilled to bring viewers a sixth and final season of The Handmaid's Tale. We are grateful to Hulu and MGM for allowing us to tell this story, which unfortunately has remained as relevant as ever throughout its run, and are in awe of our incredible fans for their unwavering support, and without whom we never would have gotten to this point.'
The Handmaid's Tale
TV 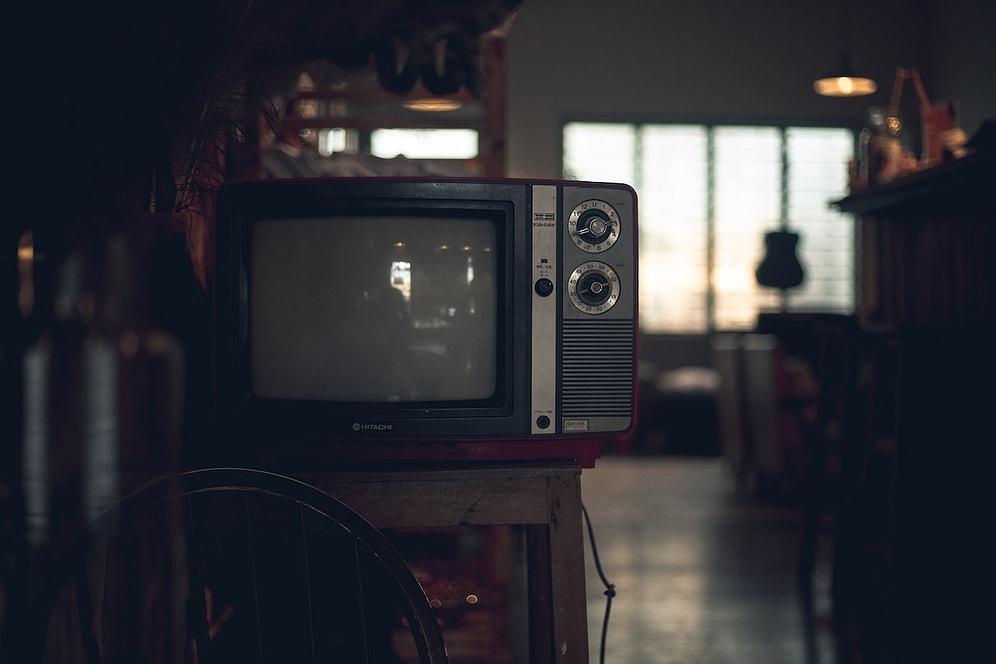 In the days before streaming, science fiction was a neglected market, considered far too costly to be put on screen. Networks did invest in a handful of series, but it wasn't until the demand for original streaming grew that they were willing to put down the money necessary for quality content. Now we have a vast, impressive library of titles to choose from with more being created all the time. 2022 is no different. This year's lineup is mindblowing. It's one of the best we've seen in years. There are some amazing titles on this list, and the year still isn't over.
TV 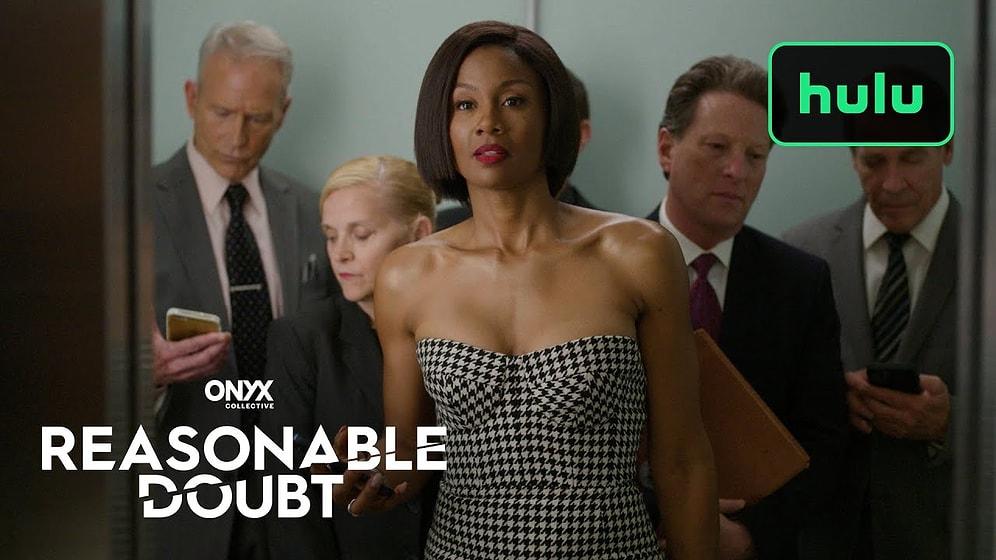 Hulu has been delivering new shows for its subscribers, especially this September. The streamer has another on the list, Reasonable Doubt, set to premiere late this month. The series joins other Hulu September releases such as The Mighty Ones, Tell Me Lies, Grid, The Handmaid's Tale and many more.
TV 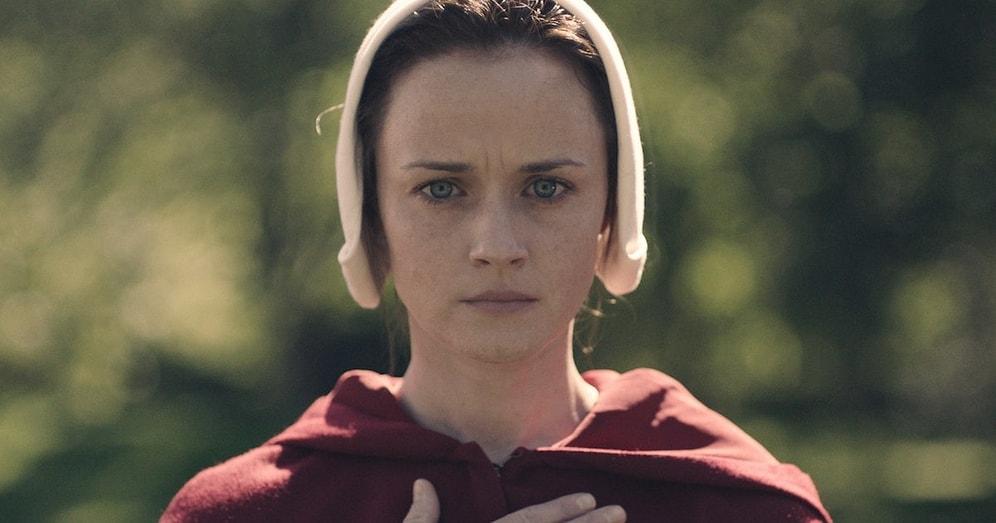 What Happened to Emily Malek? The Answers We Need and the Tribute She Deserves

WARNING: This article contains spoilers for season 5 of 'The Handmaid's Tale.' Blessed be the fruit! 'The Handmaid's Tale' season 5 is back with an emotional appeal like none other. The first two episodes dropped Wednesday, and viewers across the world are already begging for more. Unfortunately, there's one cast member missing, and her absence is sorely felt. In May we learned that Alexis Bledel would be leaving 'The Handmaid's Tale'. There was no real explanation for why she was making her departure, just a prepared statement expressing her gratitude:'After much thought, I felt I had to step away from The Handmaid’s Tale at this time. I am forever grateful to [showrunner] Bruce Miller for writing such truthful and resonant scenes for Emily, and to Hulu, MGM, the cast and crew for their support.'The news left many viewers puzzled as to what would happen to her character Emily Malek, a series regular, who was expected to play a larger part with June now living in Canada. Instead, the show was forced to come up with a way to explain Emily's absence.
TV 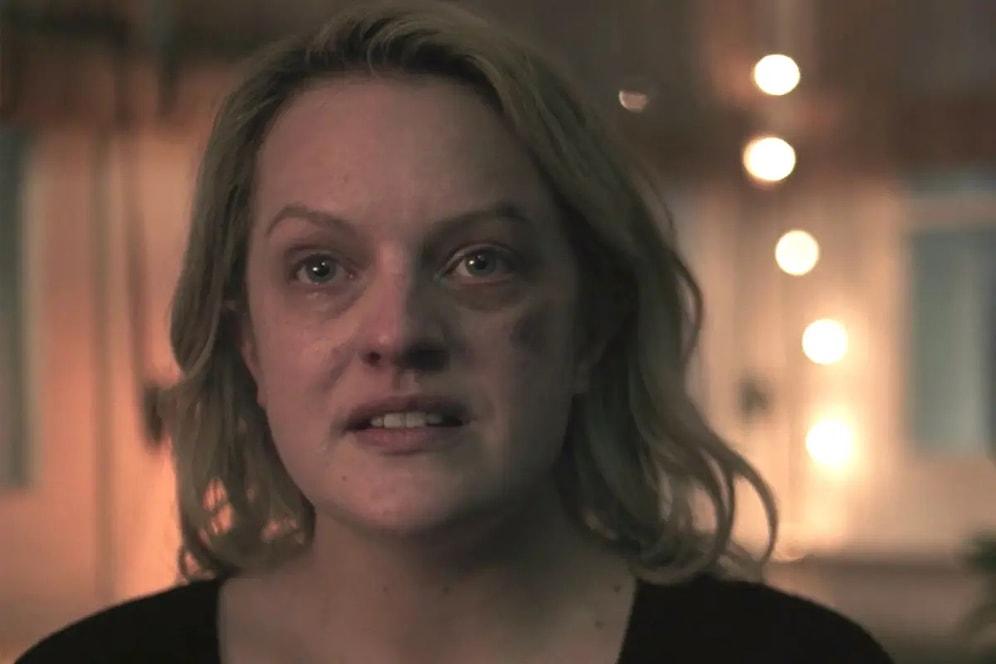 June is the Sane One in 'The Handmaid's Tale' Season 5

Warning: This article contains spoilers for Season 5 episodes 1 and 2 Blessed be the fruit!It's finally here! The first two episodes of season 5 of 'The Handmaid's Tale' dropped Wednesday, and I don't know about you, but I'm desperate to see what happens next. Last we saw June, she was covered in Fred Waterford's blood and holding her infant daughter Nichole. She had just torn the commander apart in the woods with her bare hands. It left viewers wondering if she would face consequences for her actions. Would she go to jail? Would Gilead come after her? We needed to know.
The Handmaid's Tale
TV 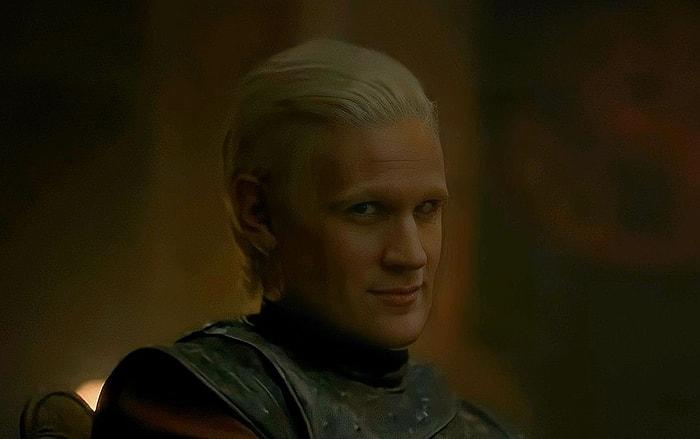 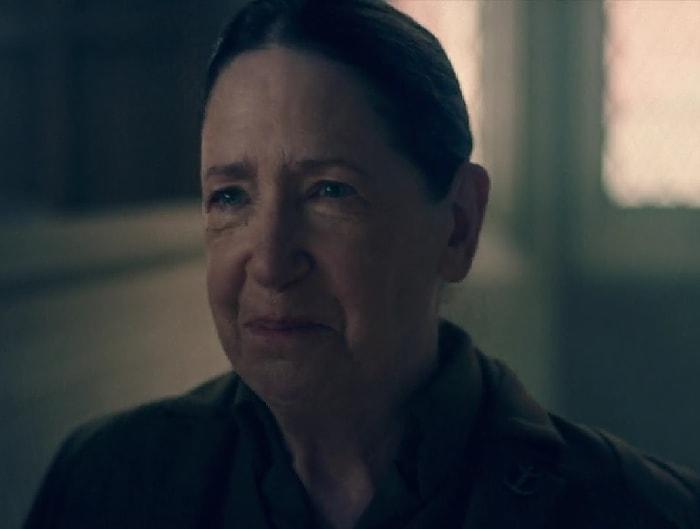 Dreams to Come: Lydia and and the Future of The Handmaid's Tale Franchise

Dreams to Come: Where June's Journey Is Leading in 'The Handmaid's Tale' 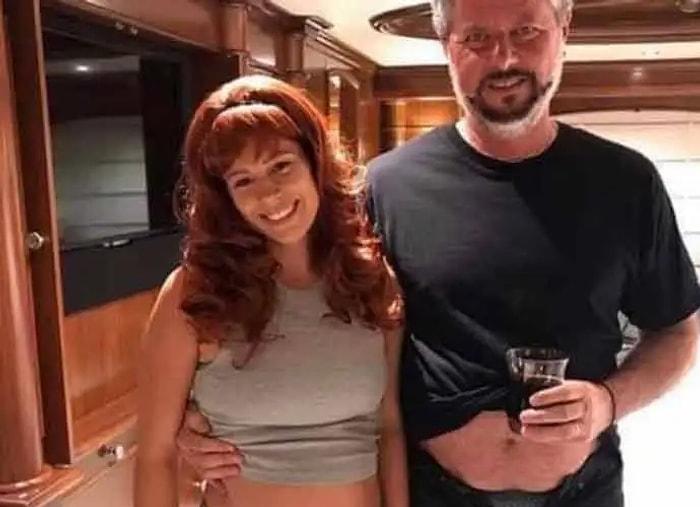 God Forbid: Why We're Better off Without the Falwell Christian Empire 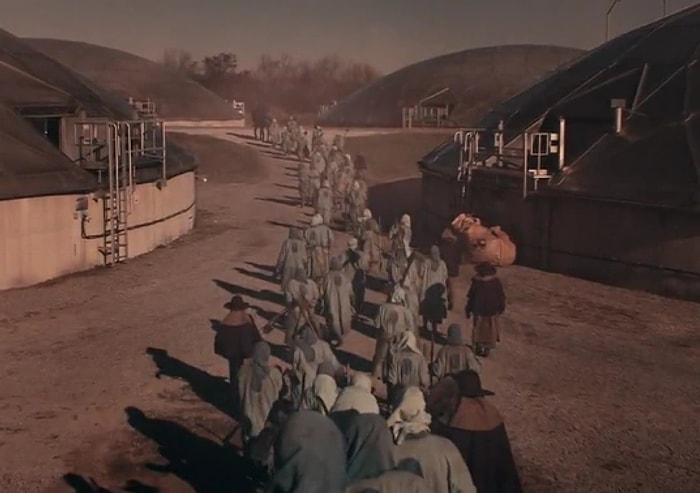 Blood Tapestry: The Women of Gilead in 'The Handmaid's Tale

What We Need From the Final Season of 'The Handmaid's Tale' 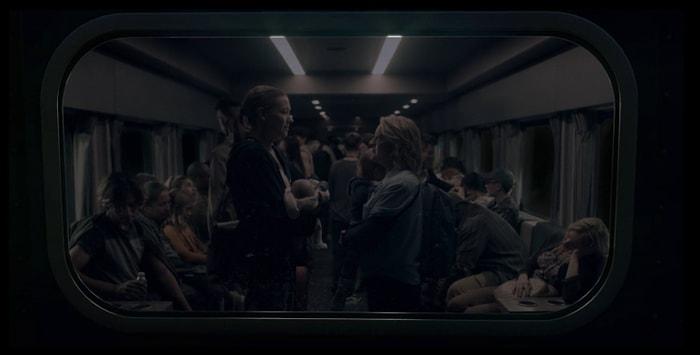 Typing Up Loose Ends in Season 5 of 'The Handmaid's Tale' 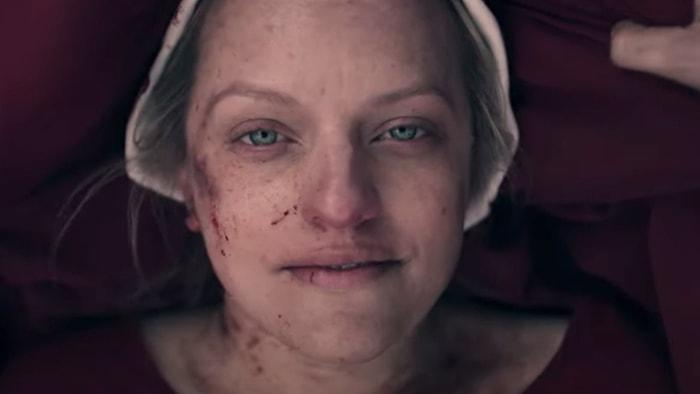 By Her Hand: The Good Works of June Osborne in 'The Handmaid's Tale' 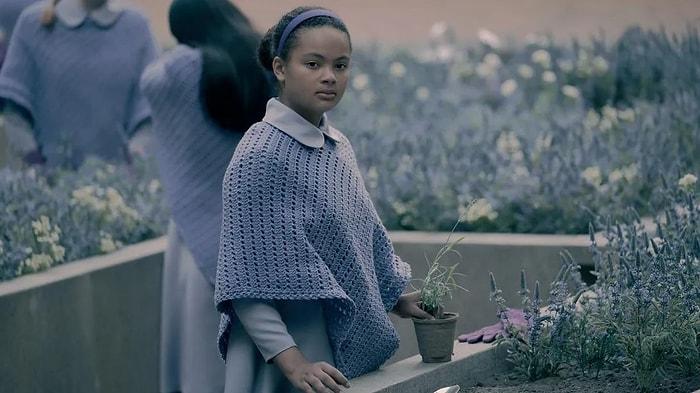 Predictions for Season 5 Finale of 'The Handmaid's Tale' 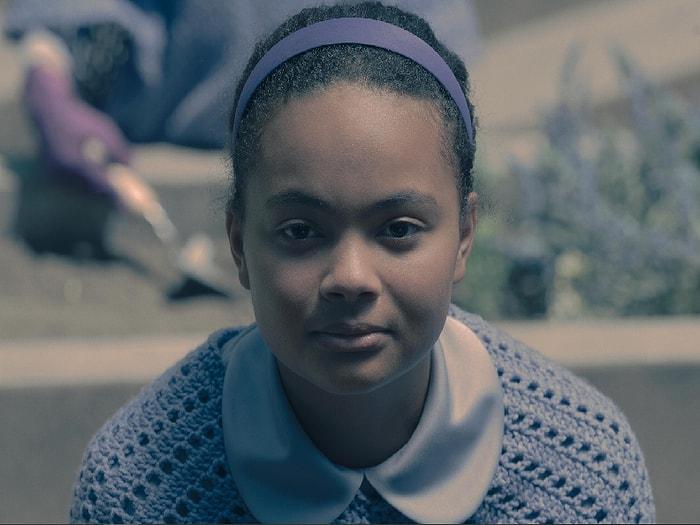 What Will Happen to Hannah in 'The Handmaid's Tale'? 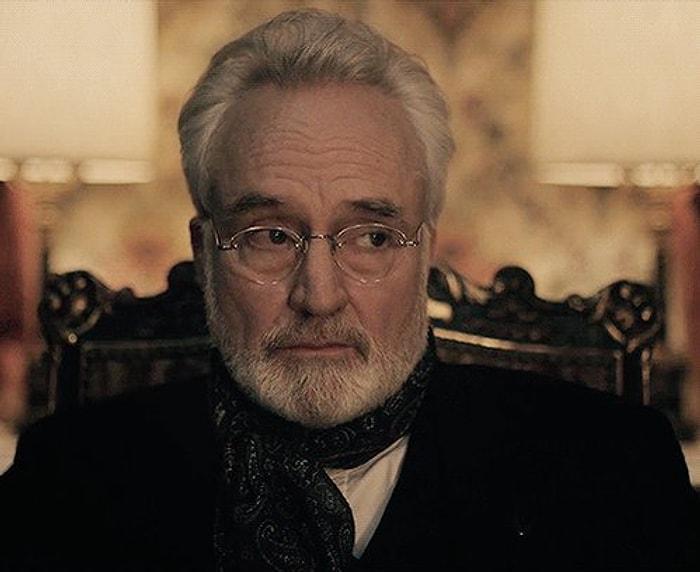 New Bethlehem, the Hong Kong of Gilead in 'The Handmaid's Tale' 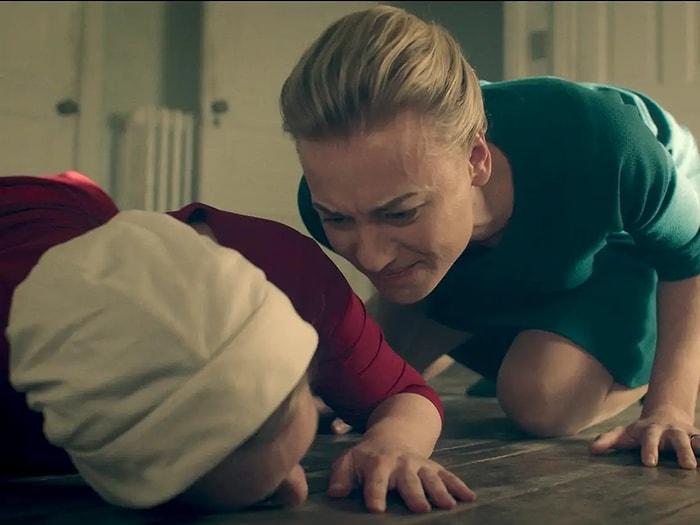 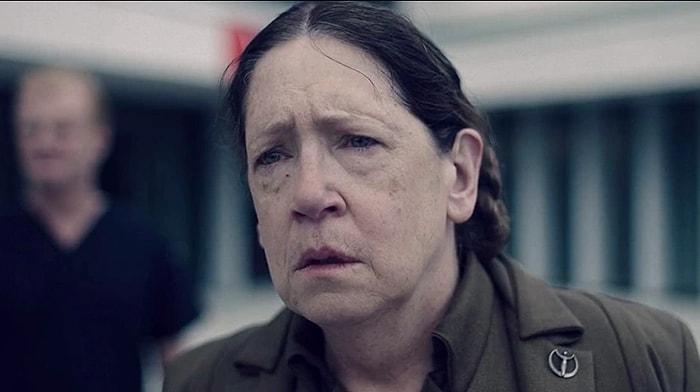 What We've Learned About Aunt Lydia in 'The Handmaid's Tale'