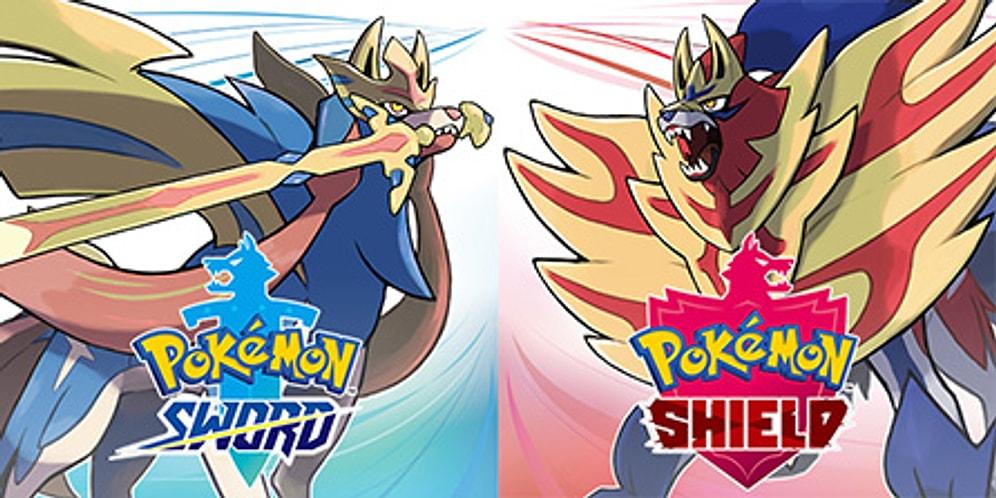 Support for Pokémon Sword and Shield Will Officially End on November

Unfortunately for fans and players of generation 8 of the mainline Pokémon video game series, Pokémon Sword and Shield, the games will no longer be supported come November of this year. The bad (and sad) news was dropped by Serebiit.net and left a bitter taste in many fans of the eight-generation Pokémon games. 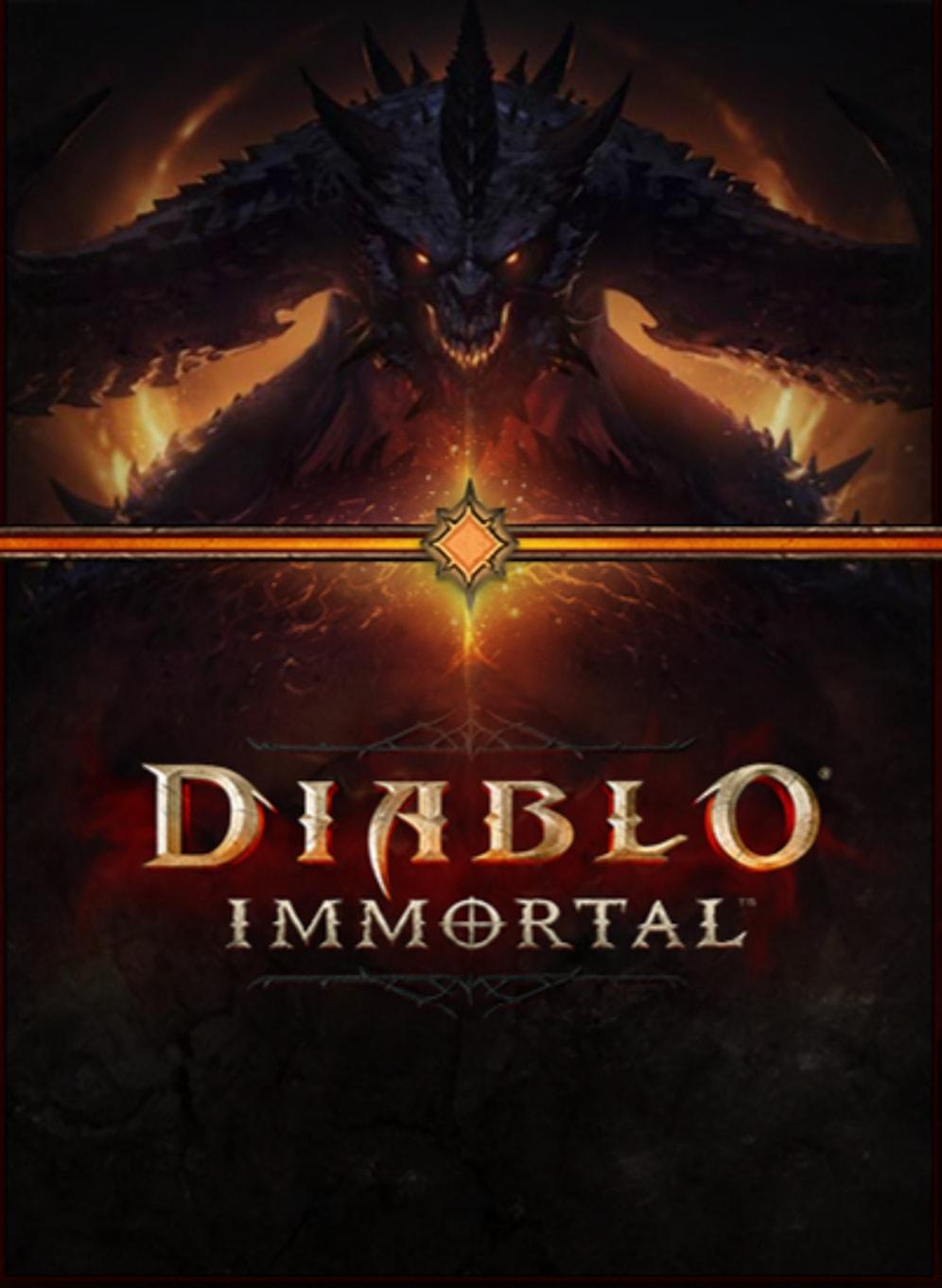 Much to the surprise of the gaming community (most especially Blizzard fans), the massive American video game developer and publisher has announced that its free-to-play MMORPG, Diablo: Immortal, will no longer require real money for players to access end-game content.Diablo: Immortal is an installment of one of Blizzard’s most popular and profitable video game series of all time, the Diablo series. Straying away from its action role-playing game roots, Diablo: Immortal is a massively multiplayer online action role-playing video game that is also marred with microtransactions. The game was developed by Blizzard Entertainment alongside NetEase, so it’s not really surprising to see this kind of microtransaction creeping into the game—and we really hope this doesn’t creep into other games in the series.

New gameplay features of the much-anticipated remake of the Dead Space series were revealed in a blog post, and the game is looking very good so far. The remake of Dead Space comes after almost a decade since the last installment of the series was released back in 2013. Dead Space 3 was released internationally in February of 2013, and the game received a DLC just a month after in March of 2013. 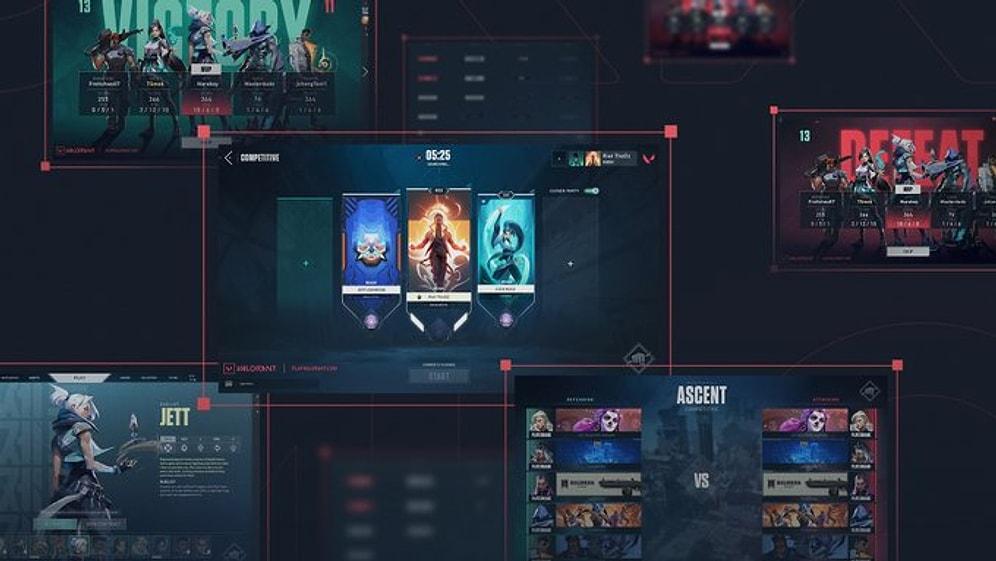 Riot’s popular (and successful) free-to-play, team-based first-person shooter has been out of beta for more than two years already, and its relative success can be attributed to the game’s amazing visuals and gameplay—think of CS: GO but with the addition of unique skills per agent or character.Moreover, the game has also received significant updates during this time, such as additional maps to play on (and the unfortunate removal of one), new agents (and another one coming just around the corner), and tons of new skins and cosmetic enhancements. 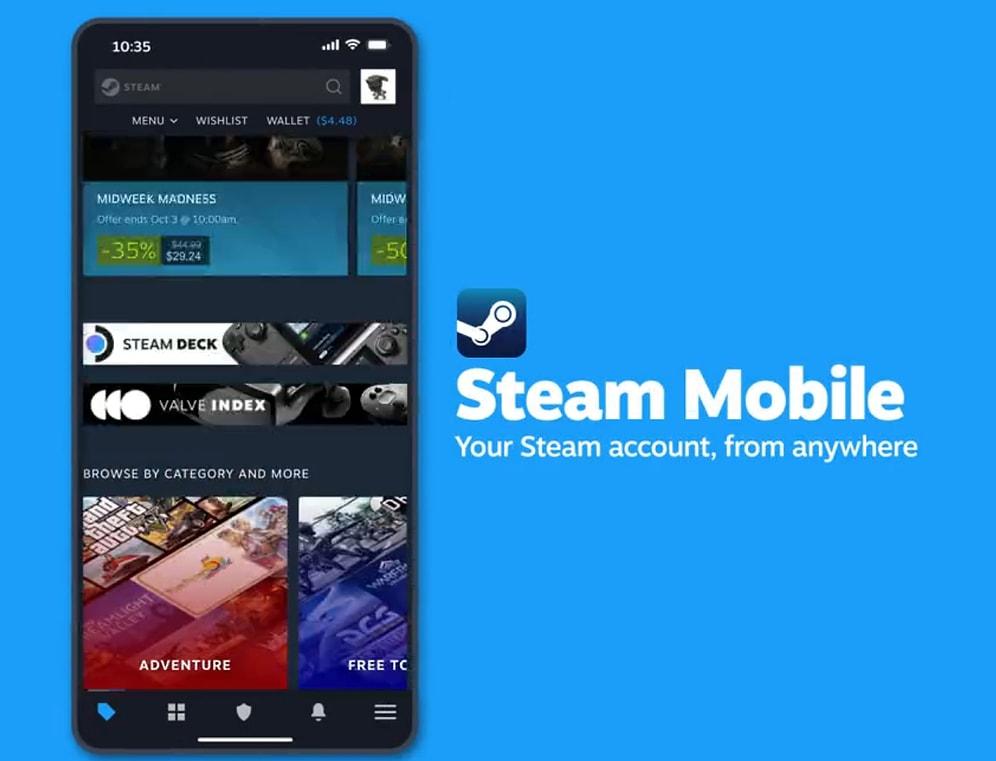 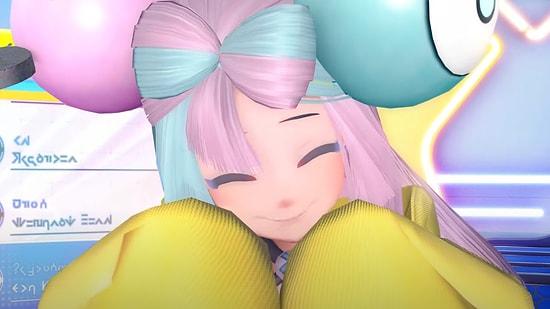 The hype around Pokémon Scarlet and Violet has been building up recently as the games are set to be released just mere 27 days from now! The latest entry and first pair of video games for the ninth generation of one of the largest media franchises of all time were announced to officially be released on the 18th of November.
Advertisement 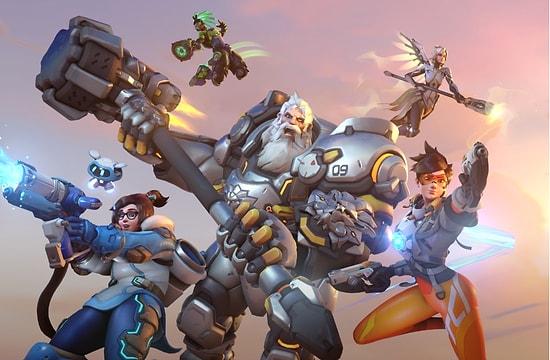 If you ask an Overwatch 2 player how their experience went during the aforementioned game’s first-week launch, you’d probably get some not-so-positive feedback. The gaming community, specifically fans and players of Activision Blizzard’s team-based first-person shooter video game, were not able to hide their disappointment towards the lackluster release of the game, which was marred with plenty and lengthy server problems along with game-breaking bugs.

Activision Blizzard has apparently decided to give the popular first-person shooter video game, Call of Duty: Modern Warfare 2, the same treatment that its other team-based, hero first-person shooter, Overwatch 2, received when it first launched. For those who aren’t up-to-date with news about the Overwatch 2 release, aside from the myriad of bugs and server problems that the game underwent during its first few days of being released as a free-to-play game, the game also featured something that many players within the gaming community did not like or, at least, were not as receptive towards—and that’s the phone number verification requirement. 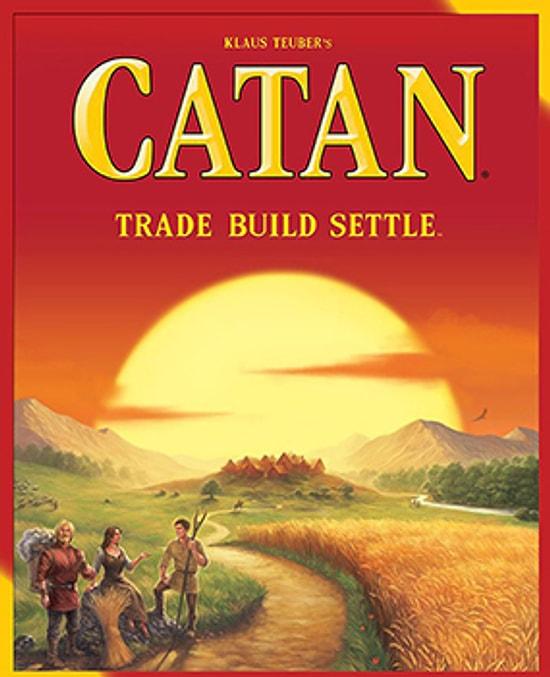 Multiplayer Board Game Catan - Console Edition in the Works

If you’re a fan of multiplayer board games and are itching to play one in the comfort of your bed, then the upcoming console edition of the award-winning board game, Catan, could just be the right one for you. The game, which was formerly known as Die Siedler von Catan (The Settlers of Catan), will be having an unexpected port to consoles, providing wider audience reach and better accessibility to its current fans.According to its official website, the famous strategy board game will “come to life” on the PlayStation 4 and 5, Xbox One, and Xbox Series X/S this year, 2023, without any signs of slowing down. The renowned digital version of the classic tabletop promises to deliver “the original, authentic Catan experience and lets you play with up to 4 friends,” according to the game’s official website. The Catan - Console Edition retains the same core gameplay of its physical board game origin, which involves acquiring resources, building settlements, and even trading with other players—and this is in line with the game’s “Trade, Build, Settle” tagline on its official website. 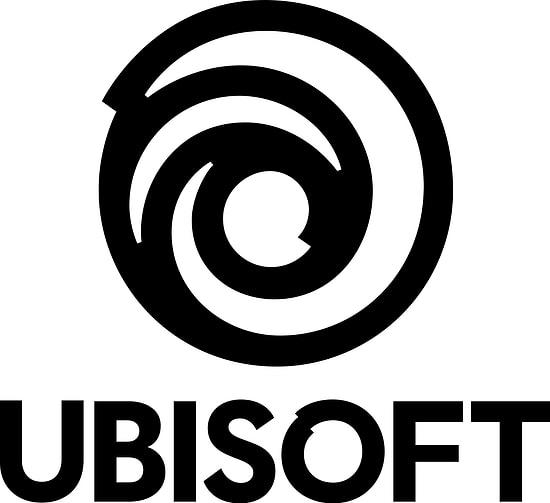 A social media analysis and experiment conducted by the all-around, data-driven recommendations source website, RAVE Reviews, reveals the most hated gaming company right now—and the answer might not really be surprising for those who have been part of the gaming community for a while now.According to RAVE Reviews through its research tool, SentiStrength, the most hated gaming company is none other than the French video gaming company known for its corporate greed (well, at least according to some people within the gaming community), Ubisoft. The research was conducted through the analysis of more than one million tweets that are related to certain brands in the industry. These tweets were then analyzed with regard to their content—whether they were positive or negative.
Advertisement 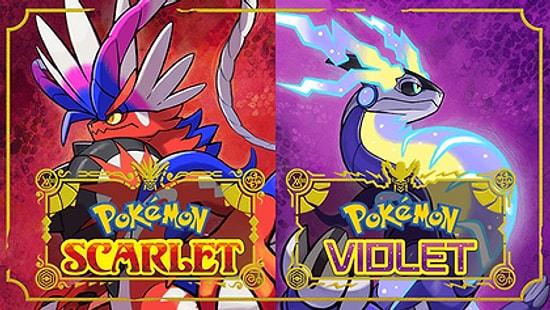 New Pokémon and Content for Pokémon Scarlet and Violet Revealed

Biotech, RimWorld’s Upcoming DLC, Is Going to Be a Blast With 3 New Features

If you’re a fan of indie games (and sim games), then you’ve probably heard of Montreal-based Ludeon Studio’s RimWorld. And chances are, you’re playing or at least have tried the game, given the generally favorable reviews that the game has received ever since its release way back in October of 2018.Well, the good news is that the popular construction and management sim game will be getting another major DLC update that will introduce a lot of new content for players to spend their time on. The upcoming DLC expansion, which is titled Biotech, will be introducing a total of three additional features to the exciting strategy sim game. This DLC will be the third expansion overall for the game, which is only three years old. 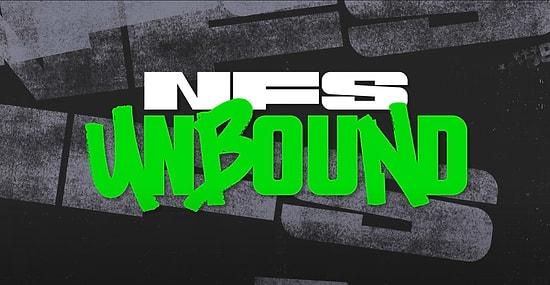 The official trailer for Need for Speed Unbound, the next entry to the famous racing video game franchise by Electronic Arts, Need for Speed (NFS), has finally dropped and has garnered various reactions from the gaming community. The official trailer showcased stunning visuals from the upcoming game and features an anime-like art style.The various reactions from the gaming community were mostly positive, with most fans praising the new art direction that the franchise is taking, which is noticeably different from the franchise’s previous entries. This could be a telling sign of the community’s general positive feedback, especially considering that Need for Speed is one of Electronic Art’s oldest franchises (not under EA Sports), setting its roots in the company’s arsenal of IPs since 1994 with the first-ever entry, The Need for Speed. 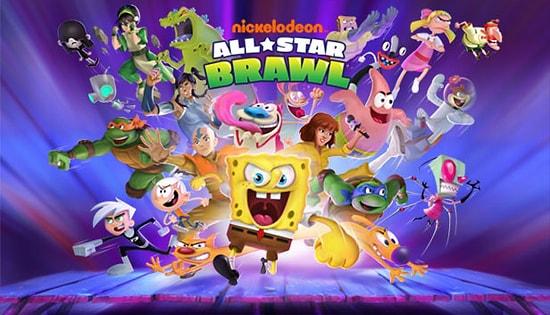 The lovable (or annoying, whichever you prefer) Australian immigrant, Rocko Rama, from the hit American animated television series, Rocko’s Modern Life, is finally coming to the action-packed fighting game, Nickelodeon All-Star Brawl.Nickelodeon All-Star Brawl is the first-ever console port of the Nickelodeon Super Brawls series (although it is now also available on PC), which features various characters from different Nickelodeon shows (or universe, if you will). The series basically features the same action and gameplay as popular fighting games like Tekken and Mortal Kombat while adding its own comedic and comical theme. 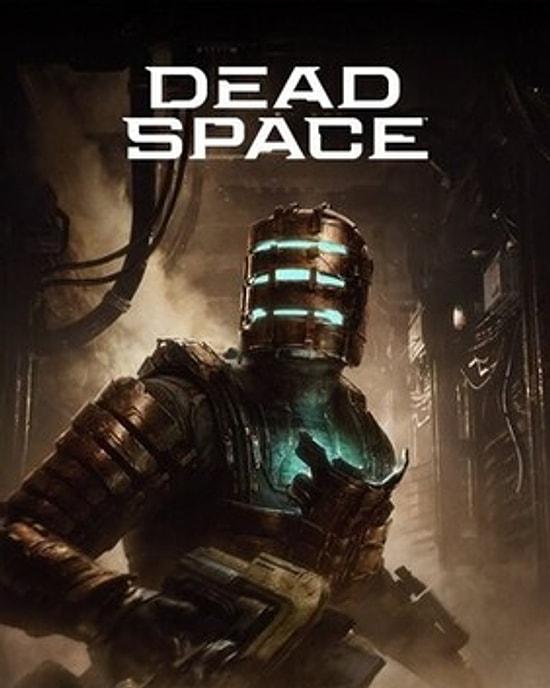 The much-awaited gameplay trailer of the similarly much-awaited remake of the survival horror video game, Dead Space, is finally here. However, the game is not set to release until the 27th of January, 2023.The upcoming iconic survival game is currently being developed by Motive Studio, but it was first reported back in July of 2021 by GamesBeat. Here, there will almost be a two-year difference between the first reports about the game’s rumored (at the time) development and its (supposed) official release.
Advertisement 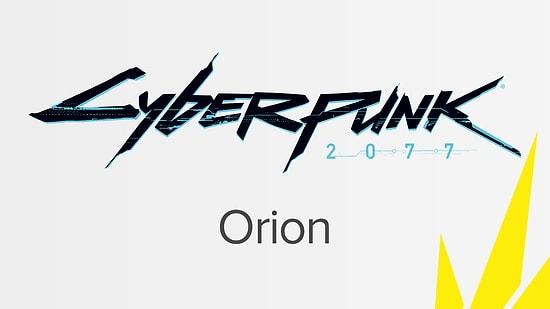 Fans of the Cyberpunk franchise, rejoice! Because CD Projekt Red, the Polish video game developer and publisher behind the renowned action-adventure RPG Cyberpunk 2077 just confirmed that the said game will have a sequel as officially announced.According to the studio’s official Twitter announcement, the game, codenamed “Orion,” 'will take the Cyberpunk franchise further and continue harnessing the potential of this dark future universe.' You can check out the official tweet below. 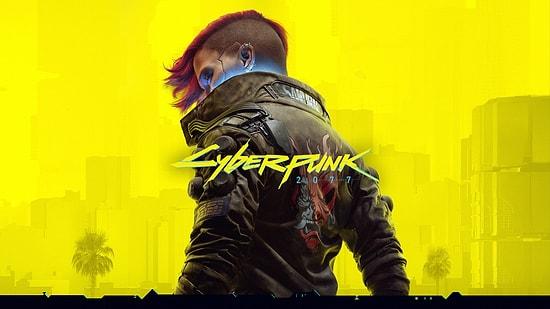 Cyberpunk 2077, One of the Most Played Games on the Steam Deck

If you own a Steam Deck, then your most likely playing Cyberpunk 2077. Are you wondering how we know? Well, it’s basically just simple statistics and probability…or not. As officially posted by the SteamDeck Twitter account, Cyberpunk 2077 is among the most played games on the Steam Deck.If you’ve been up-to-date with the latest news in the gaming world, then this shouldn’t really come as a surprise. The action-packed open-world, action-adventure RPG is one of the most popular video games in the industry, and it has garnered much attention and seen a resurgence in popularity just recently.

Pre-Order Victoria 3 for These Awesome Bonuses

Victoria 3, the sequel to Paradox Interactive’s grand strategy game Victoria II, is set to release exclusively on Steam. This means that it will not be available to buy from the Microsoft Store or Xbox Game Pass. The game will be officially released on October 25, 2022, but you can now pre-order the game via the Steam store.Fortunately, pre-ordering on Steam will provide players with various pre-order bonuses that will provide you with more content to access.