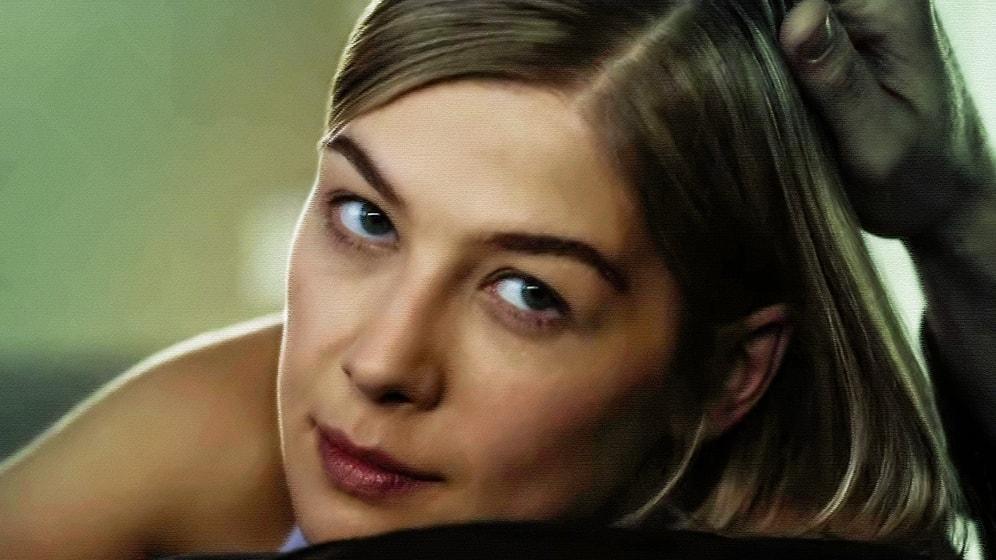 Psychological thrillers offer a different kind of thrill than action-packed movies. Rather than focusing on external threats, these films delve into the inner worlds of evil characters. Expect to see themes of paranoia, delusions, and phobias that will leave you both on edge and psychologically unnerved. In this article, we've compiled a list of the top 15 psychological thrillers that will keep you on the edge of your seat. From classic films to contemporary hits, these movies offer a unique blend of suspense and psychological horror. So, grab some popcorn and get ready to be both scared and captivated by these masterpieces of the genre! 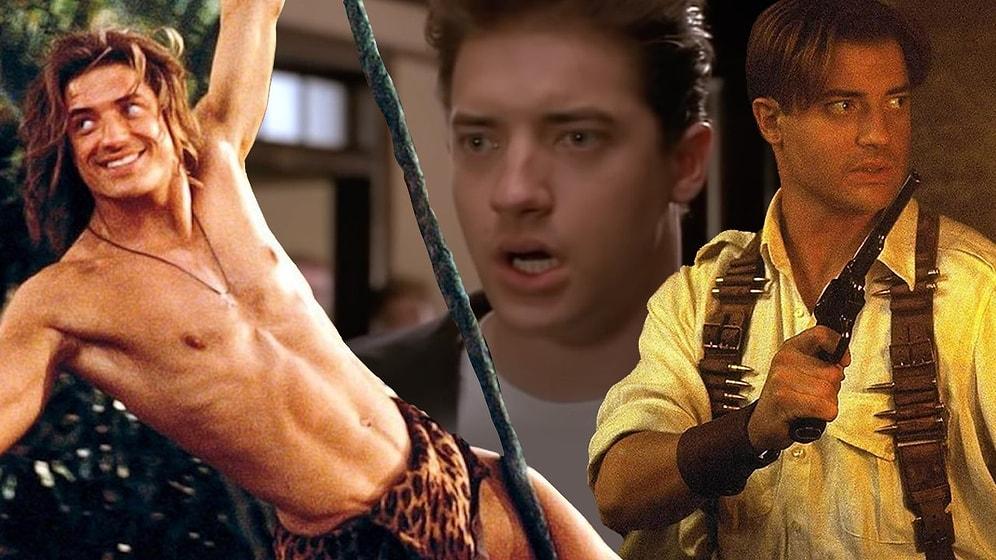 10 Best Brendan Fraser Movies: From ‘The Mummy’ to ‘The Whale’

After being away from the spotlight, actor Brendan Fraser has made a comeback with his recent role in 'The Whale'. However, his past performances in films like 'The Mummy' and 'George of the Jungle' have cemented his place in our hearts as one of the top action stars of the late 90s and early 2000s. Throughout his career, Fraser has also had the opportunity to star alongside some of the most successful actors in the industry. In this article, we take a look at 10 of Brendan Fraser's best films! 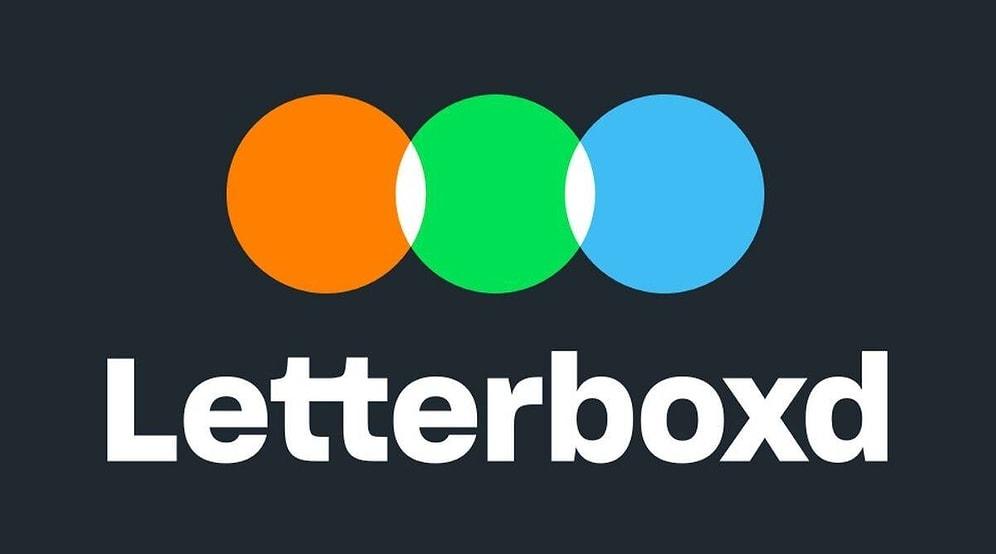 Are you looking for the best movies of 2022? Look no further! According to Letterboxd, these films are the highest rated of the year. From blockbusters to indie gems, this list has something for everyone. Join us as we take a closer look at the must-see movies of 2022 and what makes them stand out. 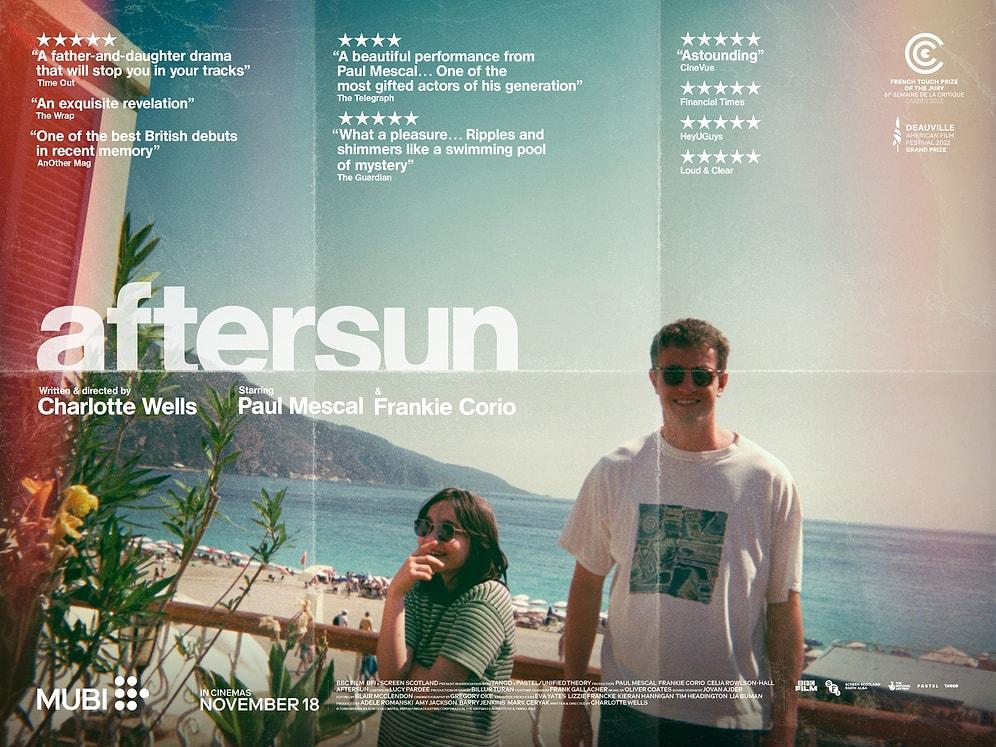 15+ Recommendations for Fans of the Hit Film 'Aftersun'

Aftersun has captivated audiences as one of the most emotionally powerful films of 2022. Director Charlotte Wells tells the story of Sophie, who revisits a vacation she took with her father twenty years ago through a mix of memories and footage. As Sophie seeks to understand her relationship with her father, the film explores themes of family and self-discovery. If you enjoyed Aftersun, we recommend checking out the following films that also delve into similar themes and emotions. Enjoy your viewing experience! 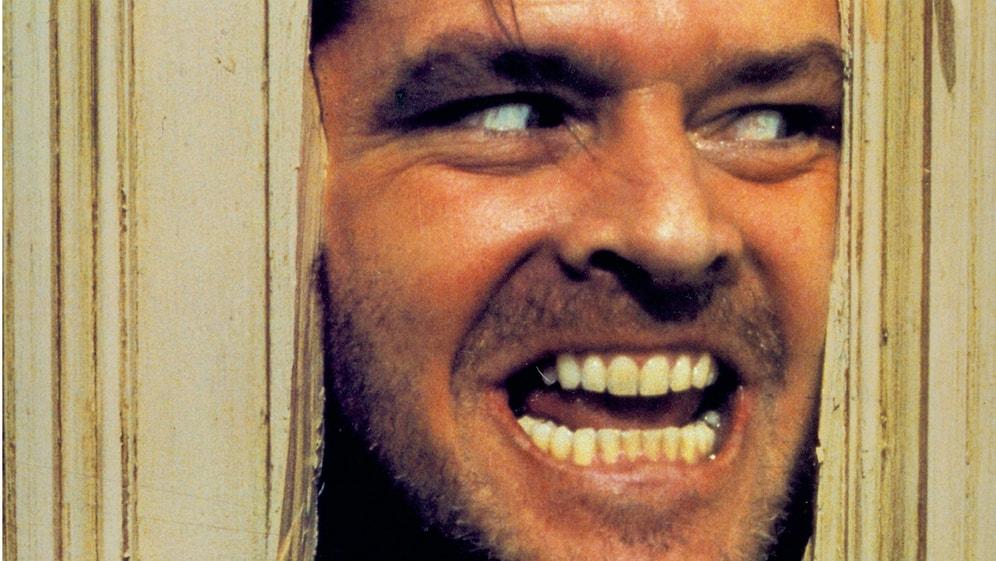 Bringing Evil to Life: Actors Who Mastered Playing the Villain

In the world of acting, there are certain actors that have the power to deeply affect audiences through their portrayal of evil. These actors masterfully convey feelings of violence, anger, revenge, and hatred on screen, leaving viewers with goosebumps as they experience the character's malevolent emotions. They have a unique talent for bringing the darker side of humanity to life, evoking both disgust and fascination in their audience. In this article, we have compiled a list of 17 actors who have mastered the art of playing villains! 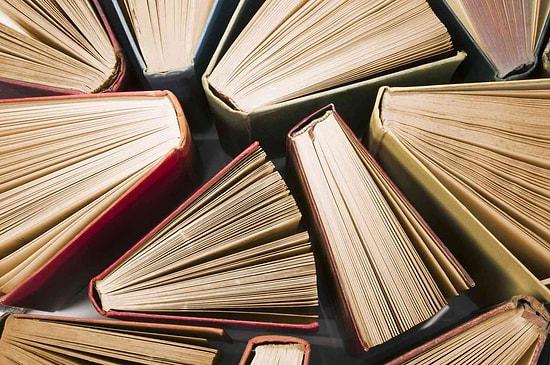 These 9 books have captured the hearts of readers and are selling out fast. From gripping fiction to thought-provoking nonfiction, these titles are not to be missed. Join us as we take a closer look at the books that are taking the world by storm in 2022 and why you don't want to be left behind in reading them.
Advertisement

The Art of Depicting Hell: A Journey Through Famous Paintings in Art History

In the history of art, there are many examples of supernatural and intriguing subjects depicted by artists. Foremost among these is 'hell', which is of great interest to many people. So, what is hell like? If you are curious, here are some of the most famous paintings depicting hell... 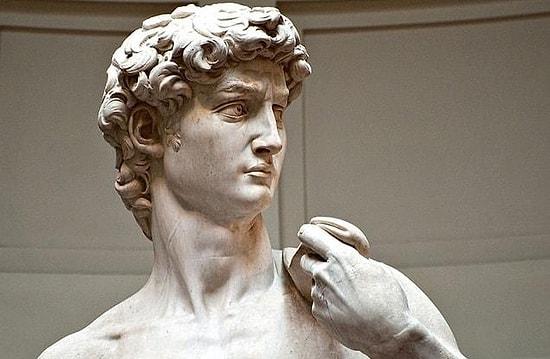 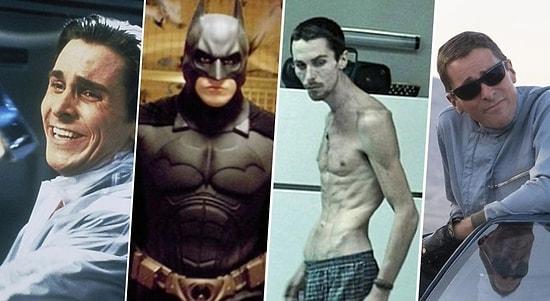 As one of the most accomplished actors of our time, Christian Bale continues to captivate audiences with his performances. With his upcoming role as the villain in Thor: Love and Thunder, Bale solidifies his status as a force to be reckoned with in the industry. To celebrate his incredible body of work, we've compiled a list of some of his most memorable and exciting performances to remind us all why he has remained at the top of his profession for decades. Join us as we take a look back at the career of this exceptional talent. 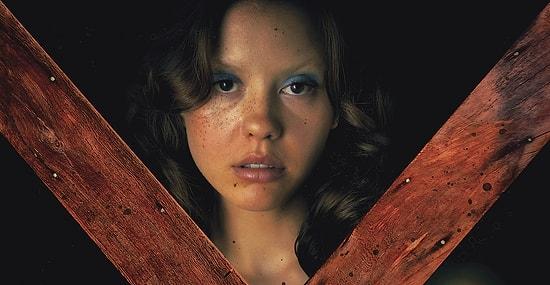 Women have always been a vital force in the horror genre, often breaking free from the traditional damsel-in-distress trope and taking on leading roles. In this post, we're highlighting some of the best horror films in which women play the majority of important characters and take the lead in the story. From scream queens to fierce survivors, these films showcase the range and power of women in horror. Here are 22 movies that we think you will like! 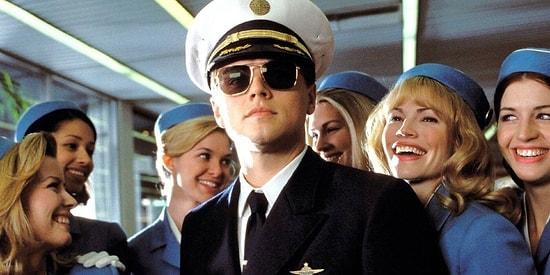 Are you an airport or airplane enthusiast looking for some flight-themed movies to add to your watchlist? Look no further! Here are 16 must-see movies that are sure to satisfy your aviation interest. From classic films like 'Top Gun' and 'The Terminal,' to more recent releases like 'Up in the Air' and 'Sully,' there's something for every fan of all things flying. Get ready to take off with these cinematic gems.
Advertisement 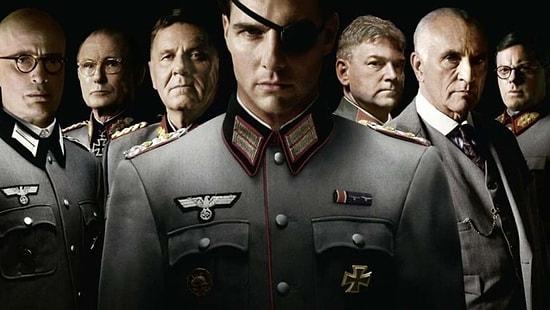 Nazi Germany is a topic that has been explored in film for many years. These films offer a glimpse into the dark history of the Nazi regime and the devastating impact it had on the world. From biopics about key figures in Nazi leadership to fictionalized accounts of life under the regime, these films are both powerful and thought-provoking. In this list, we've compiled 19 of the most breathtaking films about Nazi Germany. Each one offers a unique perspective on this tumultuous period in history and is sure to leave a lasting impression on audiences. 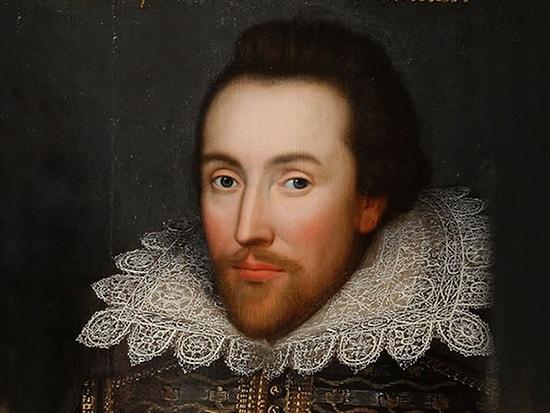 A Guide to Shakespeare's 10 Most Memorable Plays

'Ah, Romeo, Romeo! Why art thou Romeo? Deny thy father and refuse thy name! Or if thou wilt not, be but sworn my love and I'll no longer be a Capulet.' This is a famous quote from William Shakespeare, the English poet, playwright, and actor. In addition to Romeo and Juliet, Shakespeare has many other works. In this article, we will get to know some theater plays that have been adapted from Shakespeare's valuable works. Are you ready? Let's begin! 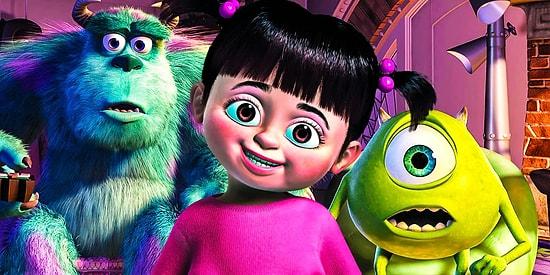 Welcome to our guide to the top 20 must-watch educational children's movies! As a parent or caregiver, it can be overwhelming to choose age-appropriate and meaningful entertainment for your child. That's where we come in. In this list, we have curated a selection of films that are not only entertaining, but also educational and enriching for children under the age of 7. From classic tales of friendship and adventure to stories that teach valuable life lessons and encourage critical thinking, these movies are sure to delight and engage young minds. So, sit back, relax, and let the learning begin! 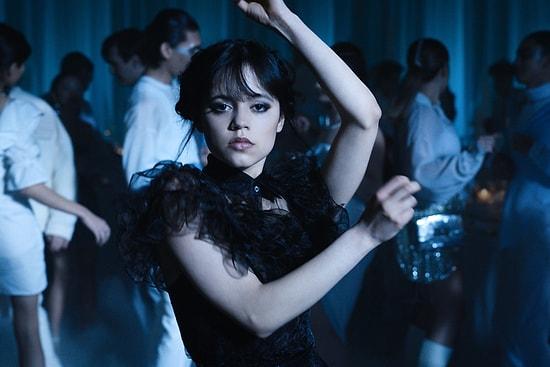 What Has Jenna Ortega Starred In? Movies and TV Series Starring the Stunning Actress

American actress Jenna Ortega attracted all the attention with her role as 'Wednesday Addams', which she gave life to in Netflix's Wednesday series, which broke rating records. Other productions featuring Jenna Ortega, who did not fall off the agenda with her beauty and talent, were also the subject of curiosity. So, where is Jenna Ortega from, how old is she and in what films has she starred? Let's see! 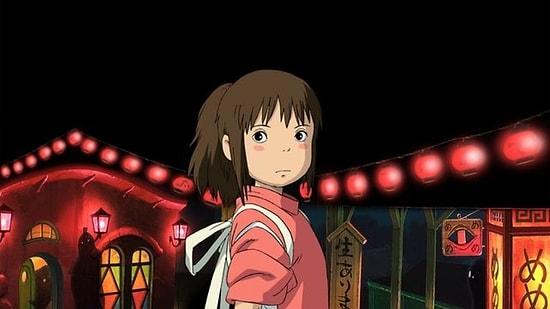 20 Must-Watch Anime Movies for Every Fan: A Comprehensive Guide

Anime is now one of the most beloved entertainment genres that has spread all over the world. So, if you are curious about animes, what should you definitely watch? Let this list be a compass for you on your adventure in the anime world, here you go!
Advertisement 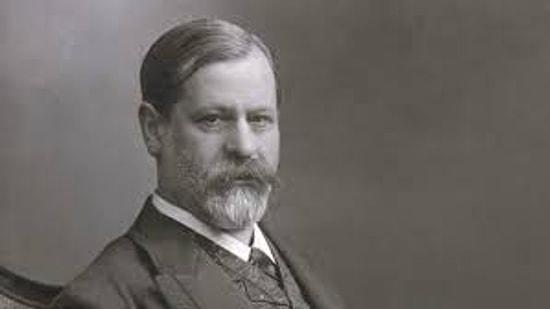 The Life and Work of Sigmund Freud: A Journey Through the Father of Psychoanalysis 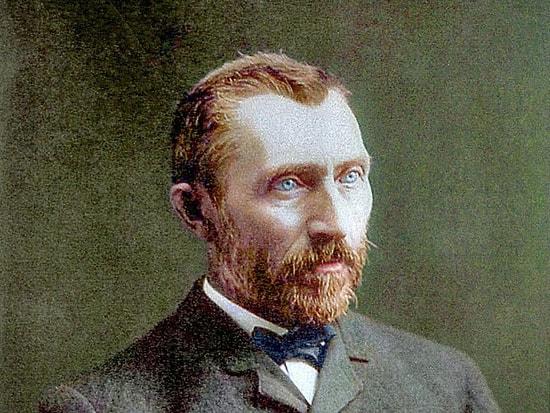 Who is Vincent Van Gogh: His Life, Art and Popular Works

Although Van Gogh is today one of the best-known post-Impressionist painters, he was not highly appreciated during his lifetime. He produced some of his most famous paintings in a mental hospital. Here are some of the curiosities about Vincent van Gogh's life; Who is Vincent van Gogh and what did he do? And Van Gogh's works... 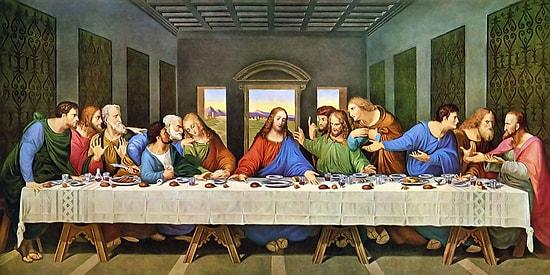 20 Painters Who Changed The History of Art

Painting occupies a very important and central place in Western art. We have listed 20 painters who left their mark on Western painting, including those who struggled with great financial difficulties and mental problems in their time and whose works are now sold for millions of dollars. As in every list, there are omissions in this list; there may be dissatisfaction in the order, sorry... Here are the 20 great painters who 'left their mark on the history of art': 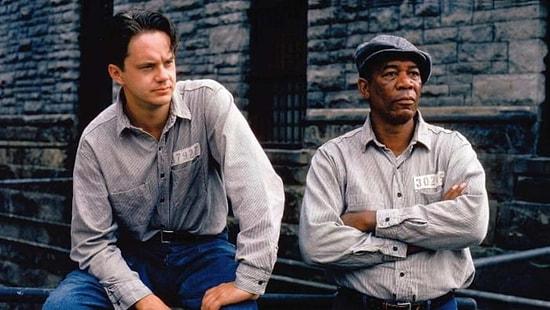 Prison is a place that most of us would prefer not to think about, let alone experience. But for some, it is a necessary part of life, either as a punishment for a crime or as a way to rehabilitate and reform. For many, however, the concept of prison is shrouded in mystery and fear.To help shed some light on this interesting institution, we have compiled a list of the 16 best movies set in prison. These films not only provide a glimpse into the lives of inmates, but they also explore the complex issues surrounding the prison system, such as corruption, abuse of power, and the search for redemption.So, if you're ready to dive into the world of prison movies, grab some popcorn and get ready to be captivated by these tales of crime, punishment, and survival.
Advertisement
Advertisement