Feedback
News
> Entertainment
> TV
> Was Uhtred of Bebbanburg a Real Person? Here’s The Truth about Netflix’s ‘The Lost Kingdom’

We hate to disappoint ‘The Last Kingdom’ fans but Uhtred of Bebbanburg is not really based on a historical figure. That doesn’t make the series less interesting though!

Now on Season 5, and after delays caused by the COVID-19 pandemic, Alexander Dreymon is back as Uhtred of Bebbanburg.

Here’s a look at the historical basis for Uhtred of Bebbanburg’s character in ‘The Last Kingdom.’

How is Uhtred of Bebbanburg related to Uhtred the Bold?

While we already know that Uhtred is not a real historical character, he is loosely based on ‘Uhtred the Bold,’ a real Northumbria ealdorman from 1006 until 1016.

The ‘Last Kingdom’ series was based on the fictional book ‘The Saxon Series’ written by Bernard Cornwell. He was inspired to create the stories after meeting a real-life descendant of Uhtred.

So exactly how is Uhtred of Bebbanburg like or unlike Uhtred the Bold?

For one, Bernard didn’t stick to the timelines. The series ‘The Last Kingdom’ is set in the ninth century, while the true-to-life Uhtred was born in the tenth. This is a crucial piece of information and means that almost all alliances of Uhtred in the series are fictional.

One similarity though is that both Uhtreds went to war against the Scots and even utilized serious psychological warfare by placing enemy heads on spikes leading to Durham.

The true-to-life Uhtred was given the titles ealdorman of Bamburg and later York.

Was Uhtred really raised by the Danes?

One of the most interesting plot twists in ‘The Lost Kingdom’ was the fact that Uhtred was raised by the Danes, as it shaped a lot of what was to come for him in the series.

In the first season, Uhtred was initially named Osbert but was raised by Vikings after his father lost to Ragnar. His loyalty is continuously tested throughout the series as he is made to choose sides- whether to fight with the Danes or the Anglo-Saxons.

While this is a major part of the plot of ‘The Lost Kingdom,' there is no evidence that the real Uhtred shared a similar backstory.

Netflix is currently streaming the fifth and final installment of ‘The Lost Kingdom’ and if you need a similar fix, check out books that inspired the series- particularly ‘Warriors of the Storm,’ and the ‘Flame Bearer,’ which are the ninth and tenth installments in ‘The Saxon Stories.’ 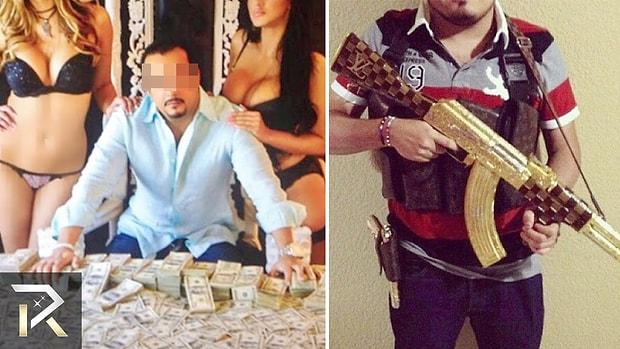