Sometimes we want to escape from the monotony of life and the endless problems through a movie. Most of the time, we can go through bigger depressions while looking for that movie. To put an end to this, we searched for movies that will make you forget your troubles, make you feel better even for a few hours, and relax your soul.

Here are 8 movies you can find on Netflix and watch with a sweet smile on your face... 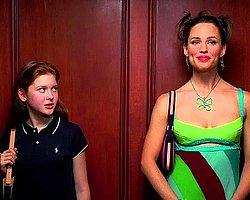 Have you ever had a wish that you really wanted? Be careful what you wish for; because it could be true. In the movie, Jenna, who just turned 13, becomes an object of derision with the game they played at her birthday party. She doesn't want her best friend, Matt to stand by her. Thinking she's disgraced by the man she loves, Jenna just wants to hide and wishes she could stop being a kid there and be 30. When she wakes up, she finds herself in a house he doesn't know, and when she looks in the mirror, she sees that she is 30 years old. The movie, which was released in 2004, is directed by Gary Winick. Starring Jennifer Garner and Mark Ruffalo. 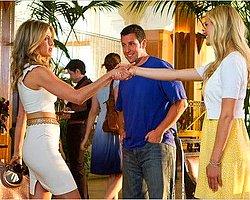 In this 2011 made movie, plastic surgeon Danny, who has relationships by telling lies, meets a young teacher one day. While he wants to have a serious relationship with her, one of his lies prevents it. To cover up this lie, Danny makes a request to his assistant. Danny and his assistant take on the role of a married couple who is about to get divorced. Things get more complicated with one lie leading another. In the director's chair, Dennis Dugan sits, and casting includes names such as Adam Sandler, Jennifer Aniston, and Brooklyn Decker. 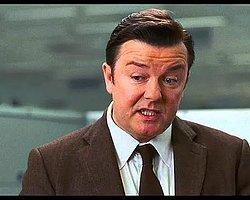 Imagine a world where there are no lies. A world where no one has ever lied before. The movie takes place in such a universe. After living a boring life and failing at his job, Mark is fired from his job. His love life is not going well either. And one day, Mark goes to the bank to pay his rent. Meanwhile, he gets an opportunity and lies. Hence, he does something that no one has done before: Discovering the lie in this way, although Mark tries to fix his life, things start not to go as he thought. The movie was released in 2009. Written and directed by Ricky Gervais and Matthew Robinson, the film stars Ricky Gervais, Jennifer Garner, and Jonah Hill. 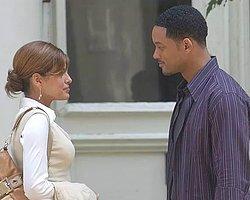 Alex Hitchens, a love doctor who works wonders, gives men tactics on how to talk to women. Sara writes a column on a newspaper's gossip page. Alex and Sara somehow meet and start an affair. While Alex keeps her true profession a secret, Sara follows the swirling love doctor rumors, finds one of Alex's clients, and things develop. Will Smith and Eva Mendes star in the 2005 movie. It is directed by Andy Tennant. If you're looking for an entertaining romantic comedy that won't bore you while watching it, don't miss Hitch. 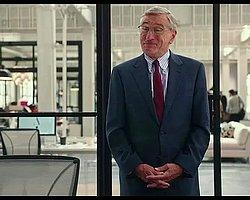 A successful company launches a new trainee program. Ben, a 70-year-old retired man, wants to get rid of the loneliness he fell into after losing his wife and applies for this internship job. Accepted, Ben starts working with company owner Jules Ostin. Over time, the business relationship between Ben and Jules develops into a great friendship. The Intern, which was released in 2015, manages to make you smile as long as you watch it. Nancy Meyers is the director of the movie starring  Robert De Niro and Anne Hathaway. 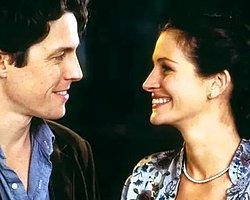 Divorced William Thacker lives in a small town called Notting Hill in England. He lives a single life with an interesting roommate. One day, the world-famous movie star Anna Scott comes to the bookstore run by William. Thereby, the two meet and begin to talk and get intimate. William's quiet life changes after that day. But dating a famous movie star can be pretty complicated. Released in 1999, Notting Hill is one of the most successful romantic comedies. The movie starring Julia Roberts and Hugh Grant is directed by Roger Michell. It's a great movie that will warm your heart as you watch it. 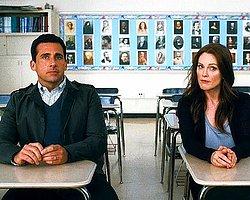 Living an ordinary life with his beautiful wife and children, Cal Weaver, in his 40s, is shaken one evening when he learns that his wife is seeking a divorce from him. On top of that, Cal's life becomes more complicated when he learns that he has been cheated on. After spending his time at a bar, Cal's life changes when he meets a young man named Jacob. Jacob decides to help Cal, who doesn't know how to live a single life. While trying to take care of his children, Cal struggles to adjust to his new life. 2011 romantic comedy directed by John Requa and Glenn Ficarra; It puts a smile on the faces of the audience. The movie has a large cast, featuring very famous names such as Steve Carell, Ryan Gosling, Julianne Moore, Emma Stone, Marisa Tomei, and Kevin Bacon.

Rich businessman Philippe has an accident while paragliding and is now paralyzed. He can't use below his neck and he needs a caregiver. They look for someone to take care of him 24/7, but it won't be that easy. An unemployed man named Driss, fresh out of prison, applies for the job. When the two come together, their lives change completely. These two, who have very opposite characters under normal conditions, start to have a good time together. The 2011 film is one of the productions in which the theme of friendship is best handled. The film, starring François Cluzet and Omar Sy, was directed by Eric Toledano and Olivier Nakache.