Among the movies of the 90s that are ageing like fine wine, The Mask tops the list. The Mask has been on HBO Max's platform for almost three weeks now having debuted on June 1, eagerly waiting for you to click on the stream button.

I’m here to remind you what an awesome classic film The Mask is, especially since Jim Carrey and Cameron Diaz star in lead roles. 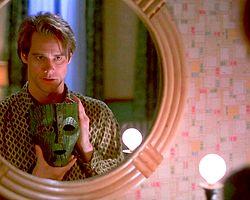 Released on July 28 1994, The Mask centers on Stanley Ipkiss (Jim Carrey), a hopeless romantic cartoon-loving bank clerk who is frequently ridiculed by everyone in town except his colleague and best friend Charlie Schumaker (Richard Jeni) and his Jack Russell Milo.

Stanley falls for Tina Carlyle (Cameron Diaz), a beautiful singer who goes to the bank to open an account, disguising her intention of scouting the layout for her robber boyfriend, Dorian Tyrell (Peter Greene), planning to rob the bank.

Stanley wishes to approach Tina but feels down on his luck. However, he stumbles upon a mysterious mask that when put on, transforms him into a cartoonish character with amplified abilities.

His queer fantasy character not only lands him in hot soup with the police but also with a gang of criminals led by Dorian. On the bright side, both Stanley and his masked character manage to score with Tina.

The Mask became a big theatrical and critical success, minting over $351 million on a less than $25 million budget. It also cemented Carrey's career as one of the most prominent Hollywood actors, with a plethora of his other successful films following, including Liar Liar, Dumb and Dumber, Ace Ventura, Batman Forever, and How the Grinch Stole Christmas, among others.

The Mask was shy of an Academy Award win, having lost to Forrest Gump, released the same year. A sequel Son of the Mask was released in 2005 but couldn't cut anywhere near its predecessor, earning box office and critical dud.