For a while now, Paramount+ has been the home of several captivating documentaries. The streaming network is at it again with Watergate: High Crimes in the White House.

This documentary follows the scandal and crime that disassembled President Richard Nixon during the renowned break-in at the Watergate office complex. 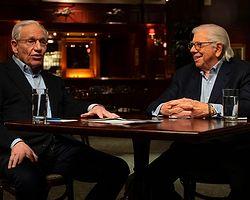 The burglary happened 50 years ago, being the most remarkable political crime in the history of the U.S. That early morning, June 1972, five thieves were arrested with the discovery of wiretapping gadgets installed inside the Watergate complex.

Dwight Chapin reflects on his era as the President's assistant and the almost eight months he stayed in federal prison for outlaws related to Nixon's 'dirty deals' campaign. Stephen Bull also recounts the poignant and painful last hours at Nixon's side as he chose to resign from office- being the first American President to do that.

What was perceived as a mere robbery became an exceptional tale of scandal and crime, leading to the President's dismantling.

Terence Wrong and Susan Zirinsky of See It Now Studios are the producers, with Mitch Weitzner as the chief producer and Sasha Reuther as the senior producer.

Watergate: High Crimes in the White House debuts this Friday, June 17th, via Paramount Plus after broadcasting on CBS TV Network. Stay connected!