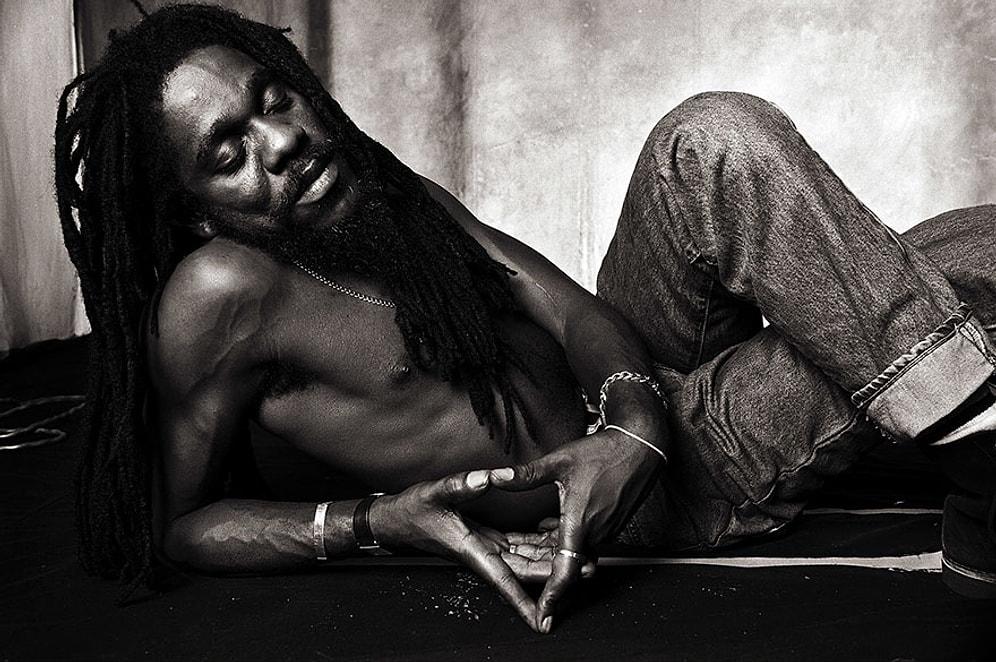 Stunning B&W Photos Of 27 Celebrities That Marked Our Time!

You may have heard the name Norman Seeff. The photographer captured timeless images of celebrities and artists during the 70s and 80s. The following black and white images are works of art by him, compiled from Boredpanda. 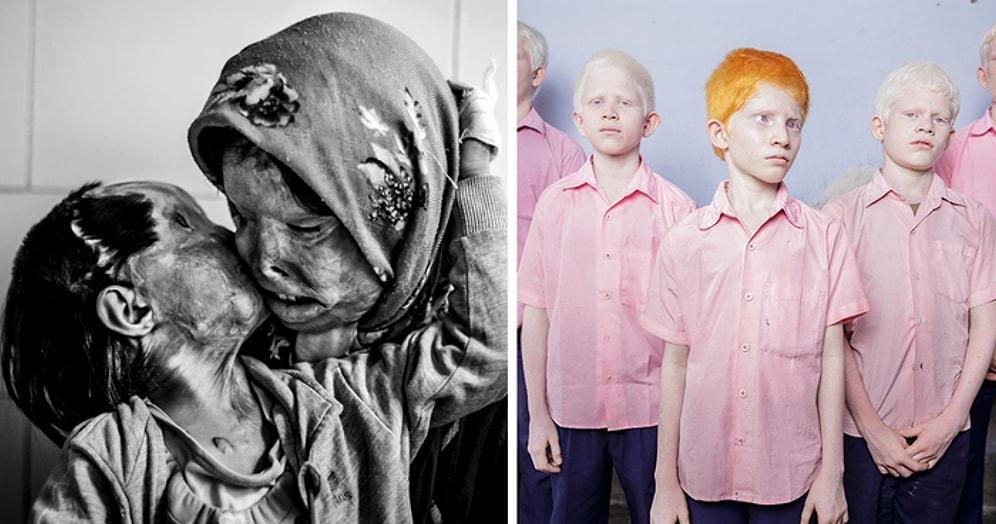 30 Incredibly Powerful Portraits From Around The World

Capturing a good portrait is not an easy job, but when done right, it speaks volumes about the people pictured and the worlds they live in. Bored Panda collected these 30 amazing portraits that will definitely give you a feeling of connection. 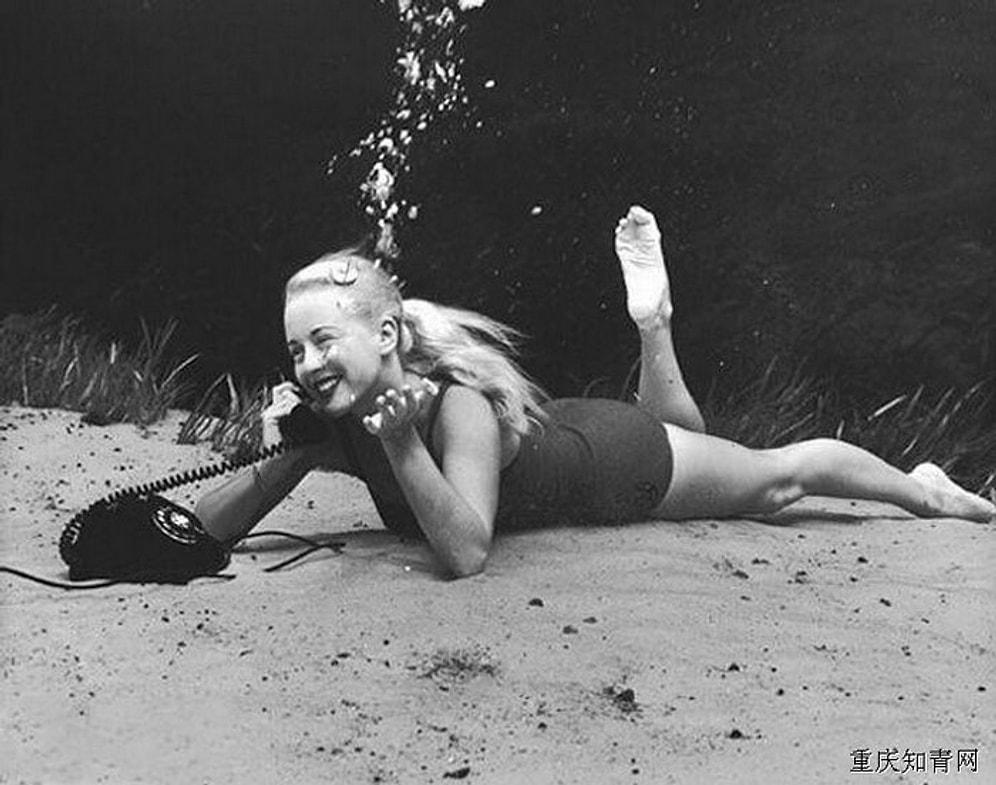 29 Pin-Up Photos That You Won’t Believe Were Shot Underwater In 1938!

What exactly would you expect from 1938, artistically, or scientifically? Not much, right? Well, you’ll be surprised after seeing these amazing photos, which were originally published on Bored Panda. 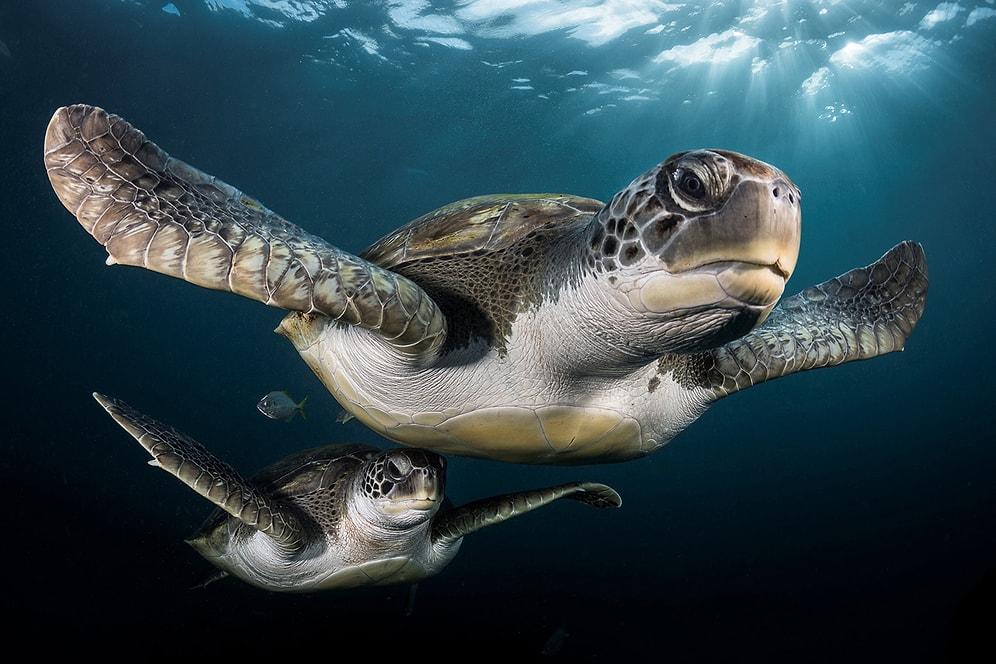 The winner of the 2017 Underwater Photographer of the Year has been revealed. The contest, with photographers from 67 countries participating, gave its 1st place prize to Gabriel Barathieu's work, An Octopus in Mayotte Island. The remaining places went to the following shots, each one more amazing than the other. 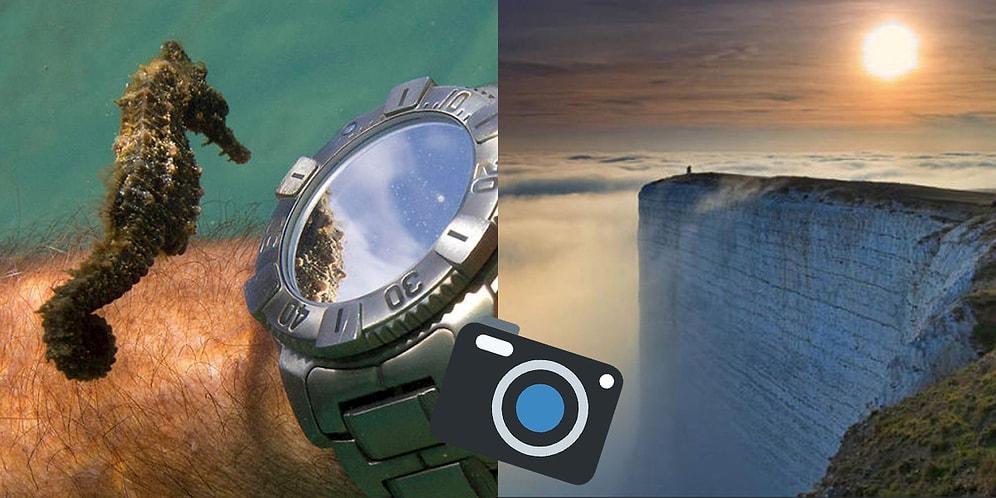 30 Amazing Photos To Remind You How Beautiful Our World Is!

Even after thousands of years, the Earth still continues to be a mystery. From a seahorse that is inspecting a diver's watch to World's edge...Here are 30 photographs that would remind you how mysteriously beautiful our world is! 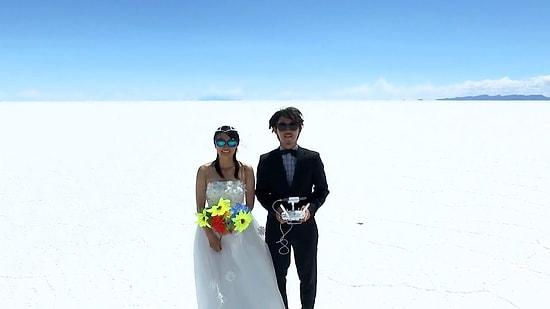 This couple on their honeymoon went off the beaten track by traveling to 48 countries in 400 days... Here's the mind blowing compilation of their drone shots.
Advertisement 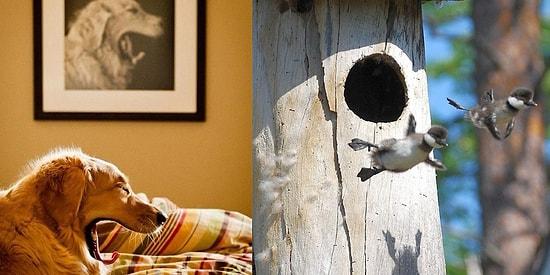 All of these photographs were perfectly timed. Some are pretty funny and some are gross. Be sure to check your picture files, you never know what's hiding in the background. Now, just scroll down and enjoy the ride...

17 Spooky Photos That Will Make You Too Scared To Check Your Old Photos!

These are not just some illustrations or any type of fictional work. These photos are real and each of them has something mysterious and dreadful about them. People are still wondering how come such photos could be taken in the first place. Secrets are still yet to be solved!P.S.: there are no monsters under your bed. 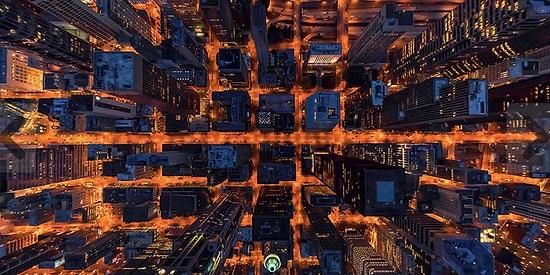 No matter how much time you spent walking around in a foreign city, there are things that you can not be able to do. The team of photographers at the Russian AirPano comes into scene at that point. These talented photographers rise into the sky to show other people a different perspective of the geometrical structures of the world famous cities.More info: airpano.com 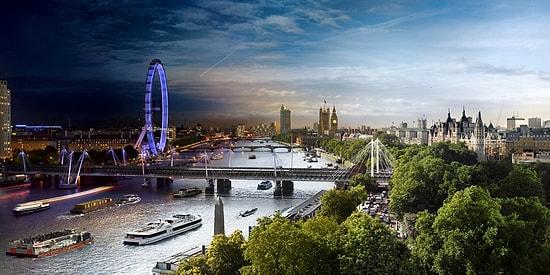 14 Day To Night Transitions Of Major Cities Fit Into A Single Frame!

The mystery of photography is still waiting to be solved after nearly 200 years. In its most basic form, photographs are able to capture a moment. Photography artist Stephen Wilkes' work comes into scene at this moment. Wilkes' project Day to Night captures the day and night in the same photograph. As a result, these mind-blowing landscapes emerge!***All images courtesy of the artist.Stephen Wilkes 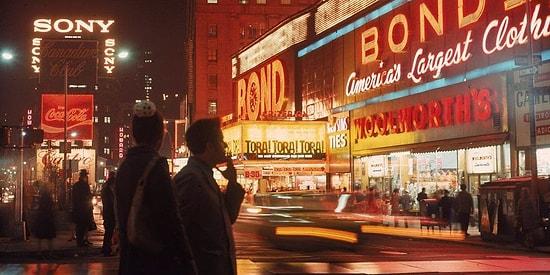 20 Amazing Color Photographs Of New York City In The 1970s!

New York looks absolutely different than it did back in the 1970s. America's largest city was influenced by the variables such as industrial decline, economic stagnation, and white flight.These 20 rare photos are showcasing how America's metropolitan city has changed since the 1970s!
Advertisement 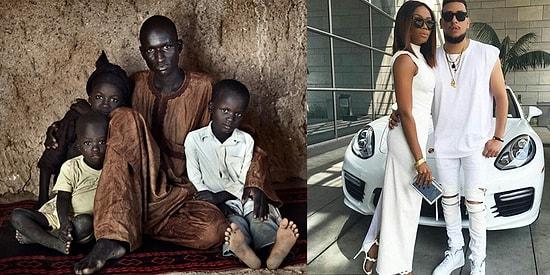 The 'rich kids of Instagram' movement, which started in the US, is quickly spreading! Rich people are encouraged to share their luxurious lifestyle with the whole world. Let's face it, the differences between economic classes are disturbing for every country; and especially when it is exposed, it angers people even more.And if these gaps between different economic classes keep on growing....Let's go to Nigeria! 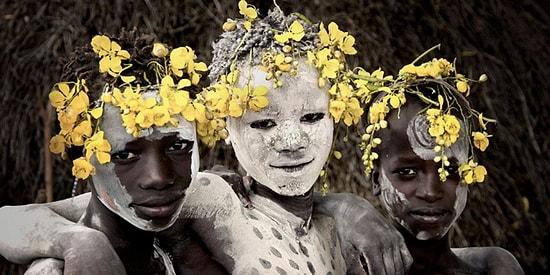 Photographer Jimmy Nelson spent three years of his life exploring the last surviving tribes on the Earth. To some extent, these photographs reveal the unknown world of these tribes which are under the threat of becoming extinct. This is the reason why Nelson's project is exceptionally important. Jimmy Nelson's book 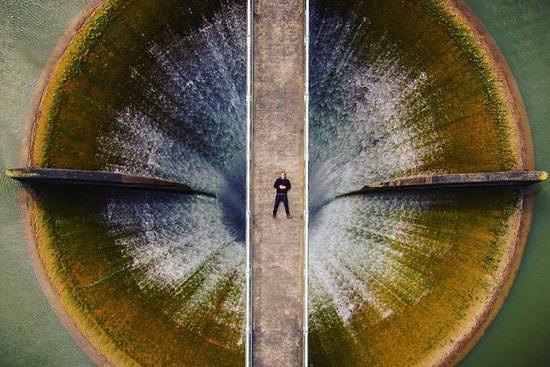 If you’re into technology, you probably know that drones have been on the rise. The good news is that Dronestagram listed the best 20 photos published on their website in 2016.   The word ‘breathtaking’ is just not enough to describe these photos. If you can find a better one, share it in the comments! 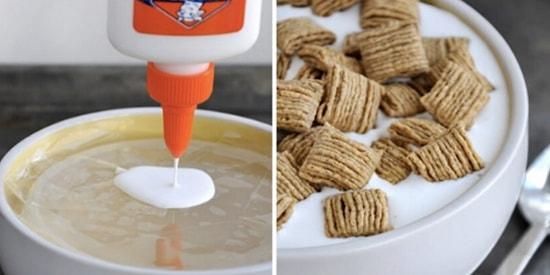 Incredible Photos Of Frozen Baikal, The Deepest And Oldest Lake On Earth!

How would you like to take a small tour of Baikal, which is the oldest and deepest lake in the world? Luckily, you don't have to freeze your ass off! We are bringing the travel guide and the majestic photos from BoredPanda to you!
Advertisement 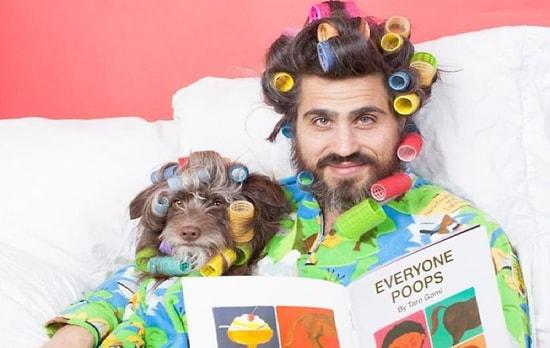 Topher Brophy and his dog became a sensation on Instagram. They wear matching outfits and chill most of the time. They upped the men's fashion game with their skills, but their story is not only about their appearances. 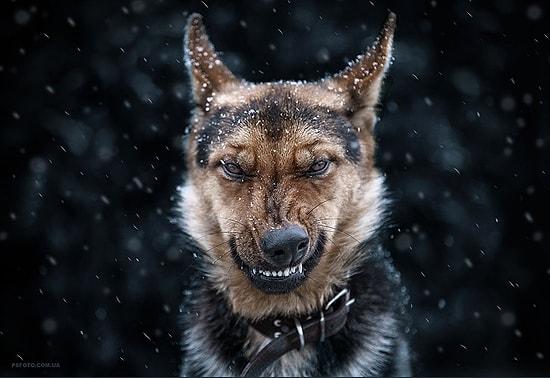 Sergey Polyushko is the successful photographer behind these intimate animal portraits. He likes to take close-up pictures of animals from exotic cats to playful cows. You will fall in love with his work! 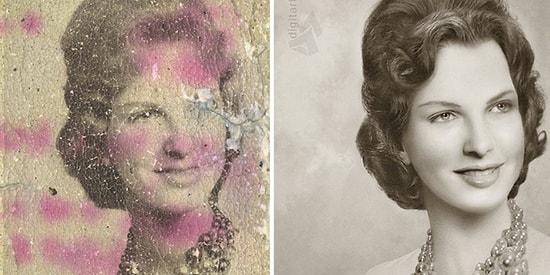 Ukrainian Artist's Photo Restorations Will Reveal The Secrets Of History!

Sometimes a photograph becomes the last physical connection between two people. However, photographs tend to fade away and get distorted in time. This is where Ukrainian artist Tetyana Dyachenko comes into scene.Dyachenko is a restoration artist and she transforms distorted old photographs into new ones. The process includes both healing and recreating the destroyed parts. Here are some of Dyachenko's photorestorations! 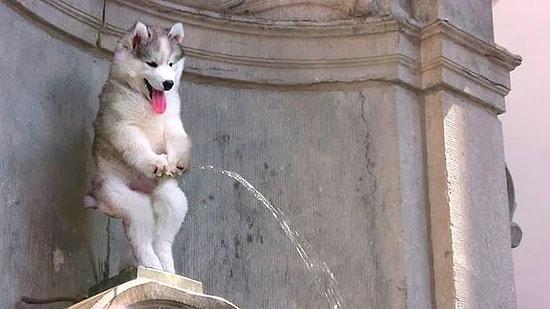 28 Hilarious Photoshops Of The Husky Got Stuck On A Coconut Tree!

We usually expect huskies to pull sleds in snow, but this cute, little, and very fluffy looking husky somehow ended up stuck on a tropical tree! The photoshop geniuses sent their works to Boredpanda, and this dog rocks it in every one of them, including Miley's wrecking ball and Harry Potter's quidditch.Let's see some funny works by very creative minds! :)
Advertisement
Advertisement