Global warming is the term used to describe a gradual increase in the average temperature of the Earth's atmosphere and its oceans, a change that is believed to be permanently changing the Earth's climate.

Also, if it's not stopped soon, Global Warming is serious enough to destroy the earth in the end.

This major threat which still doesn't get the attention it deserves, is more visible when the changes in reefs, lakes or glaciers are observed. And we are not necessarily talking about long term impacts; even 10 year changes speak for themselves.

A method called “Repeat Photography,” which aims to further document the progression of global warming, demonstrates how global warming has accelerated the melting of glaciers over the past 100 years.

These are the next 40 years projections presented in a conference at Bogazici University on December 3, 2013 by Dr. Jørgen Randers, who is one of the most known  academics working on scenario planning  especially on the topics of sustainable development and climate change 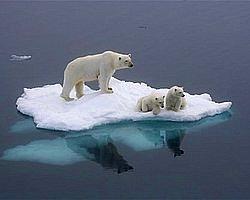 • In 2040s, with the increase in life expectancy and the new births human population will reach a peak at around 8.1 Billion, then stop growing.

• Due to scarcity of conventional resources, use of renewable energy will increase by 5 times in 2050.

• Global carbon emission will reach its peak level in 2030.

• CO2 level in the atmosphere have increased by 45% since 1990. Although the amount being released currently decreased by 8% thanks to Kyoto Protocol and commitment of the EU Countries, this is still far from enough. Trend is still negative due to other  industrial countries' lack of commitment.

•  Also 40 years from now, although there will be enough food to feed all the population, there will still be countries struggling with hunger and famine due to unequal distribution.

• Due to increase in overall temperature caused by carbon emissions, climate change is inevitable.

• In 2050, loser of the game will be the United States due to its matured economy whilst China will win a major economic victory.